It’s been over 10 years since I made the brave move of COMING OUT. Out of the closet that is. Over ten years to announce to the world I am a lesbian. But, you would never be able to tell from my physical appearance. That’s because I’m considered the lipstick lesbian, the femme, or the “girly” one. In other words, the “invisible lesbian.” The world has labeled my gender expression, and it doesn’t scream GAY which didn’t make me feel a sense of belonging to the gay community. 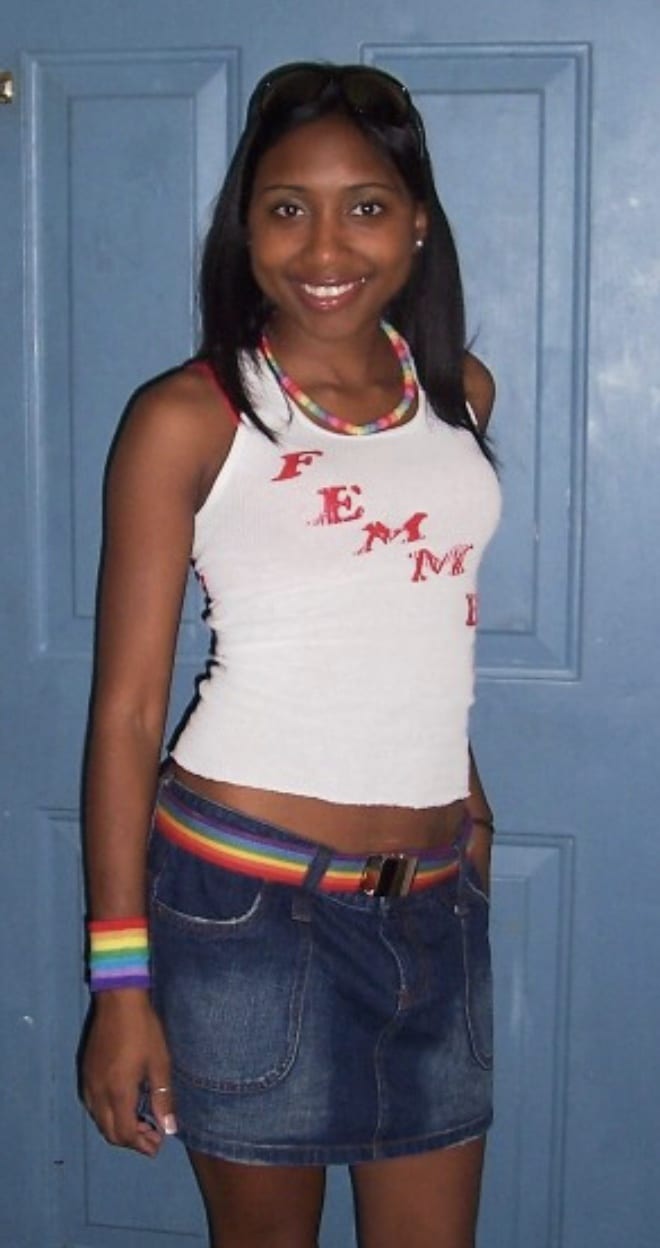 Do straight people announce to the world that they are straight? No! For me, coming out was a personal journey that took courage, strength, and energy in order to deal with what was to come. It was a fragile life moment where I wanted to brave against the norm. I wasn’t what society considered normal. However, I was proud of the woman I was becoming. I am not ashamed or insecure but rather confident and exhibit no shame. But, I am tired of people telling me “You don’t look gay!”

I have to laugh at my younger, naive, gay self in college. I had announced to the world that I liked girls and became so obsessed with popular gay culture and visibility. Basically my girlfriend at the time was a “stud,” or some would label her as “butch,” and I was drooling over her before we started dating. A simple glance at her masculine appearance confirmed her gayness. Just immature. Clothes do not define sexuality. It was her expression. She owned it, and I thought I had to as well. Y’all, I purchased every rainbow shirt, sticker, and accessory I could find. I was a walking billboard for the gay community because I looked like a bag of Skittles. That didn’t work. How would the world know I am a lesbian? Conforming to what I thought a lesbian should look like, I attempted to dress masculine. Snap backs, wallets with chains, and collared shirts. After all, masculinity is more accepted? (side note: I did not think I was a boy by any means.) A HOT MESS I WAS. I thought wearing “male specific” clothes and braiding my hair would alert the world of me being a lesbian. Thought I had swag. Nope, that didn’t work either. People would still say “You don’t look gay!” 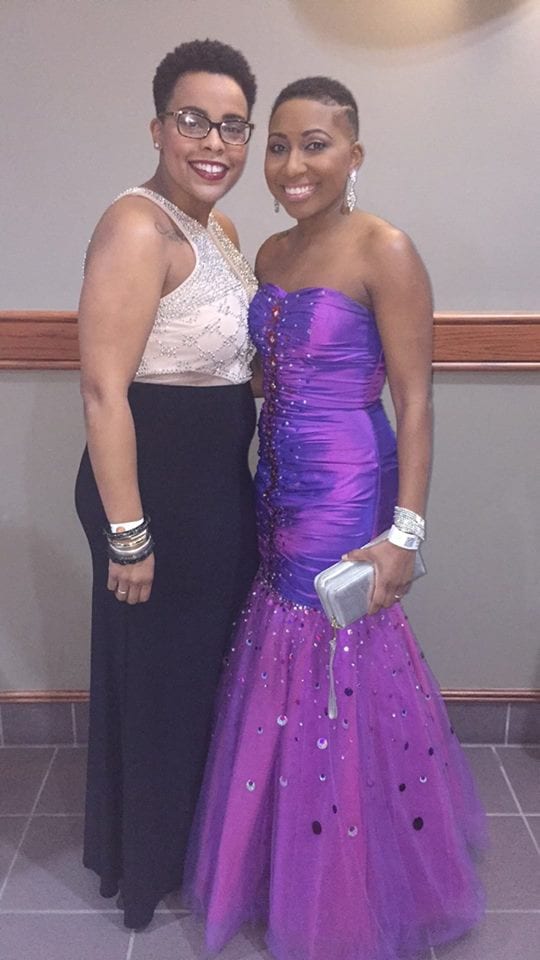 Five years after coming out, I was all the way in the community. I should have been accepted. My sexuality and feminine presentation still made me pass as “straight,” and I hated that. I was proud of my sexuality and wanted to be accepted in my community. Guys still hit on me, and it made my skin crawl even though they knew I was a lesbian. I was the invisible lesbian passing as straight. Super weird. Even within the community, I wasn’t gay enough. I didn’t have a gay face. Even cutting all of my hair, people still said “You don’t look gay!”

Today, I own my feminine expression. I celebrate my skin and actually enjoy not being easy to label as a lesbian. I am the INVISIBLE LESBIAN. I’m aware the LGBT community is a rainbow assortment of different demographics. WE come in all shapes, colors, and sizes but all share one thing … we are gay. It took much self reflection with being comfortable in my own skin. I’m not into sports, wear male specific clothing, or even know about the new gay pop culture. When I meet people, they are still shocked that I am a lesbian and still say “You don’t look gay!” 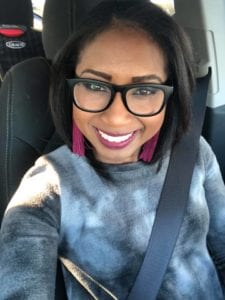 My favorite question is “Are you married?” My response, “Yes!” The next question, “Where’s your husband from?” I giggle and respond with “ She’s from DC!” Their response, “But you don’t look gay!”  My response, “neither does my wife!”

I am a femme, I love bold lipstick, I love jewelry, I love getting waxed, and my nails polished but miss me on the heels. It is challenging to try to be visible as a lesbian because of my feminine appearance, but it’s here to stay and I embrace it all in its glory. I was born this way and I no longer feel pressured to “look gay.” I am very visible in the community as my feminine self and continue to “fly under the radar” because I don’t fit some gender expression stereotype. Pass by my house, and you’ll see our rainbow flag. Attend a pride event, and you’ll see my family in attendance. I am visible.

One reminder :: never assume someone is straight just because “they don’t look gay!” 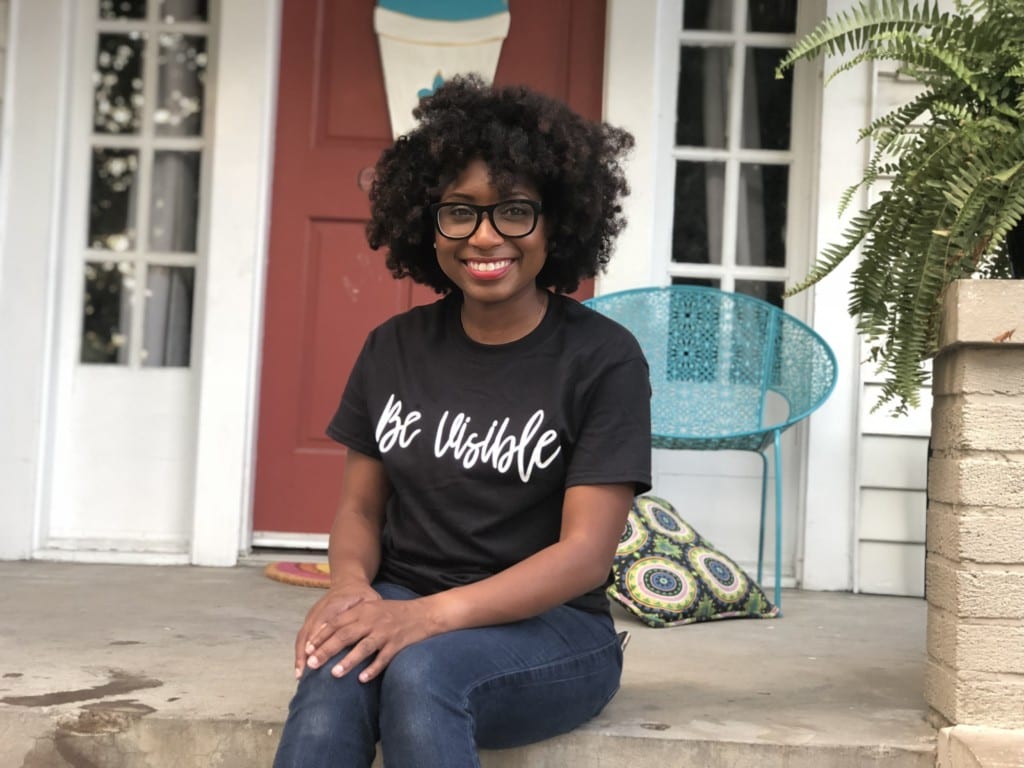 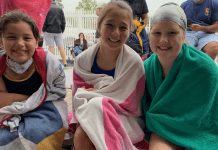 When Your Child Turns a Corner

Eliminate the Race and Celebrate MLK Day with Your Kids

Giving Back :: How Helping the Homeless Has Become Part of...