There’s no doubt about it. Divorce completely sucks. Everything about it is awful … from admitting failure, to losing everything you know, to starting over, to checking the “D” box on every legal form from now until eternity. Of course, you have reasons, and they are very likely valid and will make your family better in time (it’s the time that sucks the most). In the interim, you have to hold yourself to a high standard sometimes even you don’t think you are capable of, making the decisions to
do what you think is best for your family, and hoping a judge will agree. 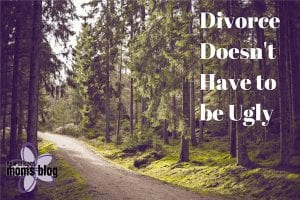 Don’t get me wrong – my divorce wasn’t “pretty.” Outside of the fact that I knew in my heart it was over, my head was screaming “what are you supposed to do now?” I questioned everything, except for the fact that I knew we could
no longer live together. Divorce with children means a waiting period. For me, it was a year of being apart “bed and board.” Check. That I could do. The biggest non-emotional impact, though, was that no legal decisions were really final for a year.

This is where I have to acknowledge that my situation was different than most – we were generally agreeable and both worked hard to commit to making this painful situation somewhat peaceful. Since both of us wanted closure in some respect (legal, custody, monetary), we chose to use a mediator right off the bat. This SAVED me. It helped me feel like that year wasn’t just a “waiting” period; I was moving toward something. In just a few (very difficult) sessions, the mediator helped us to arrange custody, assets and child support. We worked together, reminding ourselves that every single decision we made had to be in the best interest of our two little boys. It was hard – I mean really difficult – to maintain this stance. Emotions had to be put aside and logic had to prevail – an almost impossible task. There were times I thought it would all fall apart and we’d end up in a court battle. After about a month, we had a mediation agreement. Although it was written by an attorney (one which we shared, gasp!), it wasn’t exactly legally binding. This meant we had to behave and stick to the agreement or risk going to court and having things get messy. Neither of us wanted a contested divorce. We didn’t want to trudge through years of court – which is both expensive and exhausting, so we stuck to it.

I knew that divorce can be UGLY. I have seen it with those around me. Each party trying to convince everyone around them that their partner is the worst person ever. The best advice I ever received was to always be respectful. This meant not talking about him, not dragging his name through the mud, and certainly keeping the kids protected from the drama. When the boys asked about Daddy, I respectfully told them where he was (at work, at his house, etc…). Our friends and family knew the rules too – Mommy and Daddy are good people who just don’t live together. I know that this was a big deal in how they dealt with the changes they experienced.

That year was hard. Searching for a job in a new city that would support two little children, all on my own. Learning to be alone (but never really alone). Asking for help and receiving it (that was a tough one for me). Trusting my gut and sifting through the many, many streams of advice pouring in from around me. Accepting that this was my new life, and I had chosen it. Watching my children adapt and flourish. Developing new routines and habits that helped me be a better mom. It took a while, but it did get easier. I started to really trust myself. I actually LIKED myself. I was proud of myself. I had made the right decision and it was evident in my daily life.

This was the “easy” part. When the year waiting period was up, we went to the attorney and signed the papers. We included the meditation agreement, which had all of the details worked out, and waited on the judge to sign. In two days, it all came back and we received copies. Then it was done. We were able to move on – all in good conscience. We found a way not to make it ugly. 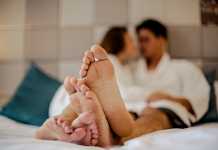