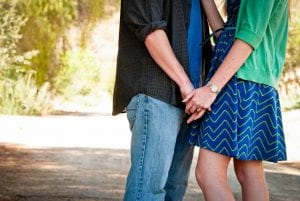 Divorce is not something you think of when you go into a relationship. If that were the case, no one would ever get married. I was young and dumb, to say the least, got married at 22, had a baby at 25. Fast forward ten years and my now ex-husband packed up half our house and moved 1,000 plus miles away. I was broken, angry, and downright grieving my marriage that once had so much promise. I felt the worst for my son. He was only 6 when his dad left so we were on our own to figure out the world, just us.

It took me about 2 years before I was able to bring myself to even think of a man as something other than an awful specimen or to get over the mentality that every man I talked to wasn’t a narcissist. I know all men are not like my ex. I know there are good guys in the world, but I was not in the right mental state to even think that way. I finally went on a few “dates” which were okay but would always turn to the end of the night, which in turn meant, your place or mine.

While trying to navigate the remaining men still available, I had a child at home. Does it make me selfish to want to go out and try to meet someone? IT ABSOLUTELY DOES I would always tell myself. Mom guilt is HARD and REAL. I realized that in order for me to be happy, I needed to be happy with myself. So, I pushed the mom guilt aside, went through a bit of an enlightening period, which then led me to a man that changed my mindset.

Boy was I blind-sighted by this one. My girlfriends and I try to get together once a year at a halfway point between New Orleans and Houston (where they live and where I lived the majority of my marriage). We decided to stay at L’Auberge in Lake Charles. We went out, gambled, drank, and danced our little hearts out. While there, I happened to be on a dating app, because why not, and landed on this super cute, blue-eyed babe! We met up the day I was leaving to head back home and just kept talking. Here we are, 2 plus years later, navigating a long-distance relationship. Is it hard? TOTALLY! Is it worth it? ABSOLUTELY!

My son has a great relationship with him and he is great with my son. While trying to explain to an eleven-year-old why he is so far away is a challenge, it is our challenge and we take it day by day. 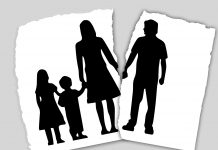 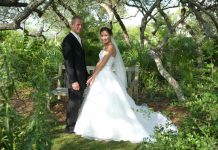 My Journey to Clear & Brilliant Skin