It’s been 9 years. The memories are fuzzy, fading slightly. But some things will never be forgotten. How I evacuated with my boyfriend of a few months, wearing only a bathing suit and cover-up. Literally, no underwear. I was a newly 21 year old, I didn’t need to ‘prepare’ for a hurricane. So off we went in my bathing suit.My dad refused to leave, even though he had a broken foot…in a boot.My sister was 5 months pregnant and had to leave. My mom was a frazzled mess. And I, in my suit, was cool as a cucumber. 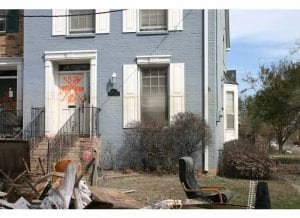 We (my boyfriend-now-husband, his brother and myself) went to their cousins in Monroe since they didn’t see him often, so why not make it fun. They played video games. We didn’t really keep up with hurricane coverage. Until the water came. And didn’t stop coming.To be honest? I felt nothing. Like I said, I was 21. I had lived with my mom, I didn’t ‘lose’ anything. I lost clothes and pictures, but I was pretty naive about it all. In 21 years of living in St. Bernard, THIS was the first time for me. So I was numb, naive, and in for a rude awakening.After all of the shock set in for every. single. person I knew, we had decisions to make.My sister ended up living in Syracuse, New York with my grandma since she was 4 months pregnant. My mom needed a home and work, and so she wound up with a friend in Maryland. We still hadn’t heard from my dad. Eventually, news got back that he was airlifted off of my sister’s roof and had been brought to Houston, broken foot and all.As for myself, I still only owned a bathing suit (a very tiny bikini to say the least!). I had to have someone take me to Target for underwear. And borrow clothes. And little by little, borrow money from my “boyfriend.” My choices were scant: I had just been accepted into, and started, at LSU Dental in the Hygiene program. They offered two options: attend school in Baton Rouge for an undetermined amount of time or wait until school was back in New Orleans and have an automatic acceptance. I felt stuck. No family, no money, no scrubs or books to attend dental hygiene courses, nothing material to my name, having lost the first and only vehicle that had been donated to me only a month before. For an extremely independent 21 year old, I was, for the first time, 100% dependent on someone. And he was merely a boyfriend.My story ends well. My family eventually all came home. We rebuilt our lives. I ‘re-bought’ all of those material things. I married that boyfriend. Nine years later, it’s getting blurry, but the one thing I’ve taken from it is this. Nothing in this life matters except for love. Love for yourself. Love for others. All ‘things’ can be taken. They can be lost, they can be drowned in hurricane water, but they can be found again. And this includes love. It truly never fails.In conclusion, I’d like to share that I recently recounted this whole tale to a driver in Indianapolis while on vacation. We all know as soon as we say we are from New Orleans, the questions come. And I’m proud of the story I have. I’m proud that at the ripe old age of 21, with nothing to my name, I learned huge life lessons. I learned the value, or lack thereof, of possessions. And you know what? That driver was proud of a now 30 year old stranger in his car that day. 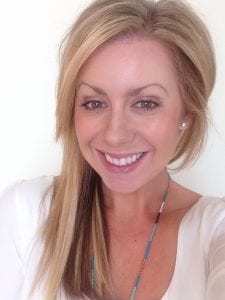 I am a lifelong resident of New Orleans, having grown up in Chalmette and now reside in Metairie. Married for 6 years to a husband who will literally only leave New Orleans come Hurricane or High water- our hearts are at home in NOLA. We  started out family soon after marriage, losing our first baby at 8 weeks and then giving birth to a daughter, Randi Claire and 17.5 months later a son, Max. Yes we count the half of a month. As a stay at home mom, my days are long. They are not always easy but they are filled with love every single second. Love for myself, my tiny family and my city which has blessed my life with some pretty amazing people. 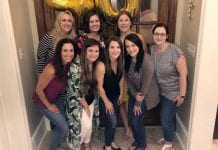 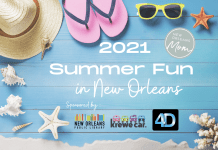 Girl Vs. Grill: Top 10 Items For Your Summer BBQ Available...