Growing up I went to public school, and I always thought I’d send my kids to public school. Then I married a native New Orleanian who was strongly for Catholic schools. Still, I didn’t give it much thought until I was pregnant with my first of four: three girls and one boy. Then I started looking at Catholic schools more seriously. At first it wasn’t really the idea of sending them to an all girls or an all boys school, but what was best for my children. Now my oldest has graduated from Sacred Heart Academy and I have two still there, and my son just started at Jesuit after being at Stuart Hall for elementary school.

The Pros of Single-Sex Education 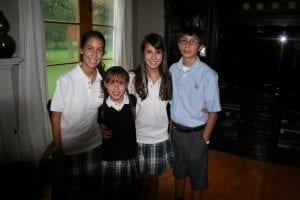 At first I thought there was just something sweet about it being all girls. I liked the idea of my girls not having to compete with boys in a classroom setting, or as they got older, feeling the pressure of dressing up and wearing make-up to impress the boys.

Boys and girls are just wired so differently, and I liked the idea of a classroom setting where teachers could work with girls’ strengths for the girls and boys’ strengths for the boys. For example, just working with my own kids when we would decorate cookies, the girls would sit and meticulously decorate the cookie, while my son would just kind of throw it together as fast as he could so he could eat it.

Looking back, I really think my girls would have gotten lost in a classroom with boys, and my son would have been miserable in a classroom where he’d be asked to do things to accommodate the girls in his class. After all, he and his dad are outnumbered two to one at home. For my son, it was like heaven on earth to go into an all boys setting. I can still hear his pre-school teacher at Stuart Hall telling us how he was sitting there talking with another boy in his class about football, and he was so excited to have another little boy to talk to! Plus we really liked that in the all boys environment at Stuart Hall the boys could find their niche and be happy with it; it was actually cool to be the spelling bee winner or part of the chess club. I am not sure if that would have been the same in a co-ed environment.

We dabbled in co-ed as well

When it really made sense for us was the infamous Katrina year, as my children had to attend school in a co-ed environment. My second daughter was really bothered that the teachers fussed more at the boys. And now, my oldest is a sophomore in college and she talks about how she really misses the environment at Sacred Heart – even the uniform!

Of course there are trade-offs. When “High School Musical” came out my daughters questioned what they were 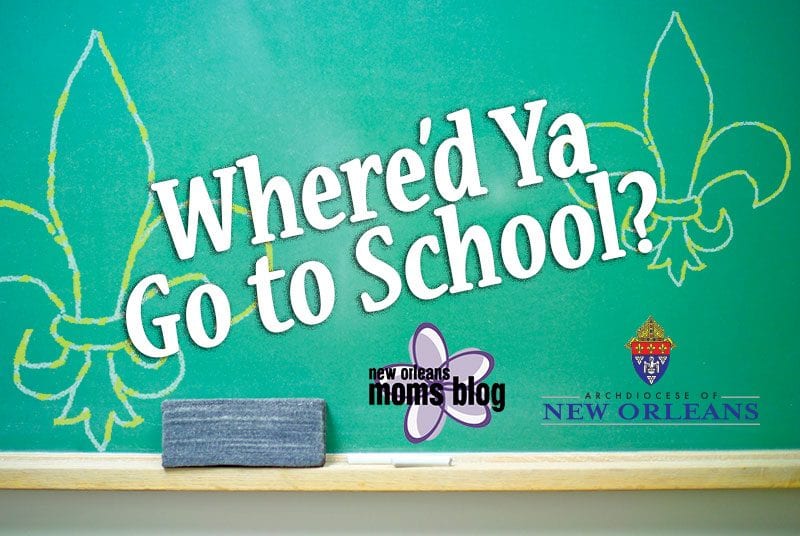 missing out on in terms of football games and pep rallies. I did have to tell them that real life wasn’t quite like the movies, but we talked it through. And in single sex schools there are the same issues that all teenagers face. Jesuit High School actually did a great job talking to parents from the start about being vigilant over our children and paying attention to them and their friends because drugs, alcohol and violence are out there in the world, and now technology adds a whole new dimension to raising teenagers as well.  I like that they were really open and honest with parents about issues so we can really be open and honest about them with our son and daughters.

So while we may have kind of backed into our decision to send our children to single-sex Catholic schools, it works for us and it is a decision I think our children appreciate now and will into the future.

Did you choose single-sex education for your children? Why or why not?

A special thank you to the Archdiocese of New Orleans for sponsoring this fun one day series “Where’d ya go to school?” to open the conversation about school choice and tradition here in New Orleans.

But First… a Selfie with Santa! Canal Place Santa is the...