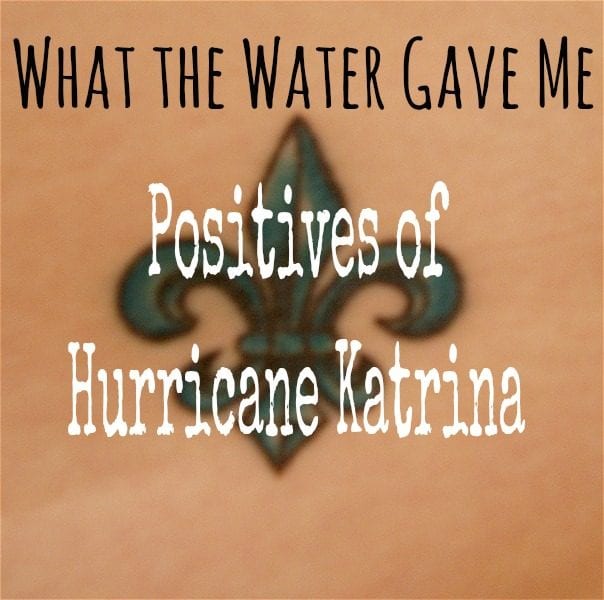 We never evacuated in the 22 years I had been alive. Not once. So when I got a phone call at 5:30 AM while I was unlocking the doors to the Starkville, MS coffee shop where I was a barista, I KNEW it was bad. “We’re coming,” Dad said. “Make room for us, and apologize to you roommate.” What was normally a five hour drive took them nearly nine hours: Mom, Dad, my 17-year-old brother who had just started his senior year at Brother Martin, my 85-year-old grandmother, and a thirteen-year-old labrador retriever. With them, they had enough clothes for four days, a computer, the lock box with important papers, my brother’s golf clubs, and my deceased grandmother’s silver and jewelry.

We did what everyone did the next 36 hours: watched tv and waited. We breathed a sigh of relief when the news announcers uttered those now-famous words, “it seems that New Orleans has dodged the bullet.”

A few days later, still glued to the news, I looked at my mom and asked her what we were going to do about my brother. “School,” she said. “I hadn’t even thought about what he’s going to do.” We got the ball rolling and got him enrolled in the public high school there. He had enough credits from his time at Brother Martin that the only class he needed to receive a Mississippi diploma was English, and they were on block scheduling, so he’d be able to graduate in December and enroll at Mississippi State with me if he couldn’t come home.

We came to find out that WE had indeed dodged the bullet. For all of the crap people gave me about being a Westbanker, I selfishly thanked my lucky stars that we had a home to go to. My gratitude quickly turned to guilt as I started to hear from friends and family members who weren’t so lucky. Over time, I fell into a deep depression and even attended a counseling session through MSU. The counselor didn’t understand why I felt so lost, so guilt-stricken, so heartbroken. We all found out later that a large portion of the population would suffer from Katrina-related post traumatic stress disorder.

For a long time, I mainly focused on what we all lost as a result of Hurricane Katrina. Nine years and a lot of perspective and introspective later, I’ve been able to find some positives in all of the heartache.

She gave me a close relationship with my brother.

My parents returned home when Orleans Parish opened; they left my brother behind with me. I’m sure it wasn’t easy for him to be left with his sister five years his senior, in a strange place during what should have been the most fun year of his high school career. He was supposed to be the captain of the golf team. We both grew wise beyond our years in those months where it was the two of us. We had a lot of fun together, we shared a lot of tears, and quite a few fights. I don’t know that we would be as close as we are had we not been forced into that situation.

The defining moment for my relationship. 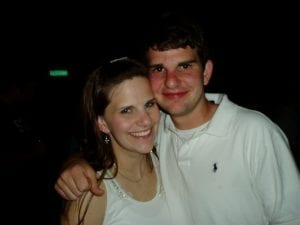 A few months before our college graduation in 2006, I said I was going home at all costs. It didn’t matter that I didn’t have a job and I’d be back home with my parents. He said he was coming with me. We never looked back, even when our decision made family members uncomfortable. It was the best decision we ever made as a couple.

A call to witness.

Seeing people from all walks of life come together for the same reason was incredible. The breath of life was visible in people’s eyes behind the heartache; we were bound by the invisible gravitational pull of our beloved city. All of us wanted nothing more than to be home. At any cost.

I was able to assist in the rebuilding of the zoo, where I had been volunteering since age 11. I watched landmarks come back from the dead. Creativity blossomed.

A chance to experience history. 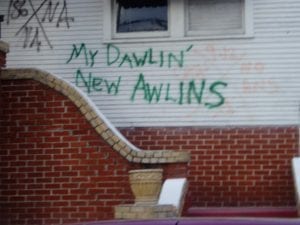 I was in the dome for the Gleason block, and the Hartley kick. I danced and cried on Bourbon Street with strangers after we won the Superbowl. I shed the same tears as the stranger next to me while The Roots of Music marched down St. Charles Avenue in 2006.

A chance to raise my children in the greatest city in the world.

My heart still aches when I think about everything New Orleans lost. There will always be a hole in each of us where “before Katrina” used to be. There will always be “what-if’s” and “why me’s” and wondering. I can’t say I’m glad she came our way, but I darn sure am grateful for the pieces she left behind that I was able to pick up. Pieces with which I’ve been able to build our flawed but beautiful little life.

How I Spent My Weekend Alone