Going to the movies was always such a blast growing up. I looked forward to going with my dad and sisters, and as the years passed and I got older, I enjoyed going with my friends. I remember the anticipation from seeing the previews on TV and the movies being advertised via merchandise.

Not much has changed with my own children. My 7 year old Noah anxiously waits with excitement for movies to be released. I enjoy being able to take Noah and his younger brother to the movies and let them pick out a splurge snack at the concession stand. It’s such a fun experience … until it’s not.

With the recent shooting being only a few hours away at the movie theater in Lafayette, I’ve been reluctant to take the boys to the movies. However, last week my husband and I decided to take our boys as a special treat since Noah was off of school. We let Noah decide on the movie and off we went to a weekday matinee. 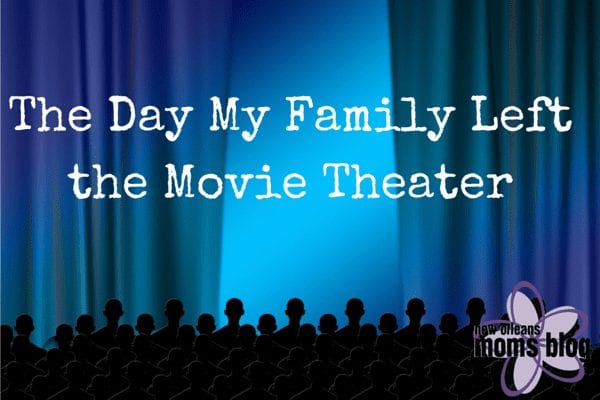 Ever since the shootings happened in theaters a few years back, I’ve truly made it a habit to find the exits once seated. I may sound paranoid, but you can never be too safe, right? We quickly saw that we were the only ones in the theater and Noah thought that was super cool.

While watching the previews, an older gentleman walked in with an oversized coat and a large crossbody bag. Red flags went off in my head. What is an older man doing alone at a cartoon matinee? I just kept telling myself that I was overreacting.

Before the movie started, my husband insisted that we take the boys to the restroom. Once we were outside, my husband asked me if I found it odd that the older man was at the movies alone and with such a big crossbody bag. I immediately said YES and was thankful that my fears were shared by someone else. I should note that my husband is the calm one in our marriage so for him to feel uneasy was a bit odd.

We mutually decided that, since we both felt uneasy, it was best to leave. We told management, and once we did, she even made the comment “are you referring to the older man with the big coat? I had a weird feeling when he came in.” With that, I knew we made the right decision.

Noah is now 7 and understood that when we said it was time to leave, he acted appropriately and followed along. Now my 4 year old? He was hysterical that we had to leave. I literally had to drag Liam kicking and screaming outside.

With the Lafayette shooting hitting way too close to home, I just couldn’t help but think of all the possible “what ifs?” I don’t know how I would have been able to live with myself if something happened that day. I’m totally team “better safe than sorry.”

It is so sickening that we even have to have the thought of something so terrible happening while doing such a normal thing like going to the movies as a family.

Have you ever been put in a situation with your children where you had red flags go up? What did you do? How did you handle it? 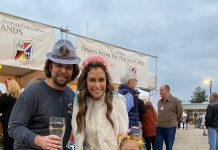 When Your Child’s Safety Is Out of Your Control {Preparing Your...