Once upon a time, I said “my child will never have a tablet.”

And then, we booked a trip to Indiana. In an attempt to be overly prepared and avoid toddler meltdowns in such a small space, we bought a kid’s tablet and put a few shows on it. It worked like a charm!

Soon after our trip, we started to take it to restaurants and errands because it made things easier. It didn’t take long before he could watch it at home, too. Fast-forward two years and we have a problem. 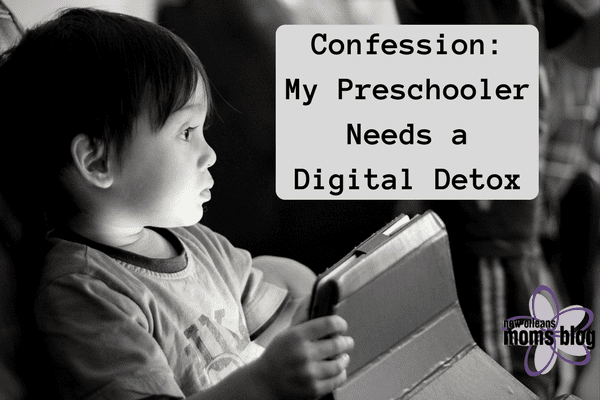 Between my phone, the TV, and the iPad, my four-year-old always had some sort of show for him to watch. Taking away the phone / TV / iPad always resulted in a megasuperultra meltdown. Sometimes it was better to let him have it and enjoy the peace and quiet. If I felt like he needed to get off the iPad, I would try the passive-aggressive route and disconnect it using an app on my phone. A low-point for me, I know.

A couple weeks ago, we reached a breaking point.

It started to take HOURS for him to fall asleep. We would try to get him to bed at his normal time and FOUR HOURS LATER, he’d still be awake. Even worse, he would not stay asleep through the night. He would wake in the middle of the night, get out of his bedroom, and have a party in the living room. I started to have nightmares of him waking in the middle of the night and hurting himself in the kitchen. We tried staying up late to make sure he fell asleep, but that made it equally miserable. He was tired; I was tired. It was like having a newborn all over again.

He became a living terror irritable (due to the lack of sleep), so discipline became a regular battle. Every little thing would set him off. It seemed our sweet, usually even-tempered child had disappeared overnight. I spent the little time I got with him after school with him correcting, redirecting, and putting him in time out.

We tried everything to bring him back to his original schedule. Relaxing bubble baths, sound machines, a bedtime story about a sleep bunny. Heck, we even tried bribery: “if you stay in bed all night, you’ll get a surprise in the morning!” Even if he stayed in bed, I still felt like a failure of a parent. Was I going to have to bribe my preschooler to establish a bedtime routine?

My husband and I decided to give our son’s afternoon routine a complete overhaul. Tablet? TV? Phone? All gone. We did a cold-turkey detox. At first, he’d ask to watch a show, and he’d start throwing a fit when I told him “no.” After a while, though, I started to notice some positive changes. The tantrums lessened. The bedtime routine got easier. He stayed in bed all night – without bribes (for the most part). We were all HAPPIER.

Here’s the kicker – removing the phone / TV / iPad was not a “one and done” sort of thing. It’s a continuous battle to find a balance between what’s convenient and what’s good for my kid. Does he ask for the tablet? All. The. Time. Do I let him watch it? Sometimes. But not nearly as much.

I’m keeping my preschooler’s viewing habits, and myself, in check. 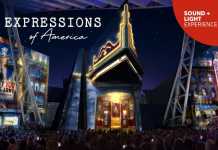 Experience Expressions of America at The National WWII Museum