For as long as I can remember, I have known that my family is very Irish.

Some of my earliest memories are of old ladies stopping us in grocery stores and malls to comment on my bright red hair and freckles. And I knew I had my Irish ancestors to thank for that.

I also remember my family being stopped by strangers who had to comment on how many of us there were. They would literally count us out loud.

“Seven children?! You must be Catholic!”

I had my Irish ancestors to thank for that too.

I’ve also been taught to be very proud of being Irish.

We are fair skinned, red haired, hot tempered, hard working, and a little rough around the edges. We love a good party and are as loyal as the day is long.

Being Irish and Catholic in New Orleans is not unusual. As a port city, New Orleans has seen huge waves of Irish immigrants over the last three hundred years. Like most immigrants, they came to America to find a better life, more opportunity, and freedom, and most brought their Catholic faith with them.

But when the Irish arrived in America, they found many more obstacles than they ever expected. Signs reading “Irish Need Not Apply” hung from establishments across the country, denying Irish any opportunity they hoped for.

Here, they were hired for dirt cheap labor to dig the New Basin Canal, a stretch of land dug into a waterway to connect New Orleans to Lake Pontchartrain. Between the cholera epidemic and yellow fever, roughly 8,000 Irish died in the process of creating the canal.

But that great tragedy did not get in the way of the love affair the Irish had with New Orleans.

The Irish literally rose from the dirt, worked to the bone, and have held some of the most respected positions this city has to offer. They have known success after years of heartache, and they have persevered through unconscionable injustice, beginning in their home land and carrying through to America as well.

The Irish are known for their tenacity, their love of whiskey, and their propensity for a good fist fight. They also tend to have big families and no matter how late they are out on a Saturday night, they’ll be on their knees in church on Sunday morning.

When it comes to being Irish in New Orleans, well, considering one well known neighborhood in the Garden District is called the “Irish Channel,” we take being Irish pretty seriously. This particular area of the city was flooded with Irish immigrants, who married, and in turn, had huge families of their own.

Here, being Irish on St. Patrick’s Day is so much more than green beer.

Across the city in the weeks before March 17th, various organizations prepare for parade marches, with members of every heritage gathering together to construct an annual massive celebration of Irish history. Huge intricately decorated floats make their way down the route, full of riders bearing gifts of beads, stuffed animals, and of course vegetables- mainly cabbage- to gift to revelers lined up and down every street in its path.

Hundreds of men, dressed to the nines in their white and green tuxes or, in my family’s case, their kilts, and walk those same streets that once held struggling Irish nearly two hundred years earlier. They hand out a rose in exchange for a kiss, because let’s face it, an Irish man is as flirty and charming as he is scrappy!

Here, we celebrate hard work and success, whiskey and tenacity, married together in harmony. We link arms with friends of every background in this gumbo pot of a city, and remember where we all started. We hold onto those precious characteristics, those that make us uniquely Irish, and we honor those who came before us and contributed so much to our great city.

Being Irish on Saint Patrick’s Day is so much more than green beer and green converse and light hearted pinches.

Being Irish is standing in that same neighborhood where your Irish grandfathers walked, and worked, and drank and fought for a hundred years, and then seeing your dad (the oldest of 11 children!) and his five brothers as the Grand Marshals of the Irish Channel Saint Patrick’s Day Parade – a dream come true for our family back in 2018! 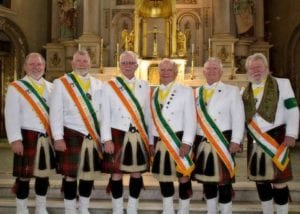 It’s a champagne toast with your 100 closest relatives (really!!) in the middle of Magazine street – the very same street that your great x3 uncles were arrested for fighting on 150 years earlier (really!!).

It’s seeing other Irish families who have for generations grown up together in this very neighborhood – families who have broken every barrier set in front of them to become successful, well known, and respected in a city that once rejected them.

It’s eyes welling up with tears and hearts swelling with pride, knowing that the blistering work and determination and faith and deep love of family and country that our great great grandfathers had runs deep in our blood.

But this is New Orleans, which means we will find any excuse to get out and party!

So around St. Patrick’s Day, put on your green, and head out to the city of your choice to celebrate! 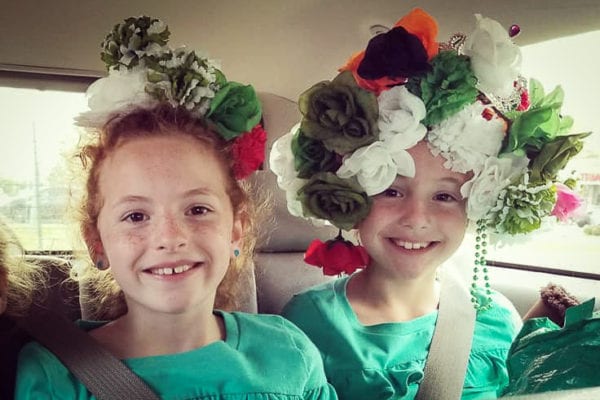 And if you’re not lucky enough to be Irish, don’t you worry, we will welcome you with open arms and a Guinness toast! Pack up the family and find a spot on Magazine or St. Charles Avenue (or wherever you are in the world) to dance a jig and drink a beer, catch some fresh produce, and celebrate the indelible impact that the Irish have had on New Orleans! 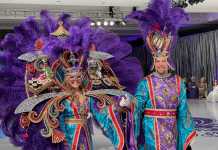 Dear Diary: What 23 Years of Keeping a Journal Has Taught...

Bloom, Mamas: Turn Your Hobby Into a Side Hustle