May 28, 2022 has come and gone without any threat from the tropics! Who could have foreseen that!? Well, probably not the social media account that, back on May 12 (more than two weeks prior), shared a single computer model image. No analysis, no explanation, no discussion…just a single screen-shot with the quote “…HURRICANE in GULF OF MEXICO the last week of May.” 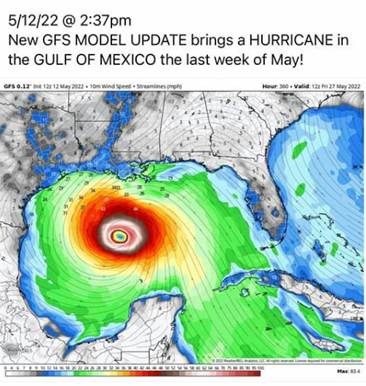 I’ve chosen to leave the name of the page off as there is no use in following a click-bait, melodramatic page at best…unknowledgeable, reprehensible at worst. And while I don’t believe the intentions of this page were necessarily malicious, this was clearly shared by someone without any knowledge of the science of meteorology and no skill with working with computer models, and ZERO regards for the public along the Gulf Coast who have had to battle their way through two incredibly busy hurricane seasons. 2020 and 2021 were hell for all of us. Countless cones, several hurricanes, and three major hurricane strikes in Louisiana. We had reached the breaking point, but many outsiders didn’t care.

What are residents of the Gulf Coast supposed to take away from this post!? Is it useful? Is it helpful? Did anyone see a computer model 16 days out and think “I need to begin making preparations?” Or did you freak out!? What was its purpose? Some will say “It was only to prepare us.” “There was nothing malicious, I want the warning.” The problem with deterministic weather forecast models (like the GFS), is that beyond one week, they are useless, especially with the tropics; especially when it is attempting the project a tropical system that isn’t there yet. This image and the sensational headline were simply to stir emotion! And it seemed to have worked! The public got nervous, and I became furious!

I have made it a goal to provide the most useful and necessary information to viewers over the past 18 years. Not a constant inundation of every computer model run, not useless speculation on every “Invest,” not a check of every cloud over the Atlantic which may or may not form into a named threat. There’s no need to show the public all the massive amounts of sometimes indecipherable data, all the occasional garbage model outputs, or the unimportant atmospheric quirks that can be misconstrued.

There was a time…20 to 25 years ago…when all the various computer models were only accessible to qualified forecasters at the National Hurricane Center. The public would only see the data after it was “sifted through,” quality controlled and clarified for consumption by laymen not expected to understand the intricacies of numerical weather guidance. Now, for better or worse, all this raw data is available to the general public for it to be misunderstood or misinterpreted, usually leading to fearful conclusions.  It is a running joke amongst degreed meteorologists that when the tropical season begins, the GFS spins up a tropical system in the longer range of the run. It’s an anecdote; it’s NEVER taken seriously by those in the know. We call it a “GFS-icane!” And yet, these humorous data outputs are shared as gospel to an unsuspecting populace. These posts on social media outlets then tend to be shared thousands or tens of thousands of times. This is often the sought-after accomplishment of the “weather wannabes” on social media, or as I call them “social media-rologists.” They jump at the opportunity to share terrifying images from sometimes reliable weather models to get likes and clicks! So, I warn you…be wary of sensationalist posts, even when it’s composed by a credible meteorologist. I will add, that I have observed broadcast meteorologists who have jumped on to early model runs showing the early stages of potential development and immediately share those images and use their limited experiences to be “the first.” I’d rather have confidence in my forecast than be the first one posting. Those that seem to thrive on the stirring of the emotion of the public, ought to be avoided. Those credible sources with an understanding of human suffering and emotion will limit the use of hyperbole and dramatic headlines!

Is there a Doctor in the house!?

This brings up another recent article, shared by various news outlets, not just social media accounts. This was the headline:

“Bad news for the 2022 hurricane season: The Loop Current, a fueler of monster storms, is looking a lot like it did in 2005, the year of Katrina”

Here’s what makes this post different from Lil’ Jimmy’s Weather Fan Page, it’s written by a Ph.D. (not that Dr. in front of your name places you above being misleading, discredited, or questioned…science is always up for discussion.) The article, shared by numerous well-established media outlets, appears to correlate the loop current (a pool of deep, warm water in the southeastern Gulf of Mexico) of May 2005 with that of May 2022 and brings up “Katrina” you know, for good measure getting emotions stirred and resurrecting very difficult memories for those of us along the north-central Gulf Coast. The article can be found here. Here are just a few concerns with the article.

If a storm passes over deep warm water with optimal atmospheric conditions, then yes, then can rapidly intensify. But how about we broach the subject when it comes up…shall we? Before a season begins, we cannot know if this scenario will even occur. So far, as of this writing, it has not. 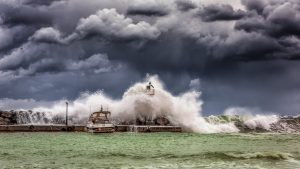 The talk of a hurricane in late May and the loop current all were posted before June 1, the “official” beginning of the Atlantic Hurricane Season. I had to spend precious time addressing these posts both online and on-air as they went “viral.” So it does pose the question, do I address every post, every shared article, every controversial comment with references to weather and the tropics? If so, I’d need an extra set of hands to just focus on the misleading, incorrect, and downright wrong online content. If a post causes concern, then I will make every attempt to perhaps better explain or place it into context. If it is another’s forecast, then I will suggest asking that forecaster. When a viewer comes to me and asks “You said Tropical Storm Herman would more likely impact southern Mississippi, but so-and-so at Channel 14 said Panama City. So, who is right?” I can only offer my thoughts on my forecast, not someone else’s. However, with regards to a sensationalized post that has gone viral and caused concern, I will step in and discuss.

It has become incredible over the past several years how much meteorologists are now not only responsible for their own analyses, discussions, and forecasts but also for those of others who the public requires clarification. I personally have never been asked to further discuss my forecast (I make every attempt in my allotted 3 minutes and 30 seconds to defend my forecast), but I have been asked to elaborate on what another meteorologist is thinking with theirs. My answer is always the same, “I don’t know what they’re thinking, ask them.” Sometimes, however, articles become bigger than just a simple rain chance when they attempt to dictate the conditions of an entire season and those potentially impacted over the course of 6 months. How arrogant is someone who believes they can predict the impacts of a season!? I’m not talking about the “seasonal forecasts” issued by various organizations such as Colorado State and NOAA. I mean the audacity to bring up Katrina and add it “looks awfully similar this year.” There is no way to know exactly what an individual season will look like. We have better tools and skill to provide a rough estimate of perhaps the total number of storms, but no way to know who will be affected and what those impacts will be.

My advice is always the same, no matter the seasonal forecast, We take the storms one at a time. And after the last two years, let’s pray we don’t have to take anymore anytime soon! 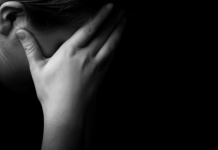 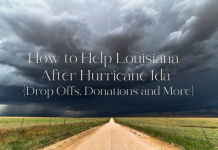 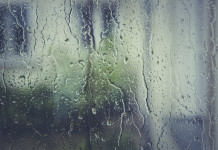 On a journey to find my healthiest self