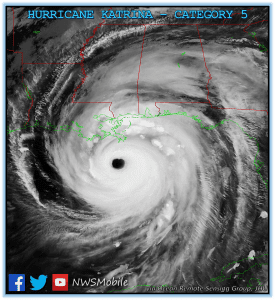 My family has lived in New Orleans for generations. I remember them talking about Betsy all the time, “I didn’t evacuate for Betsy” and “I survived Betsy” blah blah blah. But this storm coming, this storm was different. It was big and ugly.

As she slams through Florida and starts picking up speed, we knew it was time to go. She didn’t lose strength by going across Florida, she turned into a Category 1, then all of sudden she was in the Gulf of Mexico and she was Cat 2, then Cat 3, then Cat 4, and right underneath our beautiful state, sat a Cat 5 Hurricane, Katrina. 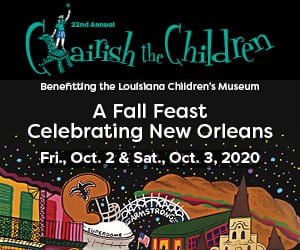 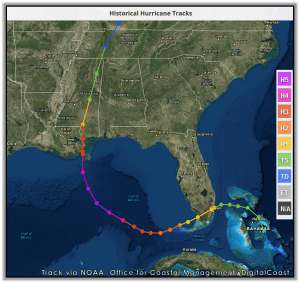 Our family only evacuates if the storm is a Category 2 or more, we usually stay for Tropical Storms and Cat 1 storms. Once she turned into a Cat 2, we packed up our car and headed North. It took us about 9 hours to get to Memphis, normally it is a 6-hour drive, 5 and a half on a good day. My uncle is a Christian Brother and was in Memphis for several years, and they welcomed us with open arms. We decided to leave at night because the interstate was already bogged down with everyone heading West. Traffic was still horrible any which way you went.

August 28, 2005, we stayed up watching Katrina come onshore hitting the gulf coast. So much wind, but I do not recall a lot of flooding at first. I was trying not to think about how much damage we would return back to. I was getting married the next year and I was worried about all my venues being damaged and my wedding not happening, how selfish of me at the time. After a while, it seemed like the worst was over, power was out, tree limbs were everywhere. Then you see the canal with a gaping hole just pouring water into our already vulnerable infrastructure. People on their roofs waiting to be rescued, bodies floating in the waters, the Superdome inundated with people, and also, the Convention Center. My heart ached for my city, I cried so much knowing the devastation was too much to fathom. Twelve feet of water took over homes in St. Bernard Parish, the Ninth Ward, and in Lakeview to name a few. The high school I went to was in the Lakeview area and I remember seeing a picture of the statue that is in front of the entryway and all you could see was the top of its head.

We were allowed back into the city several weeks later to clean out our houses as much as possible but then had to leave before dark. I will never forget the smell of opening the refrigerator in the early September heat and just remember losing it. Seeing it on TV is nothing like seeing it in person. We were so fortunate that we didn’t flood, only wind and roof damage. The city looked like a war zone once the water receded.

But, if there is anything we know as New Orleanians, it is that we bounce back bigger and better, and that is exactly what we did. It took a long time to get back to being The Big Easy, but that is just what makes me love this city even more. We are resilient.

What is your Hurricane Katrina story?

What is Your Parenting Style?