We watch helplessly as long lines of New Orleanians make their way into the Superdome, clutching pillowcases, suitcases, and small children.

We watch this scene on a small TV screen in New York’s JFK airport, squeezed into seats at our crowded boarding gate. Destination: Beijing, China. 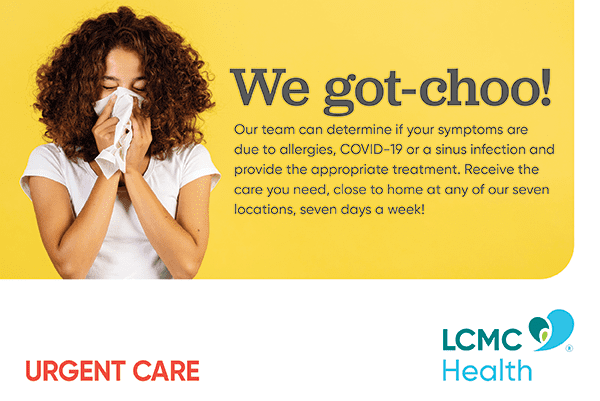 Most of our fellow passengers pay little attention to the CNN broadcast in front of us. Most have their minds set on returning to, or visiting, the other side of the world. We should also be thinking of our destination, a short layover on the way back to Gifu, Japan, where my husband Hazim and I are set to finish a school year teaching English in rural public schools. Instead, New Orleans has consumed our thoughts.

Just days ago, we left the Big Easy. Hurricane Katrina was a category 1 storm then, hitting Florida. Another landfall in New Orleans was possible, but unlikely. “Go home and start packing! Time to evacuate!” we joked at MSY airport with Haz’s brother and his family. Of course none of us knew this airport would soon be used as a triage unit for critically injured in the aftermath of the “the Big One” New Orleanians have always feared.

This had been my first visit to the Crescent City. The intense humidity, low-lying streets, random conversations with strangers, historic architecture, decadent meals, jazz and brass band beats everywhere…. I was immediately enchanted. Where had this place been all my life?  I had never visited a city with so much flavor, that felt simultaneously so exotic and familiar, so very Caribbean, European, and American, all at once. New Orleans welcoming arms pulled me right in.

That week we went to the Maple Leaf Bar to hear the Rebirth Brass Band perform their famed Tuesday night set. We popped into clubs along Bourbon, toured City Park and the Audubon Zoo, and enjoyed jazz brunch at the Court of Two Sisters, where I had my first slice of king cake. During a meal at Joe’s Crab Shack, I marveled at how calm and enormous Lake Pontchartrain was, and photographed an image of her stillness. We enjoyed all of these quintessential touristy experiences without the perspective of knowing that it would be Rebirth’s last Tuesday performance for nearly three months, that the French Quarter would soon be sitting in water, that Joe’s would literally be wiped off the map.

The week before Katrina was also the first time I met Haz’s family, as we were newly engaged. I visited my future sister- and brother-in-laws, nieces, and nephews in Chalmette. We sipped coffee and chatted about the quirks of New Orleans and our world travels in Haz’s brother’s single-story ranch home that would soon be inundated with flood waters higher than its roof.

Our extended family had already evacuated to Texas by the time our plane to China began to board. The menacing neon Katrina blob barrelled its way through the Gulf as we lined up with our luggage, straining to keep the airport TV in view. We knew that once we sat on the plane, we would have few, if any updates on the outcome of the storm until we touched down in Beijing, 15 hours, or more than a full day later. The worry in our hearts made it impossible to relax or sleep. Blasting from my headphones, Rebirth’s once contagious rhythms suddenly seemed so out of place.

Two disasters devastated New Orleans while we were in the sky: the natural disaster of Hurricane Katrina, slamming the city as a category 5 storm, and the man-made disaster of levee failure. Friends and strangers all over the area axed their way out of roofs, swam to safety through tepid water, risking their lives to help each other.

We arrived in Beijing in the first hours of August 30th, and immediately turned on the TV in our hotel room. Chinese television wasn’t broadcasting anything about New Orleans or the United States. In those pre-smart phone days, our Japanese flip phones didn’t yield any news either. After one final flight back to Japan on August 30th, and several train rides later, we arrived back at our apartment and turned on our TV to CNN and BBC, still clutching our bags. We were expecting the worst– and somehow those expectations still fell short of what we saw: families frantically waving for help on rooftops and highways, crowds crying out for relief at the Superdome, bodies floating in water.

Instead of prepping to return to school, we watched the news coverage endlessly for days. The dramatic, haunting soundtrack for the CNN coverage echoed through my head nonstop.  Haz spoke to his sisters and brothers, who had lost everything except each other.

It was in those days that we decided that school year in Japan would be our last. Japanese coworkers and neighbors asked about Katrina and New Orleans, and supported us as best they could. Watching the unfathomable struggle of New Orleans half a world away, magnified our distance, but it strengthened our ties to home and family.

When we finally returned to the US for good in June 2006, and made another trip to New Orleans, the destruction took our breath away. We drove around, mouths agape, visiting many of the sites we had visited less than a year before. A shrimp boat was now washed up on my brother-in-law’s street, his home covered in thick, dried sludge. Piles of debris in the neutral ground on Pontchartrain Boulevard towered over our car, sobering Xs and numbers were spray painted on every house my husband had ever lived in.

“Could you ever live here again?” I asked him, as we stopped at a stop light in Lakeview, a rusted fridge and moldy insulation staring at us.

I nodded. After all, we had only arrived for a visit– to check on family, start planning our wedding, make plans for where to settle in next.

The truth is, we never left. The welcoming arms of the city I first met before her darkest hour needed our help now. I grew attached to my extended family as they made plans to rebuild, and helped us plan our wedding. Haz and I both got teaching positions. We got sucked in to the spirit of resilience and community, and I am proud to say we had a small part in its rebirth. 14 years later, we are New Orleanians now. And there’s no place we’d rather be. 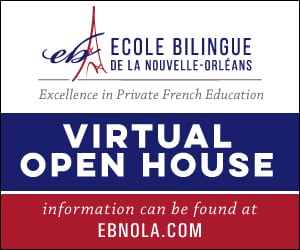