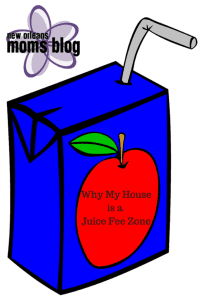 Fruit juice… a healthy choice for consuming necessary vitamins and minerals or just another sugary drink that should be avoided? Juicing and juice cleanses are among the latest health crazes. It’s being touted as an efficient way to add more servings of fruit to your daily intake, but is this supposed healthy obsession just exacerbating the obesity and type 2 diabetes epidemic in our country?

I run healthy eating challenges and my clients are sometimes confused when fruit juice (even freshly squeezed) is not compliant on the challenge. Isn’t juice healthy? While that may be a common perception, are you aware that a serving of fruit juice and soda have roughly the same sugar content? And while I agree that cola and juice aren’t the same nutritionally, the micronutrients may not be enough to offset the metabolic consequences. At the end of the day, sugar is sugar, and our bodies have the same insulin response whether it’s from OJ or a soft drink. You may be asking, what about whole fruit? Because consuming solid food has a different satiety effect than drinking liquids, you’re far less likely to eat the 5 oranges that it takes to produce the juice for your 8oz glass, and thus you will consume less sugar. Also, juicing the fruit removes the fiber and this changes the way the nutrients are absorbed by the body. A recent diabetes medical journal states:

Since both mine and my husband’s families have a history of type 2 diabetes, we have decided to not offer our son juice. We have been filling his sippy cups with water and the occasional whole fruit smoothie since we made the transition from bottles, and he is none the wiser. I will say though that we don’t make juice entirely off limits; we view it as a treat that he will be able to consume every so often. If he goes to a birthday party where all the children are being served juice he won’t be forced to drink water, but keeping it out of my house allows me to limit his intake. This is the way I approach sustaining healthy eating for my family too. I’ve learned that I have much more willpower at the grocery store than I do in my house.  When I shop I don’t put processed food, sugar, or artificial ingredients in my basket.  I keep it out of the house so I’m not tempted in a moment of weakness.  That said, as a New Orleanian I would feel deprived if I swore off poboys and snoballs forever, and I indulge every once in a while.

I firmly believe that where my child is concerned the tighter the hold, the greater the rebellion. If I make certain food or food groups completely off limits, that will only pique his curiosity and he’s likely to gorge himself as soon as he’s able to assert some independence. Instead, I hope that by modeling healthy choices that I make most of the time, I am able to teach him how to treat his body well. 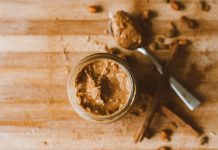 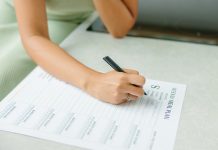 My Child is Not the Center of My World