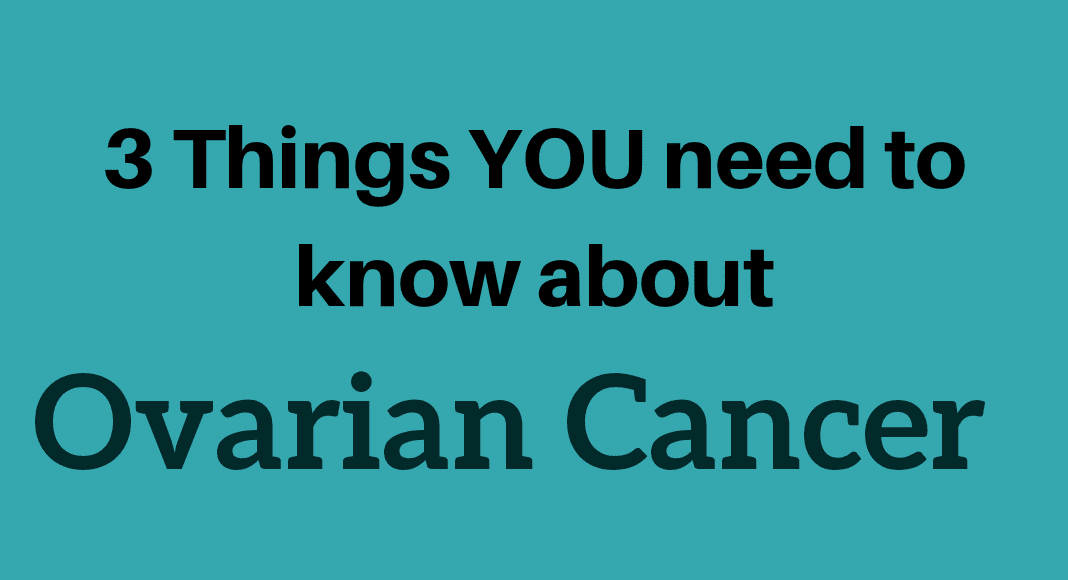 In less than a month, the world will take on a pink hue. Pins, hats, cups – even the NFL joins in. It’s a glorious month of pink, spreading awareness for a heartbreaking disease, and an inspirational moment to see women supporting women.

But I bet you’re aware that if you feel pain or a lump in your breast, you need to have a mammogram. I bet you know someone who has fought breast cancer and won. The “pink” works.

TEAL is the color for September, Ovarian Cancer Awareness Month. And this is a call for action. 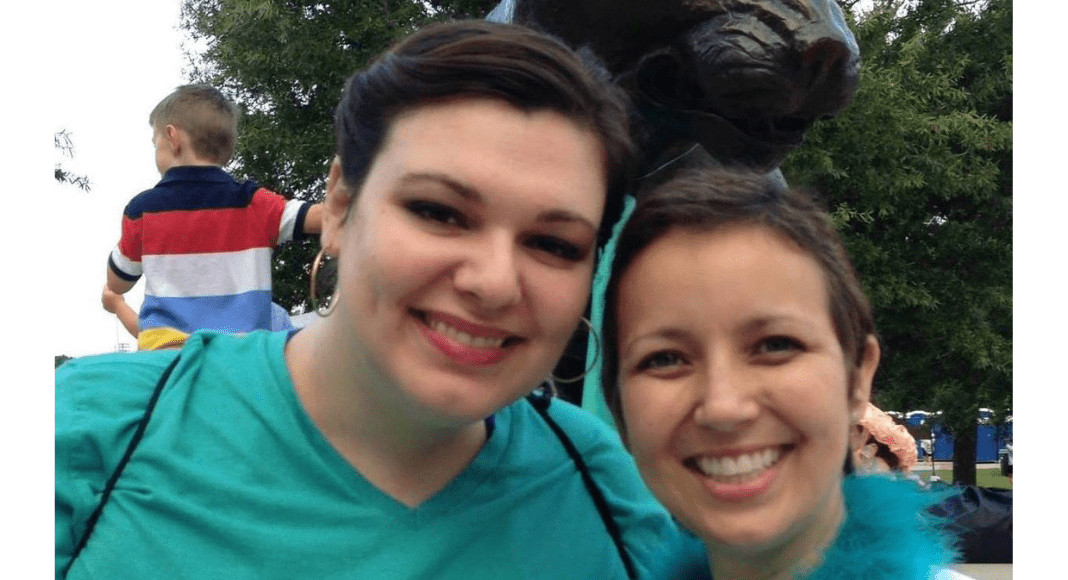 Just like any disease, there are charities and fundraisers and other ways to support this cause financially.

But YOU (yes, mom in Louisiana – YOU) can do something right now to fight this deadly disease. And you don’t have to spend a dime.

There are a million statistics and stories I could throw at you, but you might forget.
Here are THREE things I want you to learn and tell at least one woman this September.

#1- Pap smears do NOT detect ovarian cancer.
So many women assume that they do. Research is being done right now to develop an early detection test, but we are not there yet. Which brings us to –

#2- The signs are EXTREMELY subtle.
They mostly seem like digestive or stomach problems. Feeling bloated, constipation, pelvic and abdominal pain, and frequent urination are all symptoms. This is why ovarian cancer truly is a silent killer.

#3- It’s more common than you know.
1 in 72 women are diagnosed with ovarian cancer in their lifetime. 1 in 100 women die from it. When it is found early, 94% of patients have at least a 5 year survival rate- but that early detection only happens 20% of the time.

The National Ovarian Cancer Coalition recognizes the first Friday of every September as National Wear Teal day. This year, that’s September 4. Personally, I like to paint my nails teal for the whole month of September. It keeps it fresh in my mind, and when someone compliments the color (as they always do, it’s a fabulous color) I am reminded to tell them the 3 things above.

If you (or a woman you know) is having the symptoms listed above for more than 2 weeks, tell your doctor, and ask them to document that you asked about ovarian cancer. Many resources state that this is an older woman’s disease, but actress Cobie Smulders was diagnosed at age 25 and iconic comedian Gilda Radner died at 42.

PLEASE wear teal this September 4. PLEASE tell all the women you know these three things. She might have been the one in 72.

To read more about me and Nicole Teague:
https://www.ericgamble.com/the-second-bucketlist/