“Put your oxygen mask on first.” 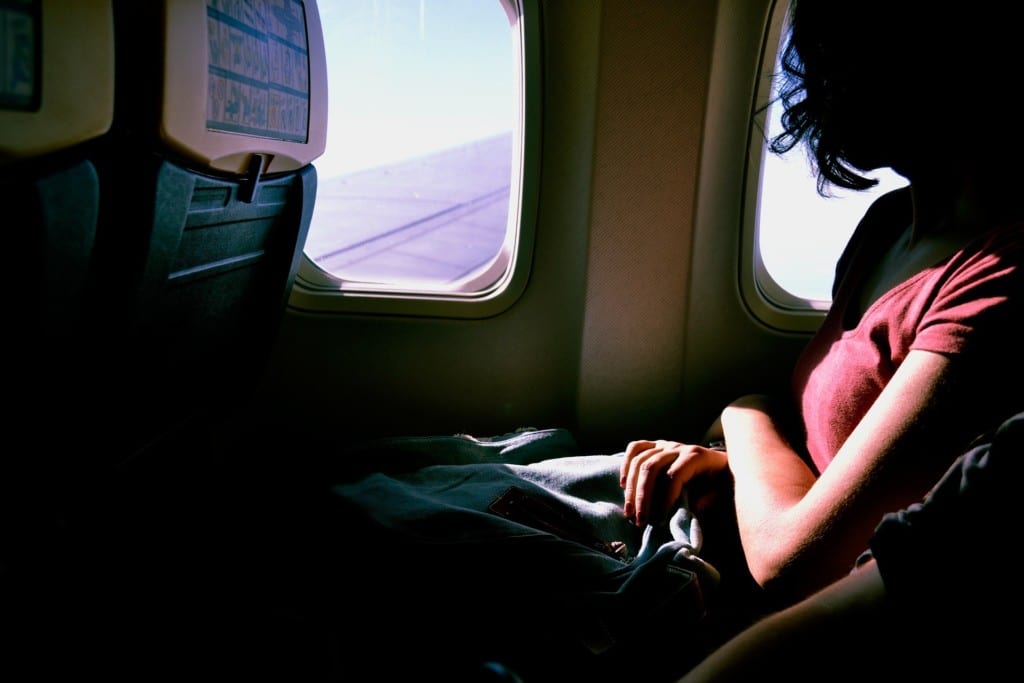 A simple, and well-meaning piece of advice I received from my mother-in-law during the first few weeks of my motherhood journey. Although I received what felt like an avalanche of opinions on how to approach this new journey, this one in particular has stuck with me far longer than what sort of diaper is the most leak-proof.

However, it was long after sleepless nights and the cribs and bottles were put away that I truly began to understand the meaning of these six words.

It’s taken from the idea of the emergency speech at the beginning of every flight. The one no one really listens to, but I could probably recite in my sleep I’ve heard it so many times. The same can be said on how this one piece of advice changed my entire world – I heard it, but I was not really listening.

Put your oxygen mask on first.

Although the logistics behind the protocol of putting your oxygen mask on first in case of a “sudden change in cabin pressure” is that you have to make sure you do not literally become unconscious before you can help the smaller passengers. The figurative meaning my mother-in-law was trying to communicate was similar.

As mothers, it is our instinct to put everyone’s priorities over our own. We push and push and push ourselves until a sudden change in cabin pressure renders us unconscious.

And I am not speaking about only taking care of our physical needs of exercise, sleep and a healthy diet. I’m talking about our mental health as mothers and women. We can do nothing to help anyone if we are not making our mental health as mothers our number one priority. Take it from someone who ignored her need for oxygen for so long it took nothing short of a miracle to breath life back into me. 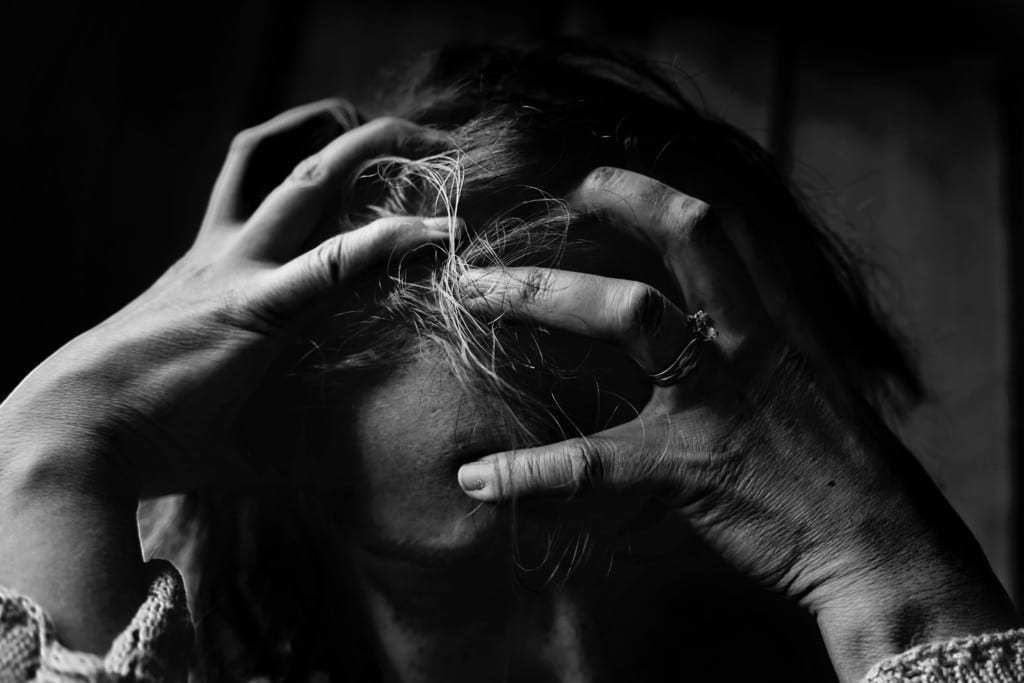 Nearly 1 in 9 women suffer from some sort of postpartum depression, with experts across the medical spectrum agreeing that PPD along with its partners acute stress and severe anxiety are grossly undiagnosed – a statement that strikes very close to home. For me, I was ashamed by my inability to be anything other than severely overwhelmed with the new role of motherhood, I set unrealistic expectations for myself and told myself that feeling this was “normal” for new mothers. I also assumed that PPD and anxiety were exclusive to new mothers and that it could not possibly affect a seasoned mom of two school-aged children.

So I ignored my feelings because first one tiny human needed me more, and then we added a second a few years later, and then I had to remember to be a wife, a daughter, a sister, a friend and employee.

When I was focusing my attention on one of my roles, I felt guilty about not focusing on the other – when I had to untangle my daughter’s chubby baby hands from my hair as she screamed for me not to leave for work that day, when I forgot to call my mom back, when I was just too tired to be a friend and meet up for a girls night, when I finally was able to spend some quality time with my husband, I rarely experienced the joy or celebrated the moment I was in because I was anxious about the next moment and the next and the next.

Lifeguards and survival experts explain that when you are caught in a rip tide, the first step to survival is to not fight it. Accept that you are caught in this deadly current, by either swimming alongside the current or float on your back until it subsides. The more you fight it, the quicker it will take you down. Instead of accepting that I was not fine and these feelings of anxiety and stress were not normal, I fought them. I fought them for years and years until the rip tide of guilt and anxiety took me under.

Put your oxygen mask on first.

It was not until I became incapable of feeling anything but stress that these words rang in my head. I was going to be no good to anyone if I did not start making myself a priority as well.

Women, in particular mothers, make up the vast majority of depressive disorders (close to 41.9 percent) compared to 29.3 percent among men. Sadly, less than half will actually seek some sort of treatment. 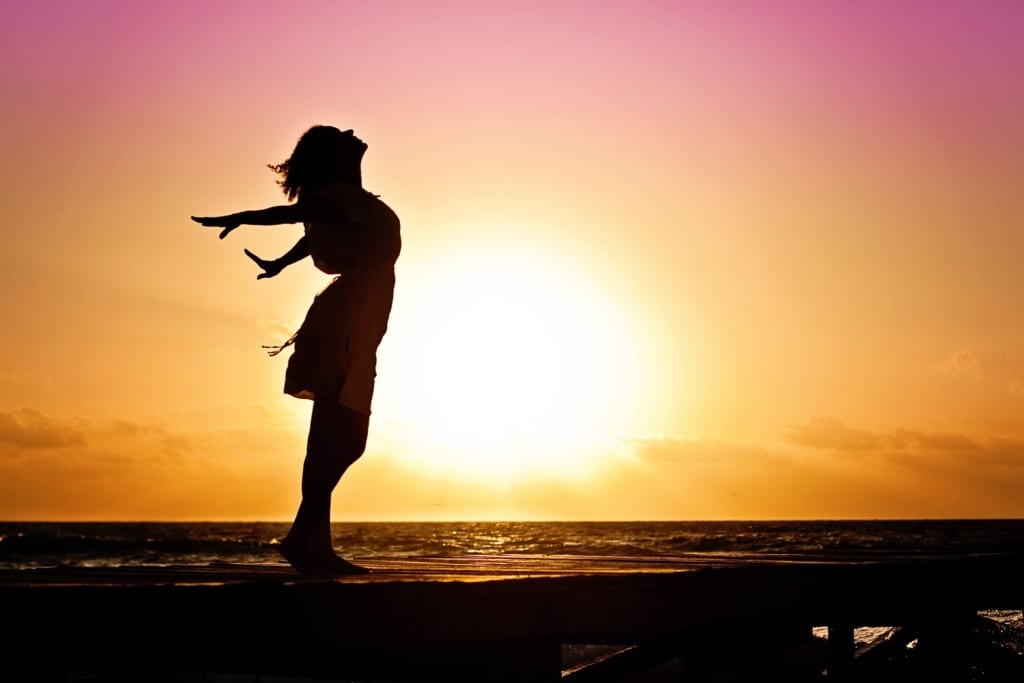 For me, it took the help of a licensed therapist and a lot of work on my part to get to a level of peace. To begin taking time for just myself and not feeling guilty about it. To set boundaries and stick to them. To understand that it is okay not to be okay. There’s a better chance that the mom sitting next to you at the PTO meeting has felt “not okay” at some point in her motherhood journey than riding on nothing but rainbows and sunshine. I am still a work in progress, but that’s okay.

Motherhood is hard. No matter how you slice it. The best chance you have of raising tiny humans who know when to ask for help and to take time to build a relationship within themselves of confidence and self love is to lead by example.

Teaching My Kids to Go Everywhere

What Are Little Girls Made Of?