Oh, pregnancy brain. That crazy, foggy sensation where you do silly things for unknown reasons and don’t quite realize what’s wrong until your mistake has already been made.

I’m on my third pregnancy now, and the pregnancy brain just keeps getting worse. Maybe it’s a combination of pregnancy brain, mommy brain, and pandemic brain all rolled into one, but whatever it is, I am definitely, undeniably OFF. To quote Zoolander: “I feel like I’m taking crazy pills!” 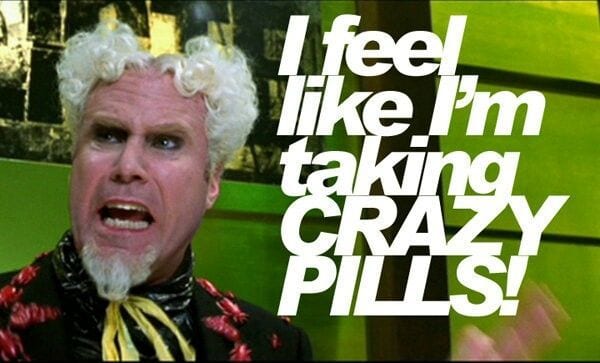 I’ve had tons of ridiculous moments scattered throughout all three pregnancies, but these are the silliest ones that stuck out:

During my first pregnancy, I was simply fixated on buying cumin. I wasn’t craving it or anything — it was just that any time I went to the grocery, I thought, “Oh, better get some cumin!” We had more little spice jars of cumin than anyone could use in a lifetime. It got to the point where I had to write it out on my grocery lists: DO NOT BUY CUMIN! 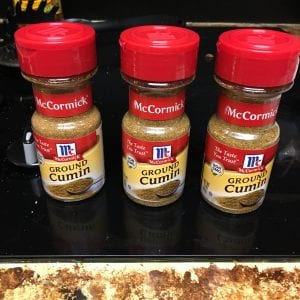 I locked my keys in my car multiple times, including once with them in the ignition and the car running. I just got out, pushed the lock button on the car door, closed it, and then went upstairs to my office. I realized I had left something else in my car and went down to get it, and only then did I notice it was running and locked. Talk about embarrassed.

No more cumin — this time it was umbrellas. I always try to keep a spare umbrella in the car or my bag because of those pesky Louisiana summer afternoon storms, but during this pregnancy, it seemed that I always had several around just in case. One day I showed up to work with one in my car, one in my purse, and two in my work bag, just in case … on a day with zero percent chance of rain.

I don’t even want to talk about the time I plugged in the toaster instead of the crock pot and came home from work to find my mistake instead of dinner.

This has been my worst case of pregnancy brain yet. I did a mail merge for work that resulted in about 400 addresses neatly arranged onto individual labels. When doing mail merges, I always scroll through them before printing to check for mistakes. I noticed one label in the middle of the series had the last line that should have been “City, State, Zip Code” merged as “Zip Code, State, Zip Code.” I corrected that one label, printed them, and began sticking them onto envelopes. About 50 envelopes in, I suddenly noticed that it hadn’t been just that one label with the incorrect merge … it was all of them. I had merged them all incorrectly with “Zip Code, State, Zip Code,” and out of 400 of them, I only noticed one. I still have no idea how I overlooked that! Fortunately, I was able to reprint and not ruin the project.

I asked some other moms about their best/worst pregnancy brain moments, and they shared:

At some point, you’ve just got to laugh it off. What’s your best, worst, funniest, craziest, silliest pregnancy brain moment?