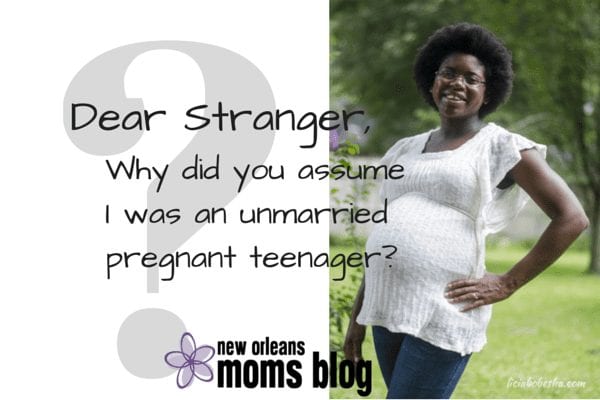 Dear lady at the children’s museum,

I’m not sure how it happened. I was sitting on a couch while my husband and son played Legos about 15 feet away. I saw you approaching with a big smile. You sat right next to me, put your hand on my shoulder, and asked me when I was due.

Being 8 months pregnant, I was pretty used to that question. Your follow up question about my age surprised me.

When I asked you how old you thought I was, you paused, keeping your hand on me, and guessed “18 or 19.”

When I revealed I was 32, you suddenly removed your hand from me, and your tone changed as if you were no longer talking to a child. I pointed out my husband and child, who were both watching and wondering who you were. I understand that my family doesn’t match and that throws people sometimes, so maybe you thought I was there alone?

You revealed that you and your husband work in the ministry. I mentioned my husband was a college professor, and then you said needed to return to watching the small children your organization had brought there that day.

Part of me wishes I had pretended to be a pregnant teenager just to see what you wanted to tell me. 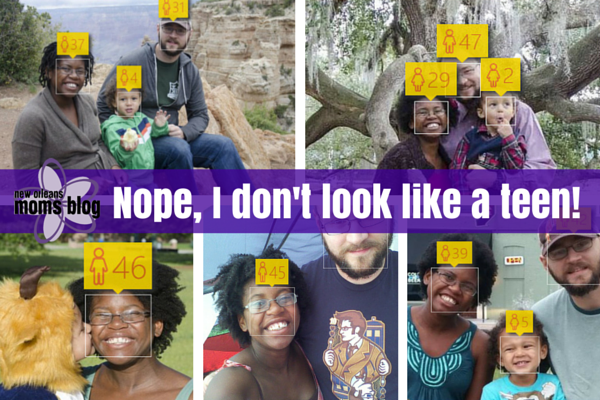 Are you one of those people who try to get unmarried teenagers to give up their babies because that’s how you came off. Your approach felt very predatory based on a perceived situation. It was clear you were not earnestly interested in me or my unborn child, unless we fit your preconceived ideas.

Did I look like someone who needed something you could provide but no longer qualified because I’m not a teenager? Or was it because I was married that I no longer qualified? What about me made you assume I was someone who needed help? Was it simply how old you thought I was, and why did you think I was so young? Were you perhaps blinded by stereotypes about who pregnant black women are and what resources they have?

I’m certain you weren’t meaning to be malicious, but your assumptions and approach were offensive. 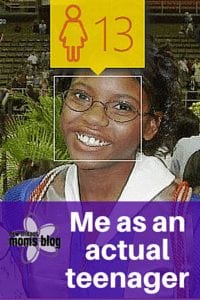 Being petite, I’ve noticed older women sometimes comment how young I look, but actual teens and early 20-somethings never think I’m their age. Men also never have this problem. It’s very strange. When I did that guess my age thing a few months ago, it kept trying to make me older though I persisted until I found a photo that put me closer to my age. Even in my “young” photo, I’m still not teenager young.

While I think I’ve aged wonderfully, I have definitely aged.

So what I’m saying is I’m not buying your “you look young” excuse. I think you really need to take a look at yourself, your motivations, and your prejudices before you approach someone you think is a pregnant teenager again.

Next time to avoid coming off so rudely, stop and use some context clues. Is the person dressed like a teenager? Is she wearing a wedding ring? Try starting off with unrelated small talk. Try to learn something about her. Consider where is she, if she’s at somewhere like a children’s museum with her family, then maybe stay with your group and take care of the children already in your charge.

Sincerely,
The 32 year old you thought was a pregnant teenager

11 Times My Kid Was Too Real