We are thrilled to introduce our community to nine new members of the New Orleans Moms Blog team. Each one is a dynamic, warm and inspiring New Orleans mom, and we can’t wait for you all to get to know them both online and in person at any of our upcoming events. We are humbled and honored to have these women join our team. 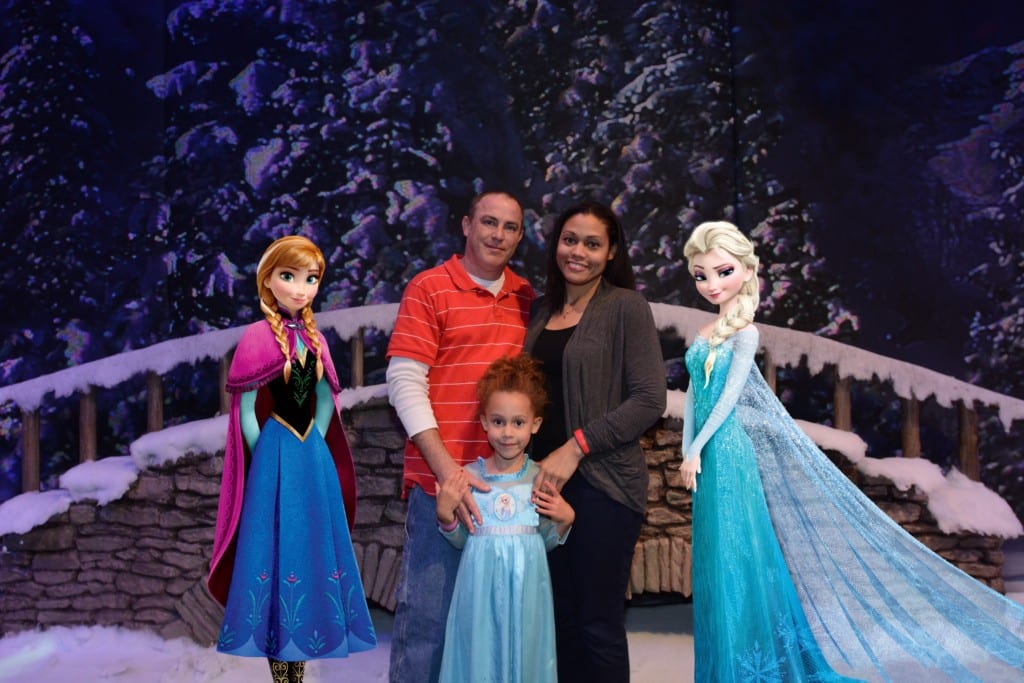 Raising kids in New Orleans is: fun. There is always something to do!

During Mardi Gras, you will find her: on Napoleon near the beginning of the parade or at the beach.

During the Saints games you’ll find her: grocery shopping. There are no lines because everyone is watching the game! It’s fantastic.

Kids at Jazz Fest: Nope, not a chance. 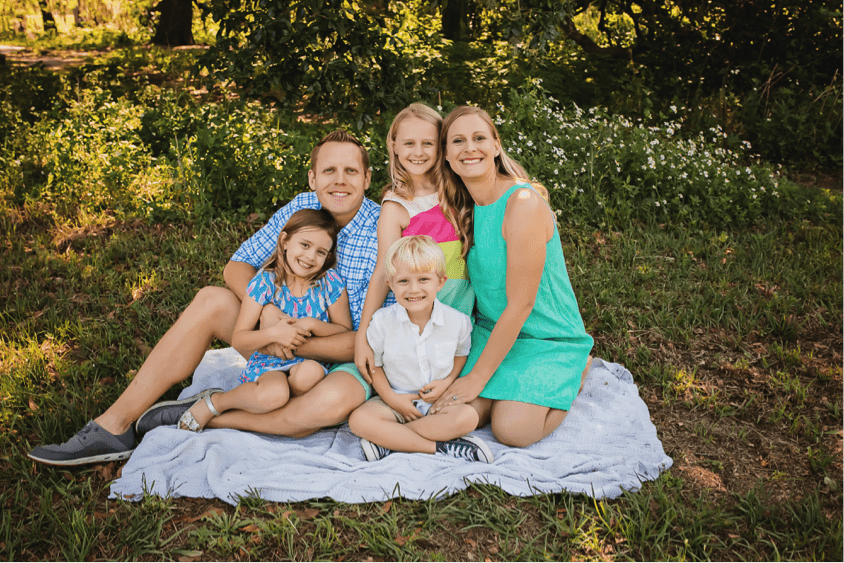 Her last NOLA meal would be: a roast beef po’boy from Parkway Bakery with cheese fries.

During Mardi Gras, you’ll find her: Mid-city for Endymion and then usually off to Disney World.

During Saints games you’ll find her: In my kitchen feeding the dozens of kids running around my house and drinking wine while the guys watch the game outside in the backyard.

Kids at Jazz Fest: We have brought them all as babies on the first Friday when the crowds were low, but haven’t braved it the last few years. My husband and I usually go one day and enjoy a grown up Jazz Fest. I am a one and done kind of Jazz Fest girl.

Raising kids in New Orleans is: never boring. There is always a festival or party to go to and if not our friends are always ready to plan one. 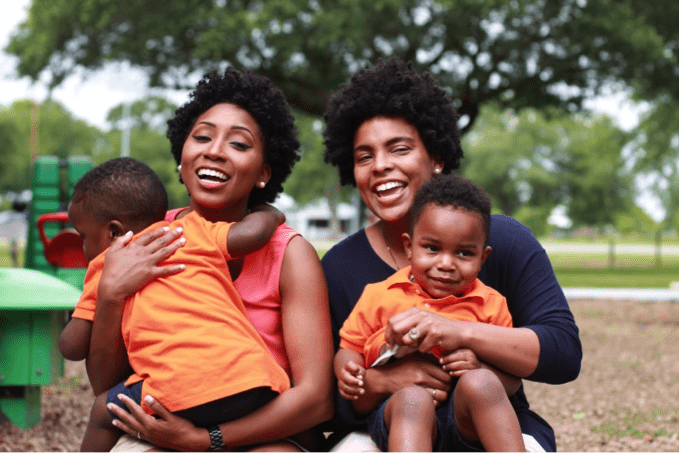 Originally from: The Village of Loreauville

Her last NOLA meal would be: I would go to Emerils to have the BBQ Shrimp. So good, one order just won’t do it.

Her favorite snowball flavor: I can live off snowballs. My old favorite was a blue bubblegum. Since moving to NOLA, a medium CAKE BATTER from Ike’s has replaced the old fashioned Blue Bubblegum.

She believes the best king cakes are found: at the King Cake Festival where you can try them ALL!!

During Mardi Gras, you’ll find her: Hmmmm, feeling a little dizzy on neutral ground, standing on my boys’ ladder screaming for beads.

During Saints games you’ll find her: On the couch eating wings and having a cold one while screaming with Thomas at the tv.

Kids at Jazz Fest? Let me get rid of the stroller first then it’s game on, rain or shine.

Raising kids in New Orleans is: like the weather, UNPREDICTABLE. There is always something DIFFERENT to do. New Orleans is everything I thought it would be. The perfect place filled with culture, a rainbow of friendly faces, festivals, and lots of potholes. 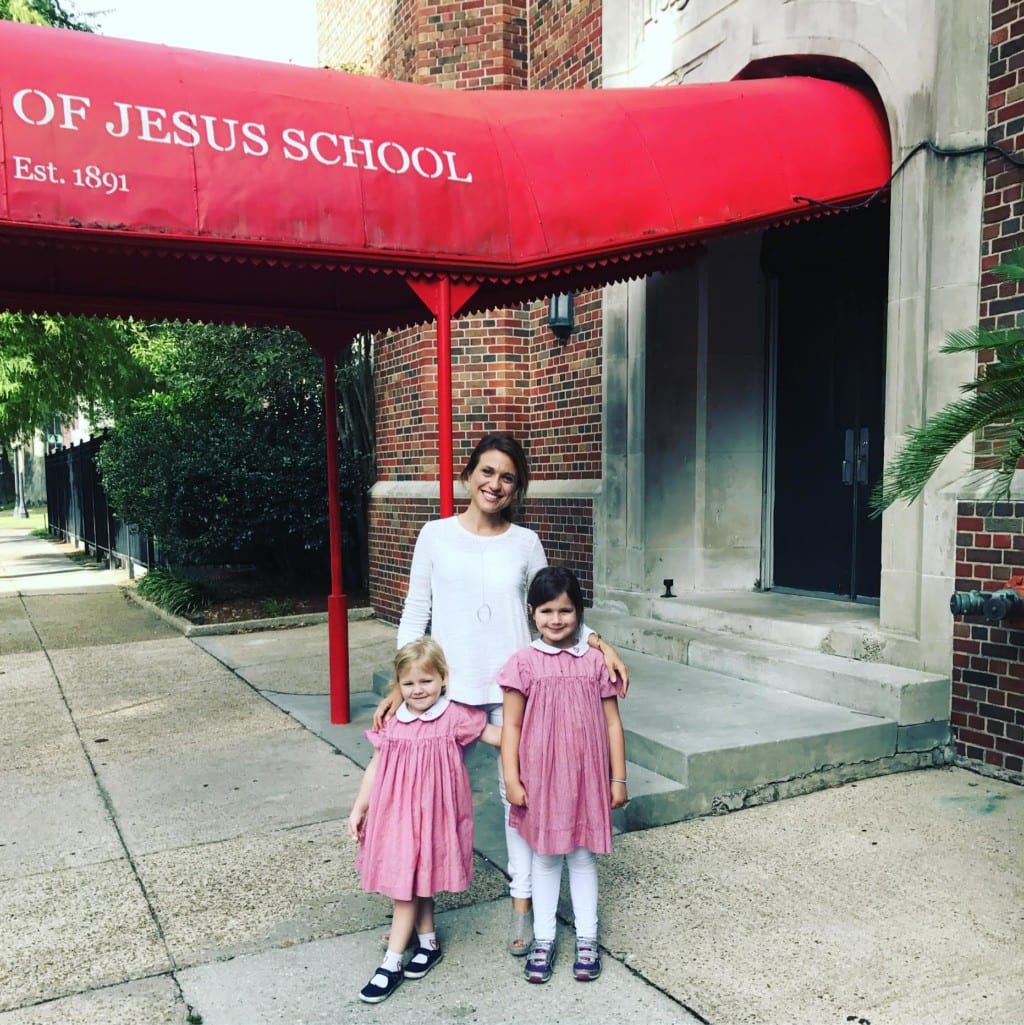 Her last NOLA meal would be: Jacques-Imos! I would need to start with some crab cakes, then Eggplant Pirogue, and wash it down with an Abita Purple Haze.

She believes the best king cakes are found: New Orleans East’s own Dong Phuong. Carnival season starts for me when I get my first slice of these cream cheese iced, light and flakey pastry dough cakes!

During Mardi Gras you’ll find her: Riding in the Mystic Krewe of Nyx since it originated on Wednesday night, carrying her 6 year old on her shoulders the next, or donning her social media viral Sidney Torres look-alike costume down St. Charles Avenue.

During Saints game you’ll find her: Screaming from the cheap seats at the Dome.

Kids at Jazz Fest? Not totally opposed to it, but have not attempted yet.

Raising kids in New Orleans is living the dream! Our city offers so many unique and culturally rich experiences, no matter where my girls end up they will always at heart be “Naturally N’awlins”! 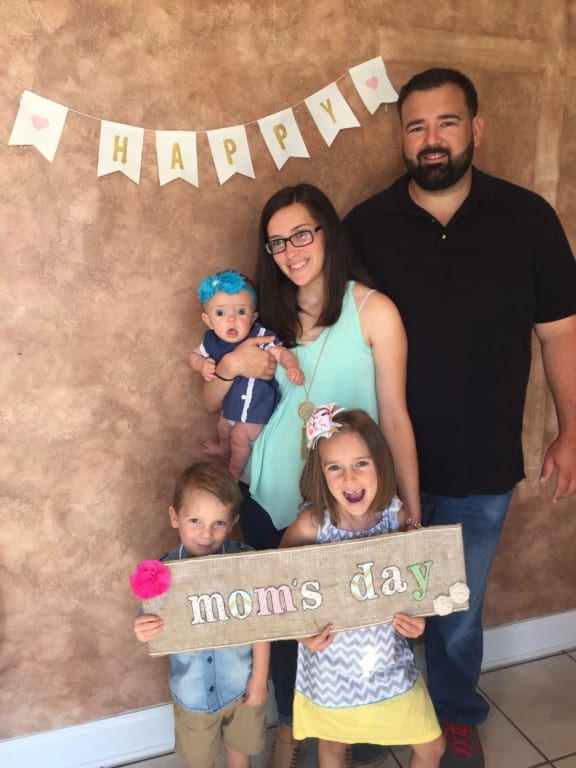 Originally from: Grew up on the Westbank until I was six and then moved to a small town in Missouri where I graduated. Did a small period of time at Fisher High School in Lafitte my junior year.

Her last NOLA meal would be: boiled crawfish with all the fixins

She believes the best king cakes are found: at Coffee &  … specifically the praline cream cheese one

During Mardi Gras, you’ll find her: at home

During Saints games, you’ll find her: That friend that goes to the party for the snacks? That’s me.

Kids at Jazz Fest: Don’t stone me – I have never been!

Originally from: NOLA born and raised; grew up in Gentilly and now reside in Mid-City 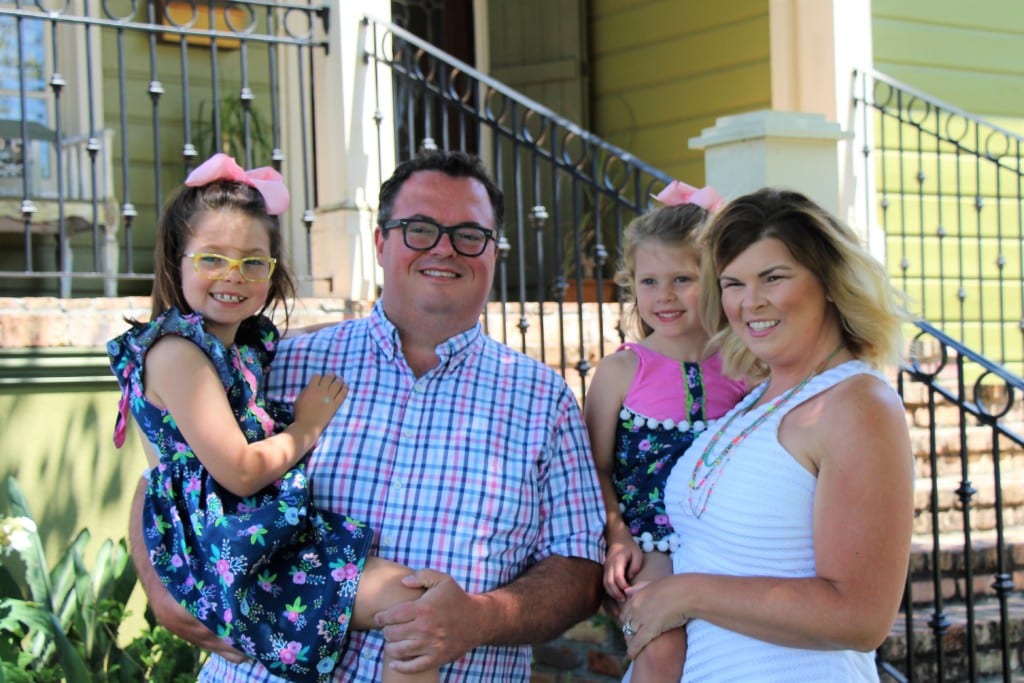 Her last NOLA meal would be: Charcuterie plate from Root, Raw Oysters from Superior Seafood, any entree from Carrolton Market, and finish with cannolis from Angelo Brocato’s

She believes the best King Cakes are found at: Randazzo’s Original (traditional) or Sucre

During Mardi Gras, you’ll find her: On the Avenue, neutral ground side! Usually up on a ladder, screaming as loud as my kids!

During Saints Games, you’ll find her: At her parents’ house with her family, all decked out in black and gol

Kids at Jazz Fest: Yes, on the weekdays for sure! Our girls love going to all kinds of festivals!

Raising kids in New Orleans: always entertaining! I love being able to share the same unique experiences growing up in New Orleans that I had as a kid!

Her krewe: Sloan (Due September 3rd) 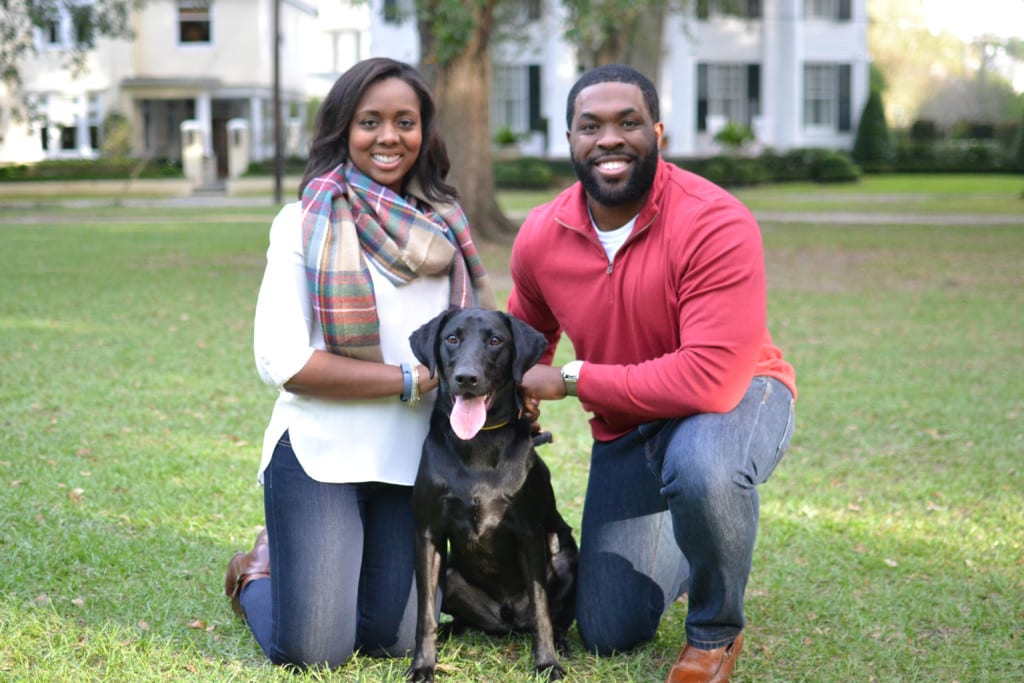 Her favorite snowball flavor: I love a tart snowball with a little sweet – it was previously Satsuma with Cream of Nectar from Hansen’s as of a couple of weeks ago, I think their limeade flavor with strawberry just took the crown!

During Mardi Gras, you’ll find her: near New Orleans Hamburger and Seafood Co off of St. Charles

During the Saints games you’ll find her: at the grocery store – Dallas Cowboys fan for life

Kids at Jazz fest: In theory yes, but we’ll test it out in a few months 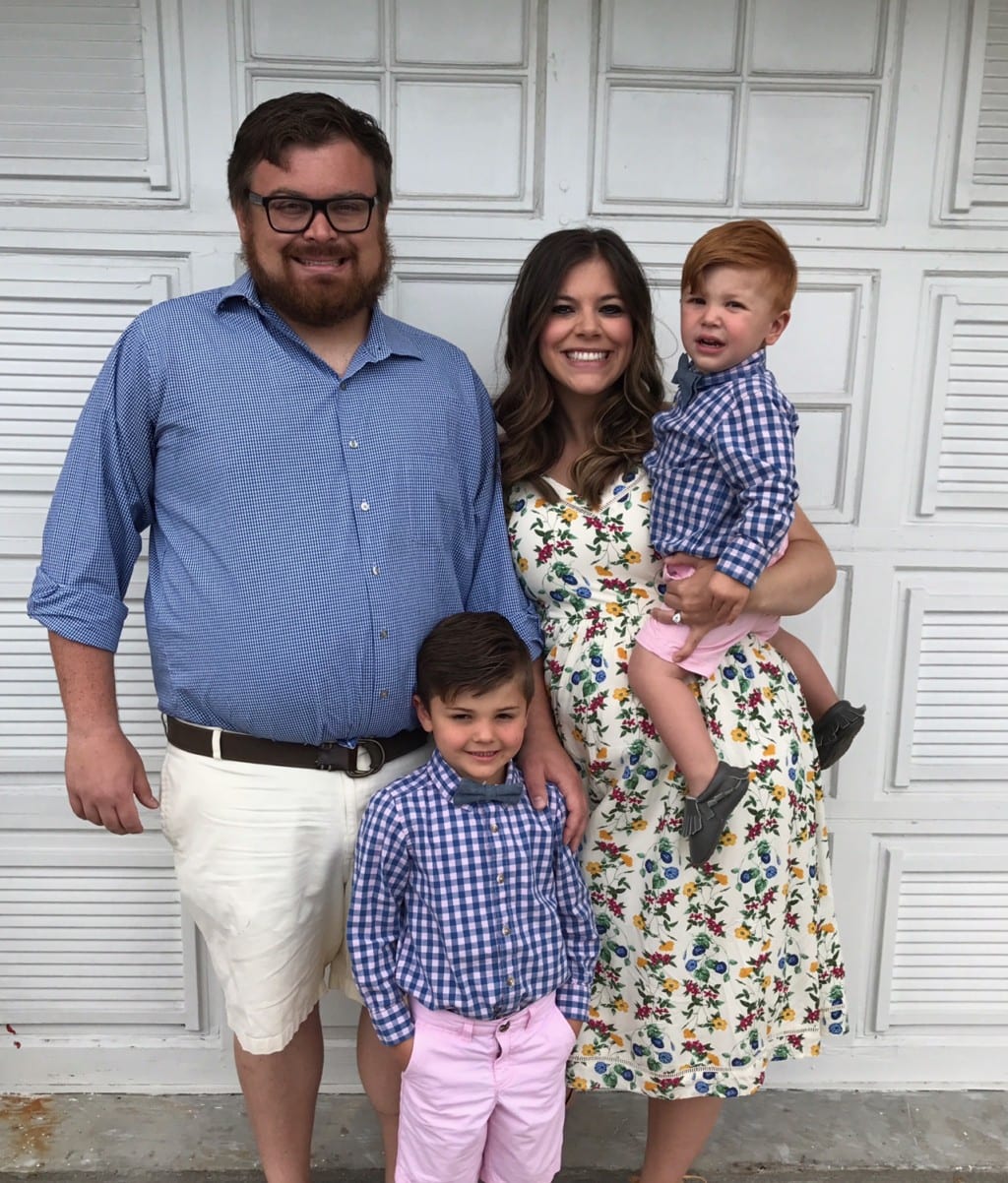 Originally from: all over South Louisiana including but not limited to Hammond, Baton Rouge and various locations in Livingston Parish.

Her last NOLA meal would be: This is a really hard one. I am just not sure how I could possibly choose. Maybe I can just keep living and eating all the yummy NOLA foods forever.

Her favorite snowball flavor: Ice cream hands down. This flavor has helped me through many a south Louisiana summer pregnancy 🙂

She believes the best king cakes are found: Berry Town in Ponchatoula. But let’s be honest, I’m not turning down king cake from anywhere.

During Mardi Gras you’ll find her: At every single parade in a brightly colored wig dragging my husband and children behind me.

During Saints game you’ll find her: Yelling in the Dome or at my TV at home.

Kids at Jazz Fest?:  Not yet, but I would consider it.

Raising kids in New Orleans is: what I seriously hope I get to do for the rest of their childhood. I cannot think of any place I would rather my family be. There is no shortage of culture and fun to be had. 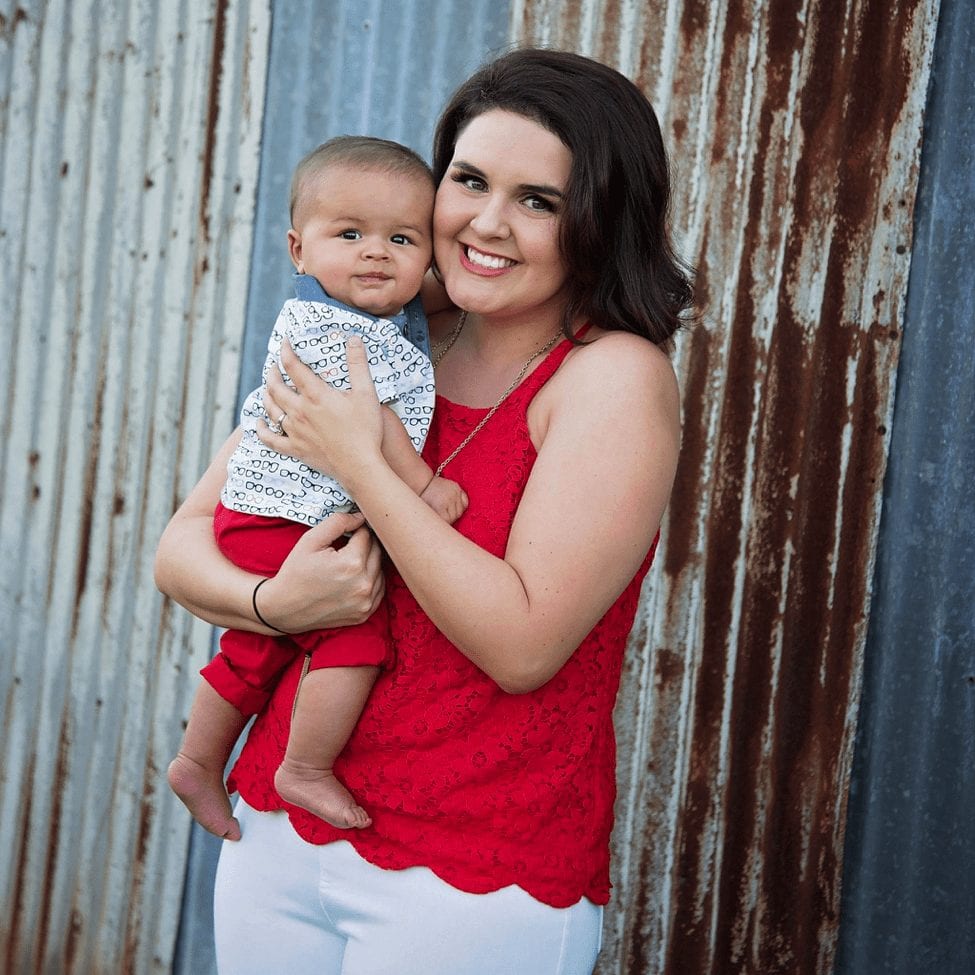 Her last NOLA meal would be: Butterbeans and chicken

She believes the best king cakes are found: … nowhere. Go ahead, take away my NOLA card. I love Mardi Gras, but I don’t like king cake.

During Mardi Gras, you’ll find her: In the Quarter or the Marigny, strutting around in handmade group costumes that she crafted for the whole family, baby on her hip, Bloody Mary in hand.

During Saints games you’ll find her: Physically yelling at her TV screen, as though Sean Payton will telepathically hear her anguish.

Kids at Jazz Fest? Sure! As long as I have reinforcements.