They say death shows up in threes, which has always stressed me out.

But what about illnesses? Broken appliances? Car trouble? Tight finances? Random expenses that have no place in the budget?

What number do those show up in?

Because I would be willing to say the number does not exist.

I have never experienced a string of bad luck, a series of TKO punches, a black cloud thunderstorm hurricane of life quite like I did in 2014.

To give a quick synopsis of the total Crapstorm I lived, in a matter of months:

My six-year-old daughter spent a week in the hospital for treatment for Kawasaki Disease. (A nightmare of an illness characterized by days of high fever, bloodshot eyes, peeling skin on the hands and feet and more. It was completely horrifying to helplessly watch my baby in so much pain.)

A week after she was discharged from the hospital we were relocated 14 hours away where we didn’t know a soul.

We moved into our new multi level house and a shortly after my kids scared the hell out of us by climbing out of their second story window.

A few weeks later, our house caught on fire.

A month later, we went through a horrible and traumatic miscarriage, which left me hemorrhaging and in the ER for an emergency D&C.

I woke up one morning with a searing and unrelenting pain in my right lower abdomen. For my second trip to the ER in a month, I was awarded an emergency appendectomy.

I couldn’t believe it. Surgery? Seriously?? I had three kids at home and no family anywhere near us to help. (Thank God for my parents who came to stay with us for a week!)

I was horribly homesick.

I prayed every day. I begged God to let our lives go back to normal. I couldn’t take anything else.

It turns out you really don’t know how strong you are until you have no other choice.

The chaos came to its peak when just ten days after my surgery, steri-strips still on my stomach, I got into my suburban to go return some things at Target, when some guy strung out on drugs found his way into my neighborhood and into my driveway and attempted to car jack me.

I say attempted on purpose.

He did not succeed.

He was very nearly a skid mark in my driveway and I’m not kidding. But that’s another post for another day.

I spent an hour screaming in anger front of my house, infuriated and in disbelief. I gave the police a description and they located him a few blocks away and I was able to identify him.

How on EARTH could this be happening?

This Series of Unfortunate Events left me in complete shock and on edge.

I felt physically and mentally like I had taken a beating. 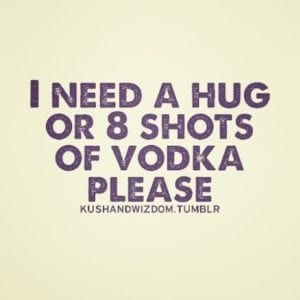 Just a week later, my stomach still swollen from two surgeries and a pregnancy loss, I was approached by a well-meaning woman in a grocery store who offered me some kind of shrink wrap coupon for my clearly thick belly.

I had so many things to say to her, but bless her heart she was so dang oblivious, she was just trying to make a sale. Through gritted teeth, I thanked her and shoved the coupon to the bottom of my purse.

Every time my head bobbed above water, it felt like I was shoved back under, with barely enough time to take a breath. That little tiny breath was my faith, and I held onto it like a life jacket.

Though it felt like ages, before I knew it, months had gone by. Life had calmed down. 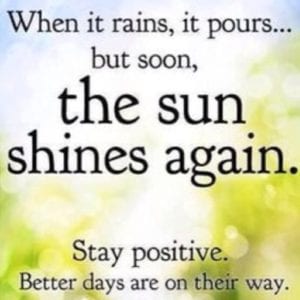 The storm had passed.

We found out we were expecting again.

My husband was offered a job back home (one of my biggest prayers that weighed heavily on my heart).

Our string of bad luck, our never-ending black cloud, this season of life where we would have sworn someone was stabbing a voodoo doll with our names on it, finally ended.

And we lived to tell the tale.

The more I talked about the Season of the Crapstorm, the more I learned my family, friends, neighbors, and coworkers all had experiences that were similar.

There were lay-offs, deaths, financial trouble, and depression. Investments that didn’t work out, fights among family, chronic illness, divorces, and debt.

I once said I felt like my house had a virus because we had three appliances die (dead and gone with no chance of repair) within a month.

Everyone goes through their own storms. Some last longer than others. But eventually, they end. They always end.

Keep coming up for air. Hang in there, and have faith. Don’t be afraid to ask for help.

Remember, you are already so much stronger than you think. 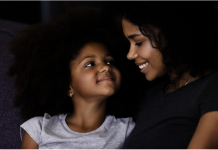 Postpartum Depression and Anxiety: When Happily Ever After is Terrifying