The fall is always the toughest season, from getting out of the relaxation of summer and staying up all night, to getting fully into the swing of things with back-to-school shopping for multiple kids. It adds to a whole other basket list when you are starting a new school and have new routines to adjust to. The first couple of weeks went well … busy, but well.

As I sat in the kitchen baking one Saturday afternoon, my middle daughter approached me and simply said “can we go outside and talk?” I responded with, “why can’t we just talk here?” As her sisters kept running around and interrupting, I could read her face saying that she wanted it to be private. I took her to the side and she grinned. “I’m nervous to talk to you about this, but I wanted to ask you something,” she said so quietly. I knelt down and told her “It’s okay, you can tell me anything, you know this.“

I could feel the water building up in my eyes. I could feel this sense of emotion that I get, not from being upset or nervous, but from a sense of pride. I didn’t even ask who talked to her about this, and probably could have dug a little deeper, but at that moment I was so happy and so proud, that at the age of nine, she could communicate her needs to me of self-help, and having a space to be free with whatever feelings she was having. 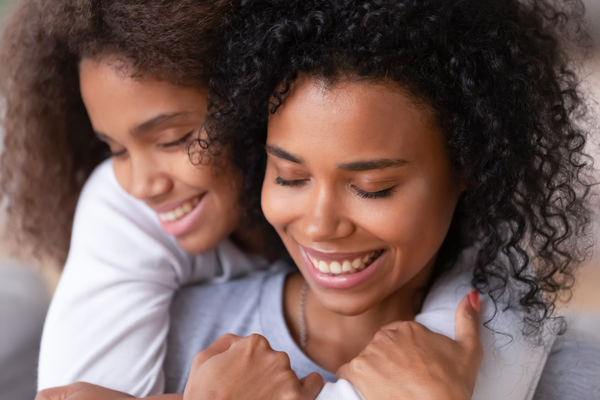 When I was nine, I would just walk around mad. I didn’t get my way, and I would just shut down. As an only child, it happened quite often, and as I grew … some of that never changed. In my mid-30s, I am just now figuring out what I want in life, and what things bring me peace and comfort, on top of mapping out the correct emotions to display.

In my eyes, we have these childhood traumas that we think we have gotten over and healed from, but in reality, they are just masked. If there was some way that I could create a space for my child, for her to start finding out who she is and what brings her peace this young, then maybe some of the emotions I struggled with can be alleviated.

I did some research and found other little things that could help as well. There is a physical safe space, but there’s also an emotional safe space. I wanted her to have both.

We now have this little corner that I hope she sees as peace. It has a soft aesthetic and a candle. It has a small journal and a pen. It has a cozy chair that she can just sit in, in pure silence. I know that having a home full of people can get chaotic, but I also hope that this is just what she needs as she is figuring out her emotions and who she is. 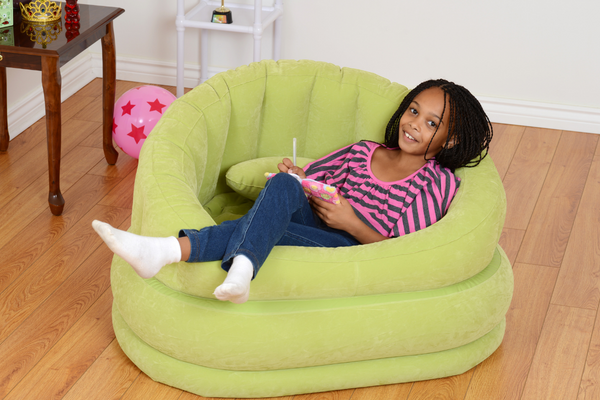 It’s never too late to start having these channels of communication with children. Sometimes we spend so much time being busy and filling up space that can just be left open. Helping our children talk openly at home is the perfect way to prepare them to communicate outside our homes and connect with other people in a powerful way. With their voice. Some kids may not need a physical space in their home to go to, but allowing them to voice that is key.

As moms, I know that we also need a safe space. That could look like so many different things. It’s important to find our safe space as parents too because as we raise these little humans, they can only be their best selves when the people raising them are at their best too.

One Down on My Bucket List :: Taking Flight with the...

The Rules Went Right Out the Window :: When My Daughter...