At New Orleans Mom, we know how much time, energy and effort go into bringing young athletes to and from sports practices. Whether it’s the intense hours dedicated to gymnastics teams, an entire summer dedicated to the Little League World Series, or supporting our local playgrounds in New Orleans, we love recognizing the hours that New Orleans moms – and their hard-working kids – put into extracurriculars. We are beyond excited to showcase Cody Midboe, a level 10 male gymnast who lives just down the road in Baton Rouge. He’s a Louisiana high school athlete to watch, and we hope you will join us in cheering for him!

Here in south Louisiana, where football and baseball are the most celebrated men’s sports, if an article about a local gymnast becoming the regional champion is written, our first thoughts are, “how amazing this girl must be!” Our minds might wander to think about famous gymnasts like Simone Biles, Suni Lee, or Nastia Luikin. We may even think about LSU women’s gymnastics, which is a fabulous spectacle you should take your kids to see at least once in person. But, in Louisiana, 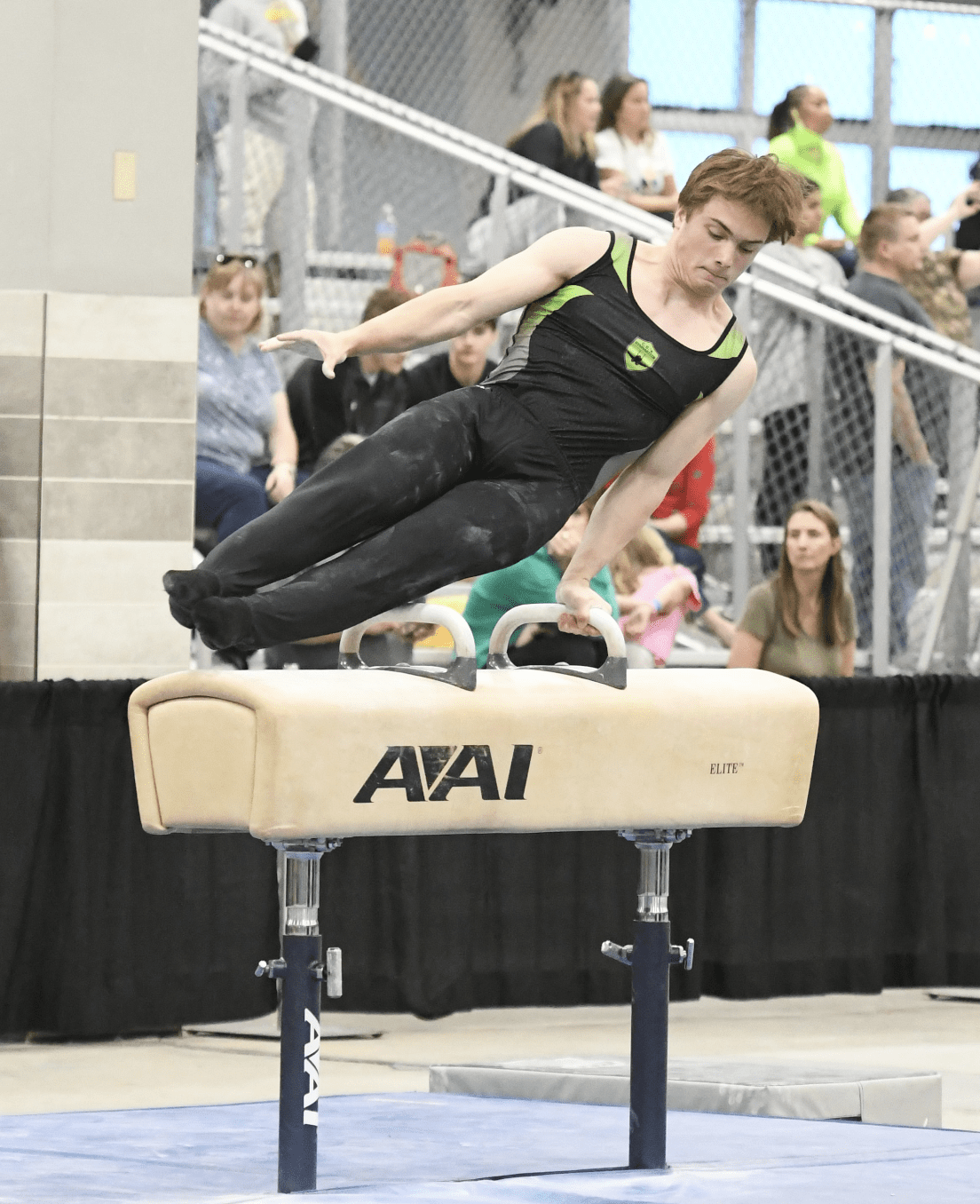 we also have young men making the same sacrifices as these young women. Men’s gymnastics is still going strong, and now we have our own local men’s gymnast that we can celebrate and think about when talking about gymnastics. Meet Cody Midboe….

Behind the Scenes of a Male Gymnast

Cody Midboe is a regular 17 year old 11th grade honor roll student that attends Walker High, and after school he practices 20 hours a week as part of the men’s gymnastics team at C.G.’s in Baton Rouge. These young men in gymnastics don’t have an off season. In fact, there’s no “off season” in gymnastics period. Gymnasts practice year round, compete a few months during active meet season, and then – when summer comes around – their practice hours increase, allowing them to work on new skills (also known as “upgrade season”) and build up their strength (commonly referred to as “conditioning,” featuring difficult tasks like rope climbs without feet, endless push ups and more). In Louisiana where young boys often enter baseball, football or soccer as their first sport, how does one find his way into the gym? Well, the same way young girls do, by flipping off their parents’ couches and scaling bookshelves as toddlers.

Cody Midboe was the boy that would teach himself to flip and then run up walls to flip off them like he was Spiderman. When he was a mere six years old, he began gymnastics to find a safe place to harness that energy and talent. For the next nine years, his eyes were 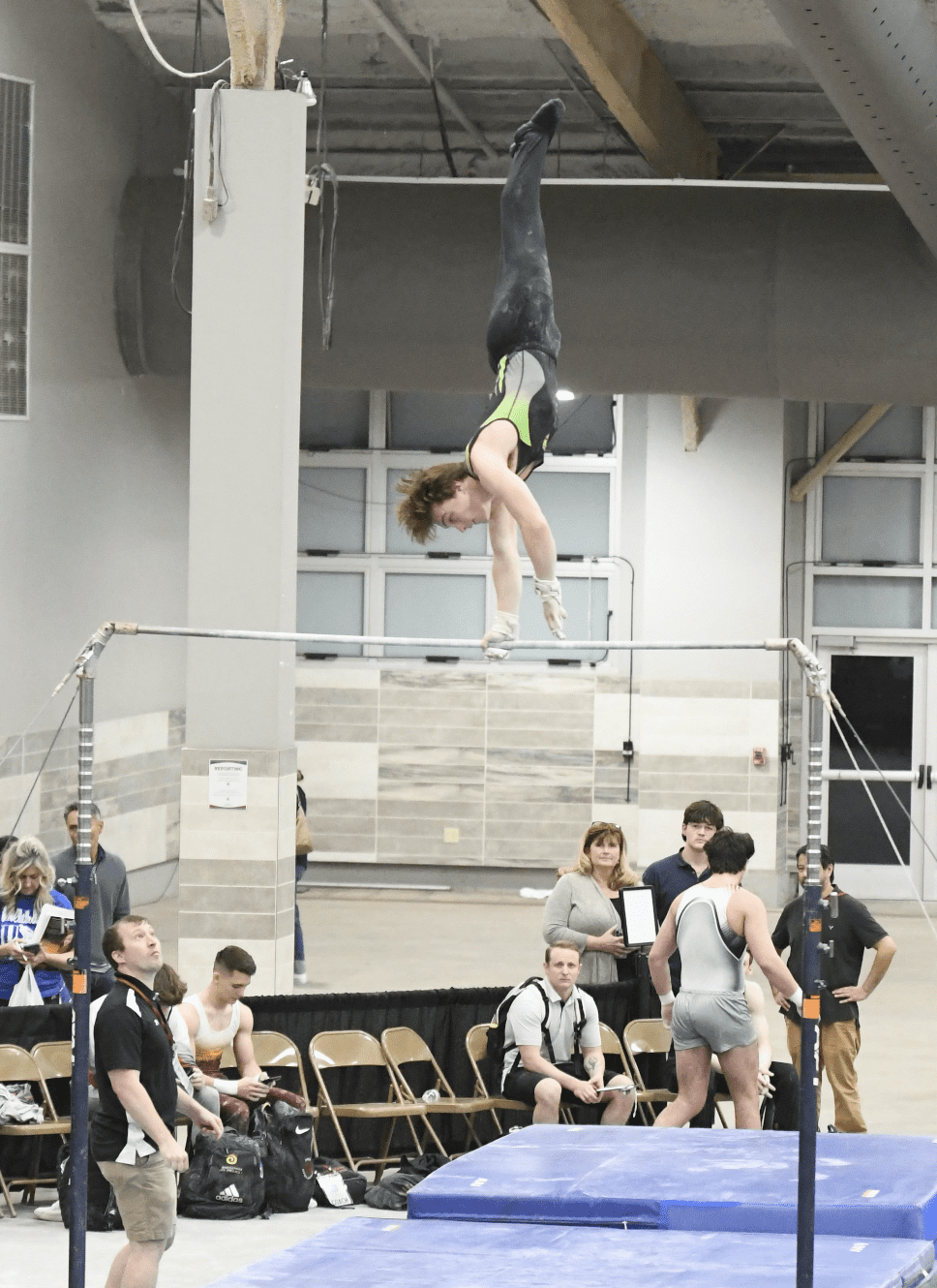 set on one singular goal: to be a college gymnast. Even though he was a natural, gymnastics can’t be done solely on natural talent. Gymnasts need talent, yes, but also strength, courage, perseverance, resilience, grit and heart. In fact, they need lots of heart. They have to work through injuries, pain, fear and exhaustion while also making major sacrifices. This is a sport where mental strength and focus matters as much as time in the gym.

Facing an Injury On The Road to College Gymanstics

Cody Midboe was on track to achieving a spot as a college gymnast, with his goal becoming closer and closer. Then, sadly, at age 15 he was diagnosed with “osteochondritis dissecans” in his elbow. This injury presents a worst case scenario that leads athletes to retire from gymnastics, a sport that Cody had already made so many sacrifices for. This sport was Cody’s past, his present, and was supposed to be his future. Between the first diagnosis and August 2021, Cody Midboe spent a year and a half injured, and for one year he wasn’t allowed to train using his arm at all, not even to pick up his school bag.

In August 2021, Cody and his mom bravely walked in to the doctor’s office while preparing themselves for what might be devastating news. When the doctor said he 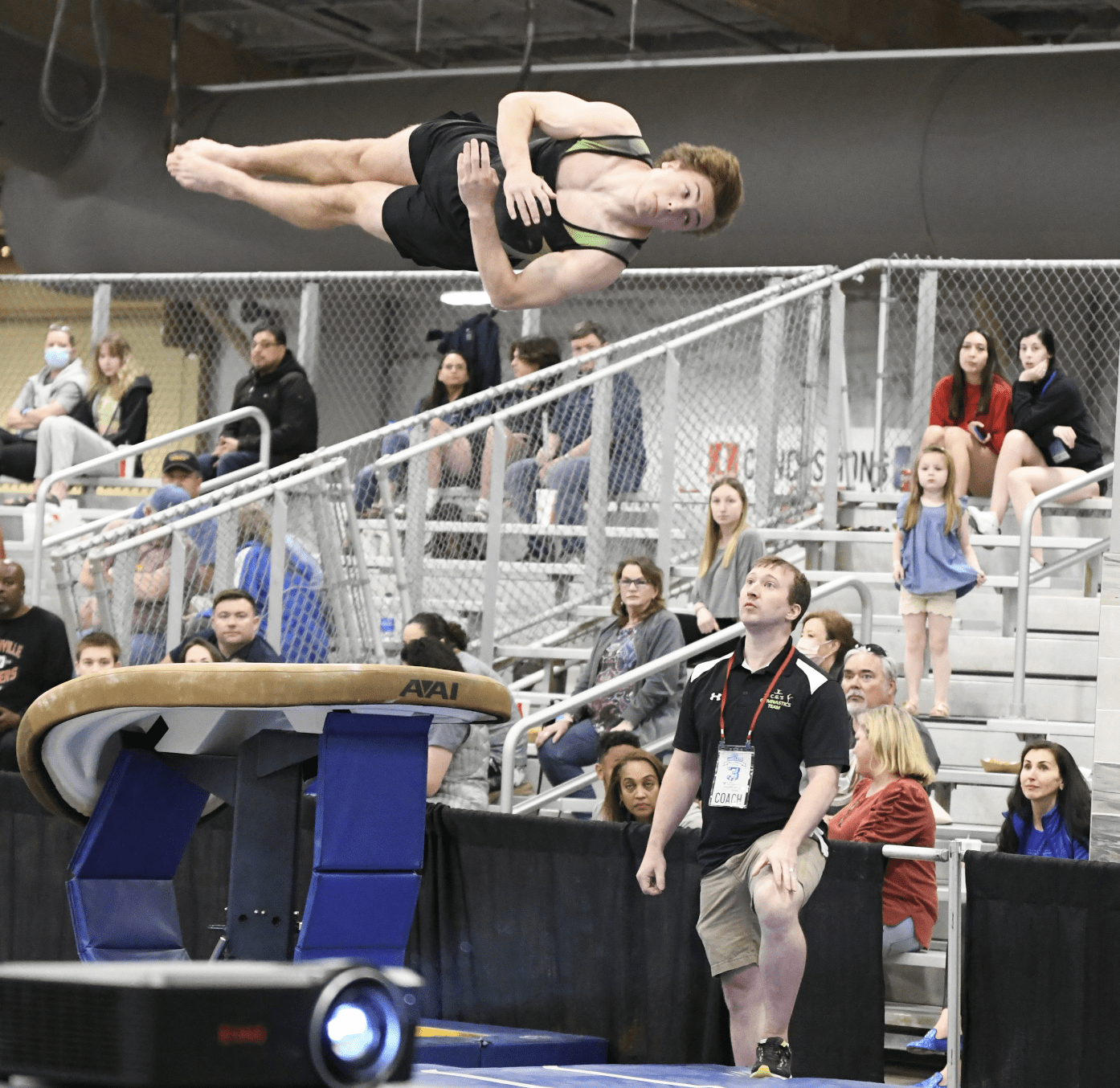 was all clear there was just silence. Did they hear him correctly? What does all clear mean exactly? All clear for carrying a backpack, or all clear for gymnastics? The physician explained that his elbow was 100% and Cody could return to the gym. About eight months later, Cody became the region 3 regional champion. You read that correctly. Cody Midboe surpassed all odds to win a regional championship after sitting on the sidelines for 18 months. This incredible accomplishment is awe inspiring, but it also meant he qualified to compete in the 2022 USAG Men’s D.P. level 10 national championships in Mesa, Arizona. Cody Midboe would represent not just Louisiana as a level 10 male gymnast but ALL of region 3.

Nationals took place earlier this month, May 11 – May 15, and Cody was up against the top level 10 men’s gymnasts in the nation. Cody Midboe, a boy from Louisiana, at this point was competing for a spot in the final round that would take place on the last day of the competition. He competed on Wednesday, May 11, putting his best foot forward and was in good standing. But, it’s just a waiting game after that. And, so Cody waited. And waited.

Cody Midboe and his family and coaches waited in their hotel room to find out if they would be going home, or if they would have the rare chance to stay until Sunday to compete in finals. On Saturday they received the news; he made it to finals. Remember, this was Cody’s first season back after two surgeries, he took a lot of time off from the sport, and he endured the emotional roller coaster of would he or would he not ever be able to do gymnastics again (that’s the mental part of the sport many people don’t fully realize). Cody Midboe was literally living his dream in Arizona.

After the results of Wednesday’s qualifying scores were combined with his scores from finals on Sunday, Cody Midboe walked away from Nationals finishing top 30 in the “all around” (out of over 200 National Qualifiers) as well as 10th on vault and 5th on floor. This young man from Baton Rouge became our young man showing the country that a boy from Louisiana can do it, too, and showing Louisiana that there are more sports for young boys to shine in besides baseball and football.

What’s Next For Cody

But, the story doesn’t end there. This year isn’t quite over for Cody, even though Nationals is the last meet of the season. On May 23, The Advocate will be honoring him as one of their “STAR of STARS” high school athletes. And, the sports department staff of USA TODAY has selected Cody as 1 of 24 nominees for national high school gymnast of the year. Congratulations to Cody Midboe for all of these awards and achievements. But, even more, we all recognize your incredible fight to keep your dream alive after all you have been through. 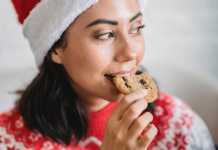 Avoiding the Holiday Overwhelm that Often Leads to Overeating

Should I Have Another Baby?