Almost two years ago, my eighty-seven-year-old grandpa left the park after feeling ill. Unable to continue his drive home, he pulled over to take a rest and became unconscious. At just the right moment, a woman who was on her way home with her husband and little girl saw a stalled car and what appeared to be a distressed driver. They smashed his window, and with the help of some other bystanders, removed my grandpa from his vehicle. She immediately began CPR, and she would continue compressions for ten minutes. Side note: if you have ever performed CPR, you know that two minutes is exhausting and an appropriate time to tag someone else in. But, this little bitty young woman continued, I’m assuming with the help of her adrenaline and his guardian angel. Another bystander returned to the scene with an AED, and together they shocked him and continued CPR until the paramedics arrived.

My grandpa was rushed to the hospital where he was sedated, paralyzed, and intubated before being placed in the ICU. We got the phone call that something had happened, no one knew exactly what, but something had happened to Paw Paw, and we needed to get to the hospital because it didn’t look good. All I knew was that some woman found him and did CPR, but then she vanished. I told his story on Facebook, and through a series of coincidences and people who knew someone who knew someone who heard about it, I tracked down the woman from the park. Come to find out, the woman was a nurse. She was trained to do all the right things, and she handled the situation perfectly. We are eternally grateful for her.

Paw Paw remained in the ICU for a month and a half. For several weeks, we had no idea if he would make it out, and if he did make it out, what would be left of him. You just don’t do CPR on someone for ten minutes and have them bounce right back. But, against all odds and the opinions of his medical team, after a month and a half, he came right back to us. He would need some oxygen and a few cardiac procedures, but other than that, he was back to his old self. His story has a happy ending, but it only worked out that way because someone knew what to do and how to do it. I often wonder what would have happened if that nurse hadn’t been there, but I already know. There is no way he would have survived.

It doesn’t happen like you see in the movies where someone on a packed airplane panics and says, “We need a doctor!” This was my grandpa alone at the park with a few civilians nearby. Everyone wanted to help, but only one knew what to do. You hear “grandpa,” and you probably think “Meh, little old man. It happens.” But, this could happen to anyone at any time. You just don’t know. What we do know is that early CPR dramatically improves patient outcomes across the board. And so, for those reasons, I encourage everyone to give up a few hours and take the course. It is truly the difference between life and death.

Find an American Heart Association course near you here. 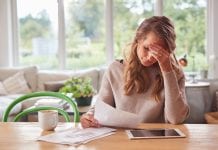 Giving Yourself the Space and the Grace 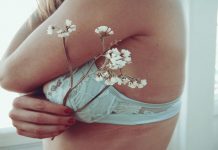 Another Milestone Met: My First Mammogram 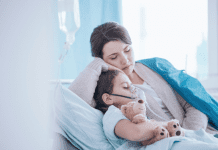