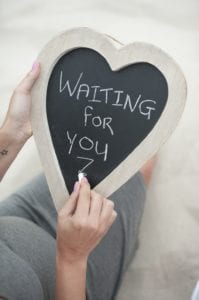 Late one evening after work, I hung up the phone. My doctor had been on the other end. I told my husband calmly that we needed to go get a pregnancy test. I wasn’t supposed to be able to have kids according to two other doctors. They each told me I had a long, long journey ahead of me if I wanted a family. I had begun to accept that adoption would be the only way we could start a family.

And then there I was, on my way to the store to get a pregnancy test per the advice of my doctor. As I tried to read the pregnancy test, my eyes filled with tears and I doubled over in pain from what I thought earlier was a stomach ache or cramps, but quickly realized were actually contractions after I read the test results.

I lost it – the baby that I didn’t know I was pregnant with. My journey had begun 7-8 weeks prior without me even knowing. My journey took me through painful contractions for another 4 hours followed by a D&C late that night. And then back to work several days later.

The silver lining was that I was able to get pregnant despite a few doctors telling me it wasn’t possible. Or that was how everyone tried to console me at least.

My journey continued. About a year went by post-miscarriage. No luck. No pregnancy. No baby.

I lost it – I lost faith that miracles happen. I cringed every time someone would tell me they were praying for me. I not only felt empty inside, I was empty. I found solace in googling miscarriage and was swept up by story after story of women who had also experienced loss and heartache.

I talked with my doctor and did two rounds of fertility drugs.

The longest 2+ months of my life. Round 2 worked and I got a positive. While I had a high risk pregnancy, I also had an extremely healthy pregnancy.

I lost it – as soon as I heard my son cry the first time and sweetly quieted when he was put on my chest. I waited so long for that moment.

I think about that first pregnancy a lot, though, and wonder if it was a boy or a girl and what he or she would be like. But as much as I think about that, I can’t imagine life without my son. I soak up his snuggles and hugs, record his little hearty laugh and smile, and appreciate all of the firsts I get to experience with him – with a little flicker of hope that my journey will continue and some time down the road, he will be able to hear a little brother or sister laugh with that deep baby giggle. 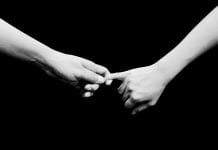 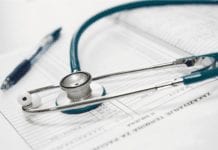 Your Spouse and Your Business {How to Make Working Together Work}

Algiers Point {It’s a Beautiful Day in the Neighborhood}