“I want to ask you a question, but I don’t want to offend you,” the cashier at MeMe’s children’s clothing store said to me in a hesitant way. I knew exactly where she was going with this.

She was about to ask me does your child have Down syndrome? 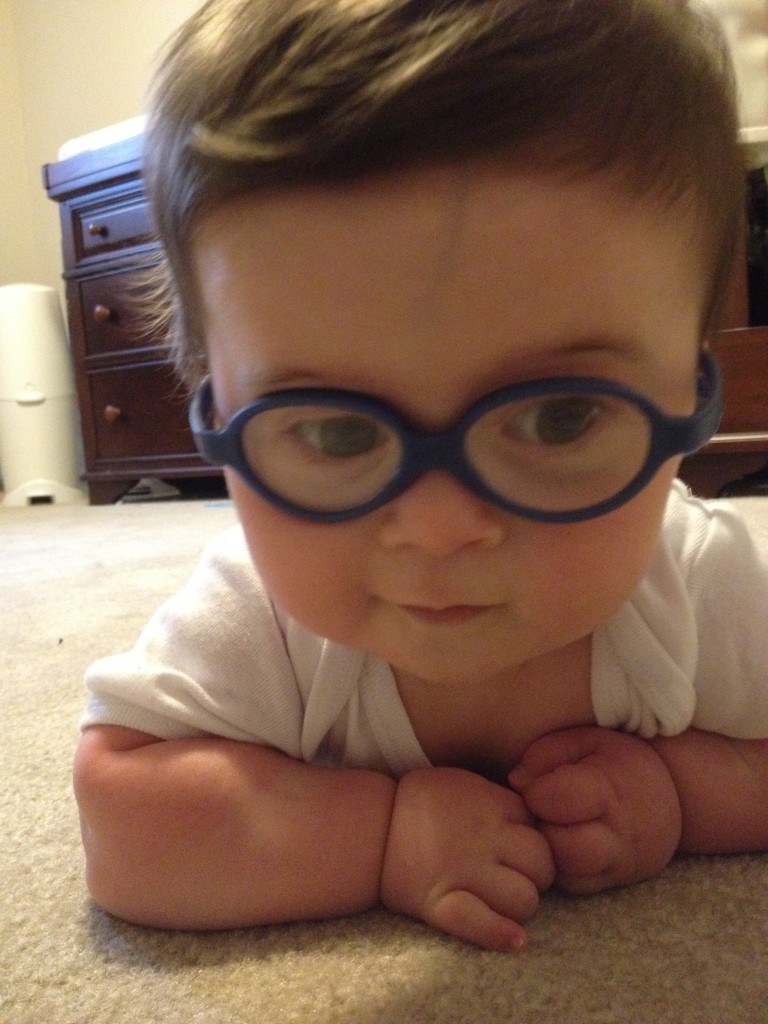 I was mentally preparing myself for it the few seconds before her question broke. I thought to myself, I’m not offended by the question, she’s just curious.

She must spot some of his physical characteristics that many children with Down syndrome have – lower set ears, less muscle tone in his face, what might appear like bags under his eyes.

This could be a teachable moment, I thought.

Then she leaned far over the counter – I braced myself – and she asked, “Can he really see with those glasses on?” I almost peed in my pants! “Yes,” I said holding back my laughter. “He’s farsighted, and he actually needs them.”

I catch many people staring at Jonah in public, but I often can’t tell if it’s because he is a one year old with thick blue glasses, which is highly uncommon and adorable, or because they can spot his Down syndrome. When I started noticing people staring, I was uncomfortable and automatically assumed they were staring at his features of Down syndrome. I know that before I had Jonah and literally knew nothing of Down syndrome, seeing someone with it would catch me in my tracks. But I was also that person who made a conscious effort not to stare, so it surprised me when people would stare at Jonah. And more times than not, I’ll catch children do a double take. They’ll see Jonah, look away, and then their faces would change as if they’d spotted something unusual and look back as quickly as they could.

Learning to accept their smiles 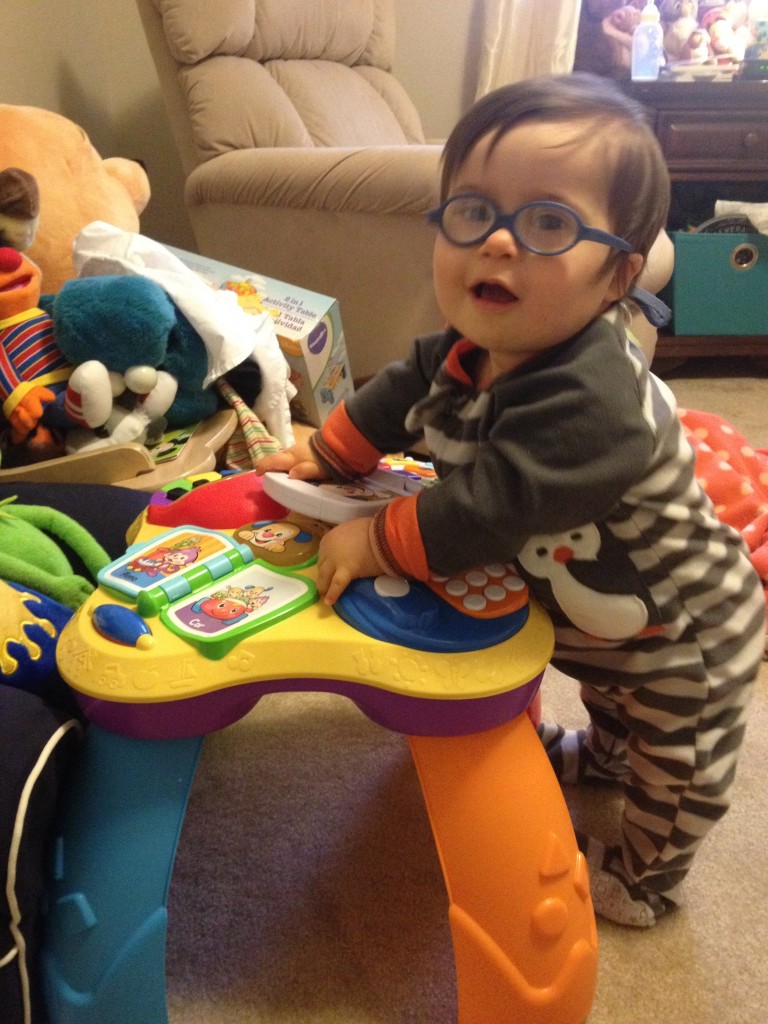 Often times, after I spot someone staring at Jonah, they look up at me and smile. When he was first born, their smiles upset me and I took them to mean pity. I thought, they must be thinking is she sad, how did this happen to her? I know I’m guilty of thinking this about moms I’ve seen in the past with a child with special needs. But now that I have spent a year with my child with a special need, I am happy in-love with him and it is not as hard as I had first imagined. Now I think to myself, don’t be concerned about what other people might be thinking. You are happy, so simply take their smile for a smile.

So now the stares and the double takes don’t upset me. He is a baby, and sometimes people stare at babies. They validate how special he is, that he isn’t just like everyone else. It is hard as a first time mother, especially at the age of 26, to hear that your child has Down syndrome. It’s a shock. It’s totally unexpected and I feared for my son’s future – I still do. But Jonah has put into perspective for my husband and I how lucky he is to be born in an era of acceptance for people with differences. In the past, my doctor would have suggested we institutionalize him, and I know many women who were told this, and some that even complied. Now we know that Down syndrome is the most prevalent genetic disorder in the world, and that its disability is a different rate of development. Children who receive early intervention have a higher success rate, and most will need speech therapy throughout their childhood. 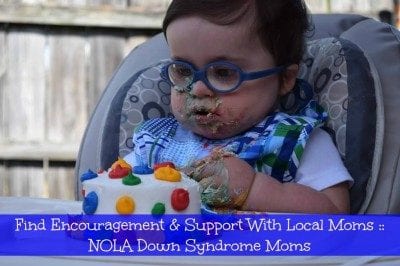 Jonah is one year old and doesn’t crawl yet, but he babbles, stands on his own against furniture, eats solid foods, and can hold his own sippy cup. Jonah will learn at a different rate than his peers and will carry different physical features, but he will learn and succeed.

The most important thing for me as a new mom is to have a support system. NOLA Down Syndrome Moms is a group started by three motivated moms, including myself, to make sure no mom feels alone. We don’t want other moms to be afraid, though we know there is much to be concerned about. Together, we are creating a sisterhood that will provide education and support to first time moms in the hospital or at their home. When you’re a mom and you feel alone, the stares may penetrate you in a negative way. But, from one mom to another, look at them in a positive light. They are most likely curious. It could be a teachable moment.

For information about our NOLA Down Syndrome Moms group, please visit their Facebook page. 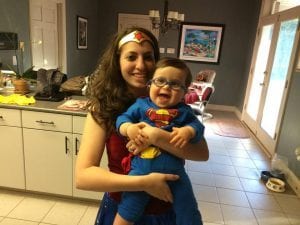