A few days ago I was changing my son Ben’s diaper and caught a glimpse of something scary on the baby monitor screen – something BIG and terrifying.

Ugh, baby mama got back. SERIOUS back.

I shouldn’t have been surprised by how plump my posterior had gotten. It did feel pretty cushy back there. I knew I was fat. The signs were pretty hard to miss. After all, I still wear some maternity clothes over a year after giving birth. I have more chins than feet. And my four-year-old niece recently proclaimed “Aunt Marie has the biggest belly in the world!” (Ah, there is nothing like the brutal honesty of a toddler.)

Despite knowing how much weight I had gained, when I looked in the mirror I just saw myself – a much chubbier version of myself, but myself nonetheless. The rear end taunting me from the baby monitor was that of a stranger. And not one I wanted hanging out behind me for too long.

Here’s a little background on me: in December 2012, I moved back to my beloved hometown of New Orleans after living in New York City 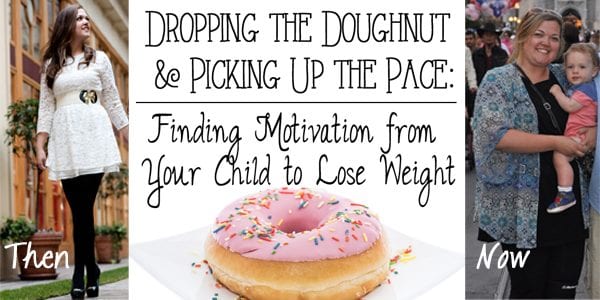 for nearly a decade. I was five months pregnant, stressed from a hectic move, and mourning the end of my fabulous, Sex and the City-ish life. New Orleans welcomed me back with open arms – arms full of love, laughter, and a whole lot of fattening food. That food, the New Orleans cooking I’d missed so much over the years, combined with leaving behind a lifestyle where I walked everywhere I went and months spent taking Prednisone for health issues, had me packing on the pounds before I could even start unpacking my darn moving boxes.

With those pounds came excuses. “As soon as I have the baby I’ll get back into shape.” “I was up all night with Ben, I’ll go to the gym tomorrow.” “After changing that diaper, I deserve a doughnut. And a bottle of wine. I’ll start my diet tomorrow.” Tomorrow, tomorrow, tomorrow. I was living in a world where my theoretical “tomorrow” never came. The pounds, however, were annoyingly punctual, and I am now seventy pounds overweight.

Time to Do Something About It 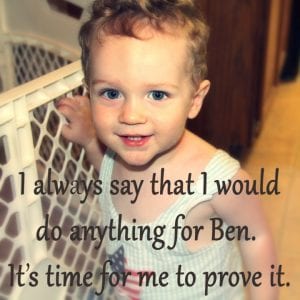 Today, Ben is fifteen months old and a very active boy. He loves jumping on the trampoline, running around the park, and climbing the stairs. As much as it pains me to say, carrying around these extra seventy pounds is using up a lot of the energy that should be spent on my son. Every time I skip that workout or don’t cook that healthy meal, I am stealing from him. I am stealing from him an afternoon of being chased by his mom in Audubon Park because running is hard on my knees. I am stealing from him a day of splashing around in our gym’s pool with me because I am too embarrassed to be seen in a swimsuit. I spend all of my time caring for Ben, but disregarding one of the things that he cares about the most: quality time with me.

I always say that I would do anything for Ben.

It’s time for me to prove it.

Have your children ever inspired you to something that you couldn’t find strength to do on your own? Do you struggle with your weight? If you have had weight loss success, what do you do to stay motivated?

6 Apologies to People I Annoy

Playground Mom Probs: How a Simple Fall Sent Me into a...