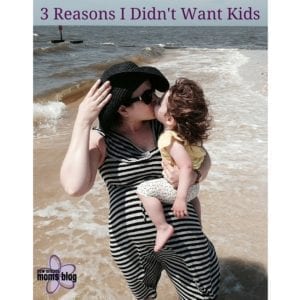 When I met my husband-to-be at age 22, I told him there was a hole in my heart from losing my mom to breast cancer as a teenager, and it could only be filled when I had, very specifically, a baby girl of my own, one day, very far away. I spent my 20’s pursuing my dream of a magazine career in New York City, and baby making wasn’t something I thought much about. My desire for a daughter was a part of who I was in the same way that I’m right-handed and flat-footed–a natural piece of me.

Just as I was finding my way in the big city, my dad called with devastating news that changed my mind about having kids in a flash.

Reason 1 :: My dad was diagnosed with metastatic melanoma and was not expected to live more than another year or two. What followed were surgeries, a treatment that gave him flu-like symptoms for six weeks as he lay in bed watching the devastation of 9-11, and an experimental treatment at Sloan-Kettering Hospital (he flew up from Charleston to stay in my studio apartment in NYC one week a month … so not very “Sex and The City”-like!).

Since my mom had died of cancer, I gravely assumed my dad would too. I decided I no longer wanted kids.

What if something happened to my child? I didn’t care to stomach more loss.

Reason 2 :: Speaking of loss, what if I became a mom and then had to endure my own breast cancer fight or  what if I passed the cancer gene to my kids? As I wrote here, I was originally advised not to get tested for the BRCA gene by a few poorly informed OBs. To be fair, this was long before Angelina Jolie and other celebrities started sharing their breast and ovary surgery journeys, but it was still incorrect, potentially life-threatening advice according to the oncologist I eventually consulted.

Reason 3 :: If I already had a hard time saying goodbye to my cat every morning as I headed off to work, how could I ever say goodbye to my kids? At the same time, I didn’t think I’d like being a stay at home mom. And, oy, the idea of vying for the best NYC public schools or paying for private schools? No thank you! My womb would not be open for business.

The treatment at Sloan-Kettering saved my dad’s life. There were many uncertain years, but he’s alive and healthy and considered a “miracle.” I did get tested for BRCA and to my relief found out I don’t carry the breast cancer gene. It took me a decade, but with some good luck and the passage of time, eventually I started to long for a baby girl again. By then, I had been in love with my husband for eons, and I knew that if we had to, we could handle the awful things I’d once anxiously imagined might happen to our kids.

I’m grateful to now have two daughters (yes, two girls!) who alternately make me want to yodel my love for all of New Orleans to hear, and bury my head in the mud.

From my very first day as a stay at home mom, after I got over the initial shock that I was home alone with a wee baby who was so mine that I couldn’t even go to the bathroom alone, my newest job has suited me incredibly well. I see now that there was never a doubt that my desire to become a mom, which I pushed so far down in my psyche during my dad’s illness, would naturally bubble back to the surface when the time was right.

Three years into parenthood, I understand that nothing in life can fully stop the pain of losing my mom, but every hour I spend with my family fills my hole just a little bit more. 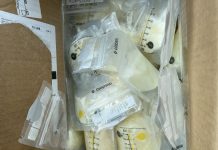 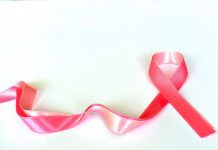 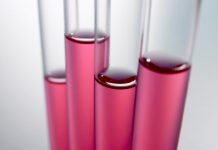 The Relief of Taking the BRCA Gene Test

Love Swimming This Summer {One Mom’s Experience With Swim Lessons in...