I’ve made it through the door, ditched my work shoes, and collapsed onto the couch. 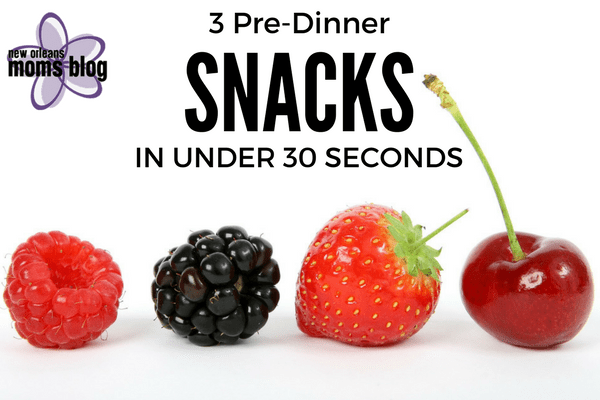 Sure! I walk into the kitchen and throw a fruit snack/cookie/dry cereal into a bowl.

After several trips to the pantry, I quickly realized these sugary treats are not going to be enough to hold my son over until dinner time. So, what did I do? I did what any good mother does — I turned to Pinterest. I searched for “after school snacks” and “healthy snacks for toddlers” which presented me with hundreds of snack ideas. I looked through several links, but there seemed to be one glaring problem.

They all required baking, extensive assembling, or more than 20-minutes prep time.

Let’s be real — if I’m going to be spending that much time in the kitchen, it’s to make dinner, not a snack. Pinterest-worthy snack = too much time in the kitchen. Fast snack = too much sugar and not filling. It was really a conundrum. With some trial-and-error, I now have three fairly healthy snack ideas that I can whip together in *literally* 30 seconds. My Oreo-loving four-year-old actually eats them, and they keep him satisfied for longer than 5 minutes (win-win!). 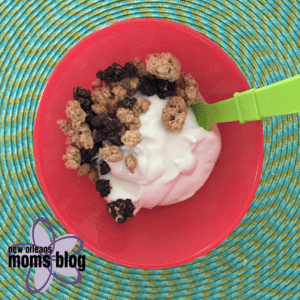 Since we buy individually-packed yogurt, I usually open the yogurt and put the granola in a bowl. Sometimes my son wants to put the yogurt in the bowl, other times he puts the granola in the yogurt, but mostly he eats the yogurt and granola separately. I put the two together for him ONCE and that was a disaster. In case you’re wondering, yes, that is chocolate and mini marshmallows in the granola. Every journey into the granola world has to start somewhere, right? 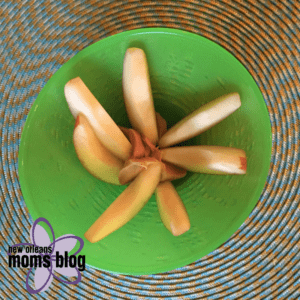 This snack took more trial-and-error than the others. At first I put apple slices next to Nutella. My kid ate all the Nutella — licked the bowl clean — but completely disregarded the apples. Looked at the sugar amount in Nutella and YIKES. No wonder why he loved it.

I tried nut butter (cashew butter specifically) and put next to apple slices. He ate the apples, but didn’t touch the nut butter. So, I dipped each slice into the nut butter before throwing them into the bowl. Bonus: no dirty spoon! Also, go ahead and grab pre-sliced apples. It might cost a little more, but bags of sliced apples are a time saver! 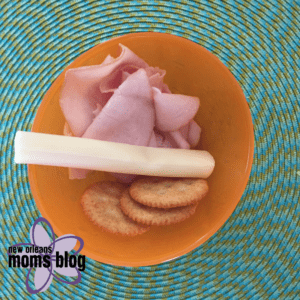 This snack was inspired by Lunchables (confession: my kid has eaten them and will likely eat them in the future). A mozzarella stick or cheese cubes and a couple pieces of turkey or ham — voila! Sometimes I add in a few whole grain crackers, sometimes I don’t. This seems to be the most filling snack out of the three, so I try to limit how often I make it.