I’ve never been very crafty. Pre kids, I used to oil paint in my down time, but that’s as far as it went. My sister in law and I are notorious for failed Pinterest projects. We always have these grand ideas in our heads that never quite come to fruition. Like the time we attempted cross shaped sugar cookies for Jude’s baptism. They baked up a bit too much, and let’s just say they looked a little phallic. #epicfail 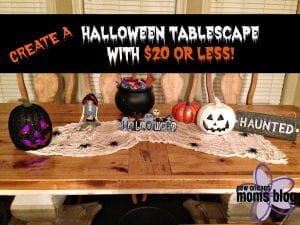 Flash forward a few years, and I am all about less work, great results, and a good deal. I don’t have much free time nor an endless budget for these things, so I hit the stores for ready made decor. I’m not generally a fan of Wal Mart, but I will go for holiday items. You really can’t beat the prices, and if you can go on a weekday morning, it isn’t crowded. Almost every item for this tablescape was purchased there.

This was such a steal for only $2.97! I laid this down first to set up the tablescape. I only bought one, but I may get another because I have a 9 foot table, and I think it may look better with two. It could work for any table, and they also have it in black. 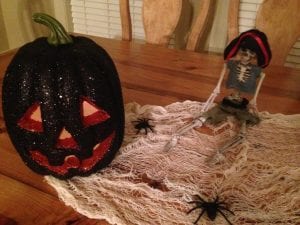 Both are light up and were only $5.97 each. I couldn’t pass up the glitter one, especially since it changes colors! I had the white one from last year.

I scooped this one up at Michael’s for $4.00, after using my 40% percent off coupon from the weekend circular. I never go to Michael’s without this coupon, they offer them all the time.

I had to have the skeleton, well, because he’s a pirate and I LOVE The Pirates of the Caribbean. Plus, he was a mere $3. The glitter spiders were $1.97. 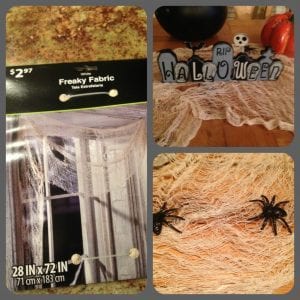 You gotta love the $1 bins at Target! I also bought some glow bracelets here for trick or treating.

I bought these at Michael’s a couple years ago, again with a coupon. The orange one was a project with my sis in law, that actually turned out pretty cute. We sprinkled glitter on the stem and hot glued sequins around it. That project took an hour or so, and I use it for the entire fall.

The final product cost me just shy of $20, including tax. Set up was less than 10 minutes, and I have enough items that once I set out food, I can display them on my table and my island in the kitchen.

Do you have any tips for decorating on a budget? 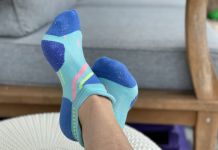 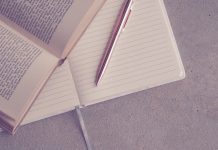 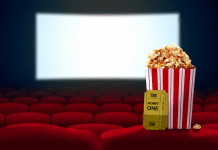 Living, loving and loathing in New Orleans: my likes and dislikes...