Yep, that’s right! I decided to dip my toe into the world of the vegan lifestyle. When I told some of my family and friends, I got the crazy looks and side-eye and the infamous question. WHY? The answer was simple because I want to, and in the words of Tabitha Brown, because it’s my business.

How it all began

I’m always on Instagram, you would even say, I could be addicted. But that is a story on its own, anyway, I came across a friend’s post and she was starting a vegan challenge. As I stared at the post, I thought why not, I mean I don’t really have much to lose. Not going anywhere but work and home, this is a good time to try something different. So, I sent the DM saying, “I’m in!”

Going into this challenge I had to have an open mind. As my friend sent me all the things I would need, the main thing I thought I would have an issue with is NO CAFFEINE or LIQUOR, but I had to detox first so it wouldn’t be long until my loves and I would reunite soon. So, I told myself I can do it. It’s been a week and I actually feel really good. I had some cravings, but I had to remember “My Why.”

I’m still in the battle of depression, anxiety, etc. and 2020 has not helped at all. (can I say let’s just throw this whole year away). Now, I adore my baby, would do anything for her, but lately, I find myself going back into this mood of sadness and anxiety. I have low energy and I’ve been dealing with chest pains. As I researched veganism, most people say they have great health, lost weight, and don’t get sick as much. Great selling point right. I just want to be healthy and have the energy to keep up with my toddler and live a happy fulfilling life. If it takes for me to change my whole eating habits, then I will. And so far, I’ve been doing great. Now, living in New Orleans and all the deliciousness that comes will be a challenge but if I decide to have some seafood or a beignet, again that’s my business. Who says being vegan is wrong or right? So, if you do see me with a beignet. Don’t come yelling at me. Someone said, “we’re humans, don’t try and push me away if I do wrong, just give me some love and say try again.” I know I’m going to have my slips, but I’m willing to stick to it and hope that I get the results that I’m looking for.

Know any good vegan recipes I should try? Send them my way!

Have you tried different lifestyle changes? Let’s talk about them. 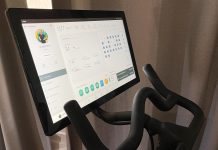 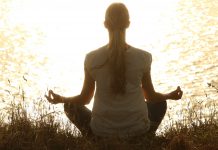 I’m Having a Hard Time :: Transitioning Into the New School...

The Professional Procrastinator :: Not Using my Time Wisely