Disclaimer :: We, at New Orleans Mom, support public schools, and many of our team members have had a great experience with Jefferson Parish Public School System.

On Wednesday, August 6th, an assembly of parents and teachers gathered before the regularly scheduled Jefferson Parish School Board Meeting to protest the start of in person schooling for the largest school district in Louisiana under current conditions. I won’t go into the responses to their protest, which range from support to compassion to anger to dismissal. What else is new these days?

For a myriad of reasons, I opted not to attend in person, and watched the online stream. My family and I have made the hard decision to allow our children to return to school in person. That decision was made after a lot of hand wringing, research, unknowns, and input from the kids themselves. Several families went through the same process and opted for Virtual Jefferson.

Plenty of families do not have the luxury of choice. They have no one to watch their children. They don’t have the bandwidth to teach them. They are essential workers, healthcare workers, or in inflexible jobs. This pandemic is slowly but surely wearing all of us down, if it hasn’t already.

But that’s probably another discussion. My point is there is no “right” or “wrong” and I wasn’t about to question other families’ choices. Then the surrounding parishes opted to either delay their start date or begin virtually. Meanwhile, Jefferson Parish public school teachers and support staff returned to work this week, and more information unfolded.

I want to talk about the fact that schools are suddenly limiting before and after care, forcing working families to scramble to adjust their work schedules, often with little support from their employers. I want to talk about the careful language that Jefferson Parish has used in its Start Strong plan, which includes a heavy burden on parents and individual schools to make choices “to the maximum extent possible.” Hell, I want to go back to the board’s abrupt hire of the Louisiana State Superintendent of Education, who completely disrupted the system as he Yertle the Turtled his way through us to the Louisiana Department of Education. I’m not totally mad at that one – I like the new Superintendent. I want him to succeed – because it means our district does.

But for now, I’m going to focus on the school board meeting that ended abruptly when a black man raised his voice to a white woman. Mr. Board Member, I want to give you the benefit of the doubt, I truly do. You pride yourself on mentioning that you are the longest standing board member, so I have to assume you’ve been yelled at before. I want to believe your reaction was not racially motivated. But I’ve been to those meetings, and here’s what I’ve seen:

I won’t go on. You get the point. You’ve showed us, repeatedly, that you don’t always care what we say. You say you do. So maybe you do. But do you hear?

Still, I’m going to set that aside and give you the benefit of the doubt. I’m going to assume that if I, as a white woman, was upset because I’m genuinely frightened and angry about the coming school year and I saw your fellow board member looking at her phone while I gave an impassioned plea to be heard so I raised my voice – you would have reacted the same way.

I don’t like what he said either, but I get what was behind it. And once he was escorted out, there was still a line of people who had waited three hours to express themselves. See below – this was taken when you abruptly and inappropriately adjourned the meeting.

These are the people who voted for you. These are the teachers and staff who are asking for a safe, reasonable working environment so that they can do the immense work of educating our children. They are not being lazy. They do not want more time off. They want to be able to do their jobs in the way you promised they would. These are the people you’ve asked to trust you.

You let them down. You let us down. You could have removed that man and continued to patiently and attentively hear the voices of the people you are sending into ill-equipped and under prepared schools on Wednesday. Particularly since you had already delayed the vote about whether or not to adjust the start of school to your super secret executive committee meeting. The things they had to say directly affect that vote. And they went unsaid. Because you chose not to listen.

I don’t know the right answer, and I don’t envy you in making this decision. Here’s what I do know. The right decision should not be based purely on business interests. The teachers and parents and professionals who were able to speak last night made valid points. Since the board has a history of zoning out when people other than them are speaking, I laid them out for you below.

This is just a few of the things mentioned last night. The parents and teachers last night were just getting started. They deserved to be heard, every single one of them. I don’t know what the right answer is – do we delay or not – what I do know is that the impression you gave last night was that your mind was made up, no matter who it hurt.

I hope I’m wrong. I’m trying to give you the benefit of the doubt and be a supporter of public school systems. After all, I love my children’s school – their faculty and staff are dedicated, professional, and amazing. I’m trying, very hard, not to be angry that you’ve dismissed the countless people who are now dealing with the fallout of your “amazing” Start Strong plan.

The board needs more educators and fewer business people. The Parish deserves a board that is actively passionate about the students, teachers, staff and parents it serves. Particularly when, last night and beyond, you’ve shown me that, behind closed doors, you’ve already made up your mind. 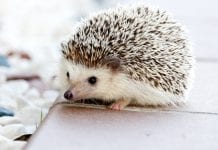 You Want to Own a Hedgehog :: A Beginner’s Guide 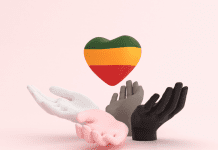 Black History Month :: Ways to Celebrate With Your Little Ones

My House Needs Work But I’m Keeping It

A Note for My Shy Daughter, From Your Outgoing Momma