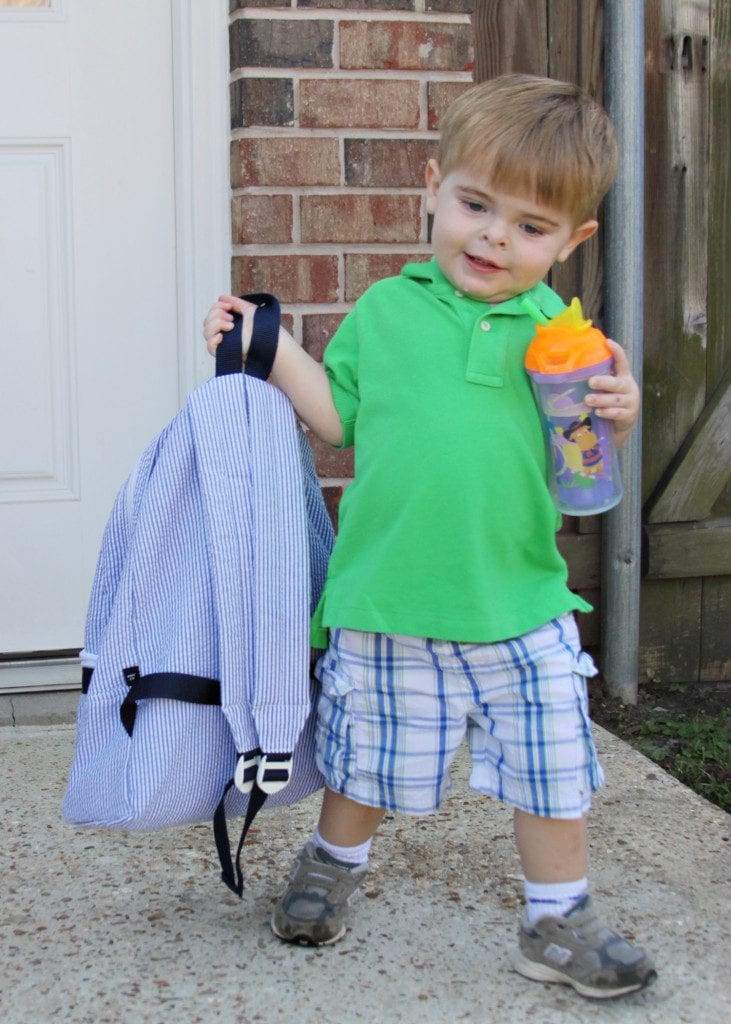 It gripped me the day that I got that phone call from the director at the preschool. A spot for Andrew would be available at the school we had selected for him when he was a wee baby at the beginning of their summer session in June.

I knew the day would come where it would be necessary to transition him from the cozy, one on one attention he gets with my parents to a busy, scheduled one with teachers, activities and other kids. But it seems like that day came way too fast. I have been very lucky that for the last nineteen months, my parents have provided child care for Andrew while Scott & I work. During this time, Andrew has grown a very close relationship with his grandparents, and I’m so grateful that they have that bond.

As hard as I tried to push it out of my mind, I also knew that in order for Andrew to flourish and learn, at some point, he was going to have to go to preschool. I had fear about leaving him with strangers, fear about him not eating properly, even a fear about him catching crazy illnesses. I knew that these fears were irrational but I still had them. I had so many questions lingering in my mind about this new transition to school. “Is he ready for a school environment?” “Will he be safe?” “Will he make friends?” “What if he feels left out?” and of course, “What if he feels scared and abandoned?”

It was through a conversation with my best friend that I started to relax about his next big milestone. She is a kindergarten teacher and through her observations, she even said he would be fine and do really well and that there was no doubt that he was ready. I knew in my heart he was, too, as often, when he sees other children, he rushes up to them, says “Hi!” and yearns to play. More than anything, I think we (as in my husband and I) were the ones who weren’t ready to see our baby boy grow up and actually head off to “school.” 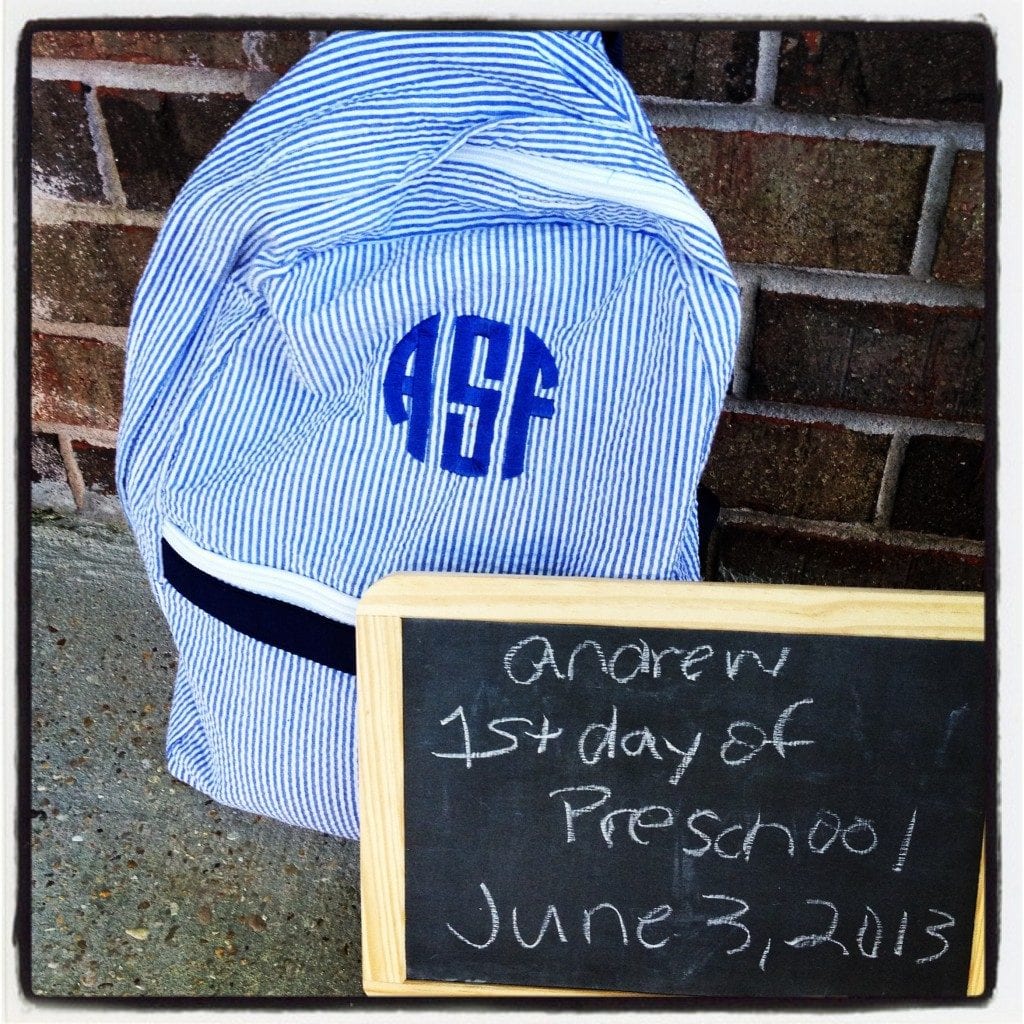 So, on that hot June morning, we tied up his sneakers, and packed his little seersucker backpack, ready for his new adventure. As a family, we headed to his new normal – at the cute little school right down the road  with the ceramic frog  in the doorway. I was so proud when we dropped him off; he jumped right into playing with the other kids and didn’t even notice when we were leaving. He did well that day, only briefly crying a few times here & there. He got home that afternoon and was excited to see us and slept like a log that night. Upon reading the schedule and calendar for the months ahead, I was jealous of all of the fun he was going to have!

Hallelujah, school was a success!

Or so I thought.

The next few days were HARD. I don’t think I’ve ever had to hold back big fat ugly tears as much as I did for those few days. I dropped him off nearly every day that week, and as we arrived to the school, I had a Stage 5 Clinger on my hands. He would scream and cry when I dropped him off, and it took all I had to not let him see me cry. Oh, and my biggest fear (the sickness thing!), well, let’s just say he didn’t make it 5 days before I had to keep him home with a tummy bug that he then proceeded to pass on to us!

The next week was a little bit better. He would cry at drop off, but when I would call (an hour later), the director told me the cries stopped almost immediately and that while he was temperamental, he was still eating, napping and starting to play a little bit at school. Each day, he was warming up to school a little bit more. I felt better that I could call and check on him, and he was sleeping well at night and already started to pick up more words, expressions, and he even would pick up after himself when he was at home!

Now we are on week four of school, and while we have some days where he is clingy and whiny, I have been assured that the tears end before I can pull out of the school. (I know it’s true because I snuck back in the other day, and he was playing happily less than 5 minutes later!) When we pick him up, he’s happy to see us, but often playing with his new friends and is sure to wave bye-bye to his teachers and blow kisses on our way out the door. He sleeps well through the night, is learning the fundamentals of playing well with others, gaining knowledge and is just blossoming beyond my greatest expectations. Plus, all of the cute crafts he’s been making are SO CUTE!!!

I know now, that making the decision to put him in preschool was the right one, and while I know it will bring around some bumps in the road, like getting shoes thrown at me because he’s not ready to go (yes, that really happened); I know that he will grow by leaps and bounds with each fun filled day! And that fear, well let’s just say, it is slowly fading each day with every positive afternoon pick up.

Did you struggle with sending your toddler to preschool? How did you cope? Do you have any words of advice for adapting to this new routine?

Inexpensive Ways to Pamper Yourself

From Toddler to Teenager in Less than a Year