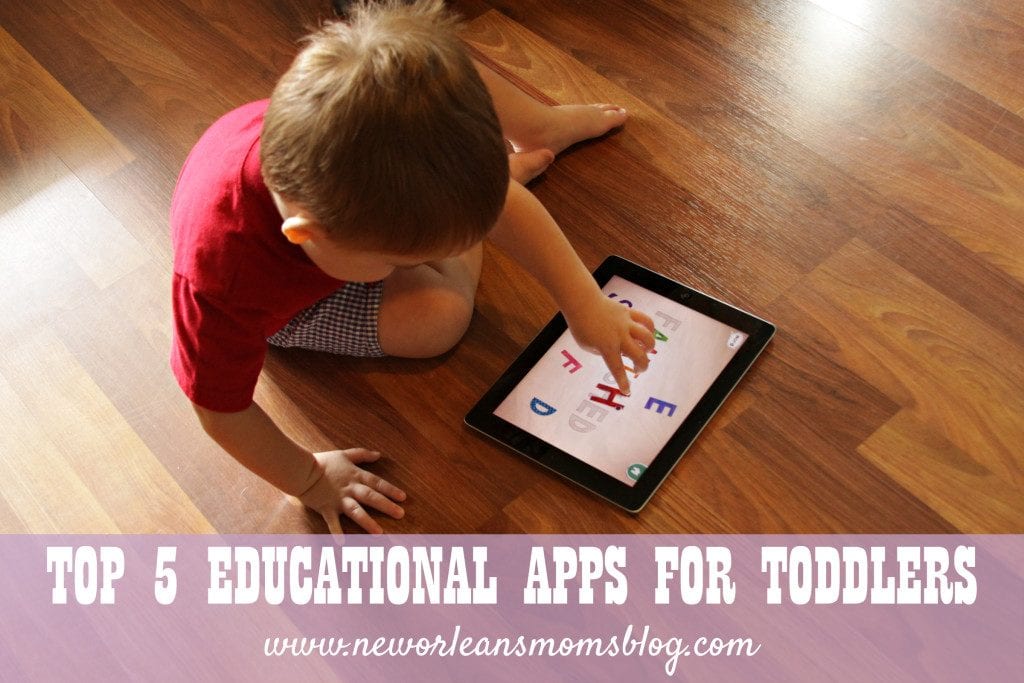 When I was pregnant, I had a nice little list of things I swore I would never do. On the top of that list: I will not let my kid take over my iPad. (You know, the one that got run over when I went into labor? Don’t worry, I bought myself a new one.)

Two years and two weeks later, I’m eating my words. In fact, I’ve been eating my words for a while! As time as gone on, I have decided some battles are actually worth losing – especially when it comes to combining education and play!

Whose iPad is it, anyway?

The joke was on me. If you have ever seen my iPad, you will see that there are far more apps on it for Andrew than me – and that’s okay. Because honestly, all I do on my iPad is surf the net, manage my fantasy football team, read books, blogs and magazines, and use it as a parenting tool.

Before you start thinking, “Shame on you, Andie!!! You should NEVER let technology parent your child!” I promise, I am doing no such thing. Before I had Andrew, and when he was very small, I never saw a reason to use the tablet with him. In fact,  I had very STRICT ideas on the iPad’s role in our family. (It was strictly for MY entertainment only!) I am not sure what happened, but one Saturday afternoon when Andrew was almost 9 months old, I suddenly had a change of heart. (Confession: my change of heart included me wanting to keep Andrew out of the kitchen while I cooked dinner.) 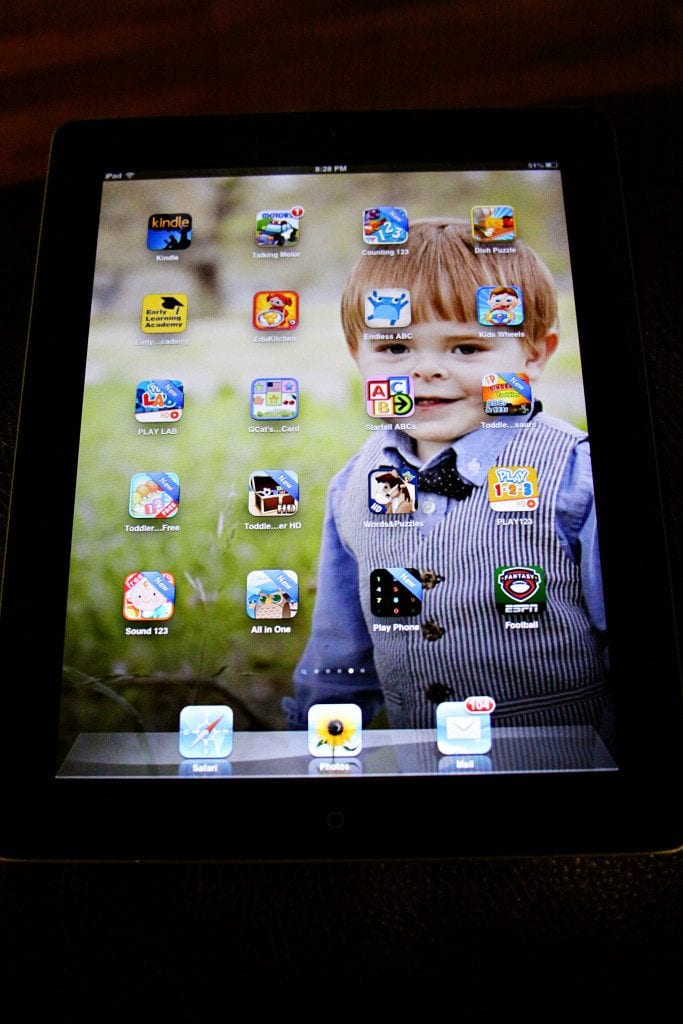 I  downloaded the app Color Drops and let Andrew “color” and laugh hysterically at this seemingly simple game that let him “color” pages with animation. It was simple and was also a great way for him to have some “play time” before or after dinner that was also educational. Often, I jump in to play with him too! I will confess, after a long day at work, sometimes pulling out play ideas seemed daunting and having the tablet to assist was a great help. Now, my iPad’s home screen is blessed with not only adorable picture of Andrew, but also at least 20 apps devoted to him.

A Tool for Education & Discipline

As Andrew has grown a little older, we have adapted the use of the iPad to work to our benefit. I reserve  15-30 minutes a day for supervised iPad play, and we have downloaded a few apps that I feel have helped to develop his vocabulary and learning skills. I consider it a way of reinforcing what he learns at preschool, which is always a good thing! Also, I use the iPad as a reward to him now that he is finally starting to understand the concept of “cause and effect.” He knows that if he behaves well, then he will get to play his “games” later on in the evening. However, if he misbehaves, he understands the consequences that follow – one of which is no iPad! As a rule, we save it as a reward, although I may have used it during the last hour of a long road trip to stop the wails of boredom from the backseat!

The best part is that while he is getting a “reward” for good behavior, he is also learning his ABC’s, colors, shapes, and numbers! I’m pretty confident in saying that I think Andrew’s diverse vocabulary and comprehension have been reinforced by some of his apps that he “plays” on the iPad! Here are some of our favorite apps that serve as great rewards AND give great lessons on learning for a toddler.

Some other popular apps from other NOMB contributors and friends include Math Bingo, Starfall ABCs, Pocket Pond and PBS Kids.

Do you use an iPad or tablet at your house with your toddlers? Do you use it as a reward or education tool? What are your favorite apps?

The Gift that Star Wars Gave Me

NO MORE YELLING! {A Parenting Strategy that Really Works}