The directions for the recital included “high curly pony tail with bow.” When we did the trial run for pictures, we used a curling iron and there was so much anxiety on whether or not it was going to burn her, that I decided we would use sponge rollers for the recital itself.

The Night Before the Recital

We set out her costume, tights and tap shoes and packed her bag with coloring books, crayons, snacks and water to keep her occupied backstage during the show. She was full of nervous excitement, constantly repeating how she couldn’t wait to wear lipstick and how she had been practicing her curtsy so it was just right. Now it was time to break out the sponge rollers. 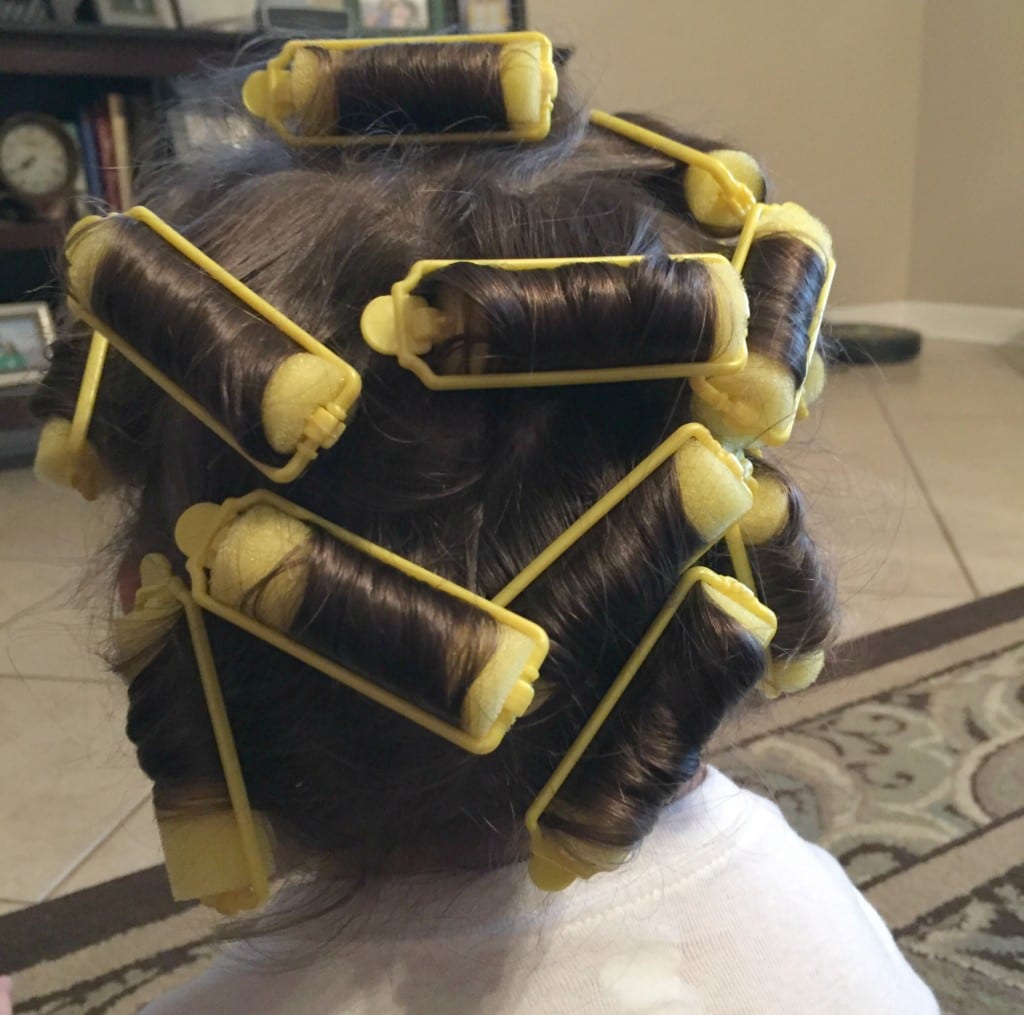 At first she was worried that it would hurt while she was sleeping on it so we agreed that if it was uncomfortable after just a few minutes of laying on them, we would take them out. She surprisingly didn’t move a muscle while I separated each section and rolled her hair. I mean she can’t even stay still for thirty seconds when I fix her hair for school every day … and I’m sure having Tangled on the tv at the same time helped.

After a while, she forgot the rollers were in her hair and only realized it again when she looked in the mirror as she was brushing her teeth before bed. She said “these don’t even hurt. I will sleep on them so they will make my pony tail curly.” And that was it … until the morning.

Bright and early Saturday morning, she popped out of bed ready to see the result of the sponge rollers. As soon as the first sponge roller was out, the tears started flowing. Since the rollers had been in her hair for at least ten hours, the curls were pretty tight … which of course, made it shorter. She immediately began pulling down to each section to make it longer. As I continued to take out the rest of the rollers, the tears just got bigger.

I felt awful! I have cried over my hair before so I did not want to downplay the frustration that a girl has when her hair does not turn out like she expected. On top of that, she was already getting nervous about dancing on stage in front of hundreds of people and I certainly did not want this to add to her anxiety. I did my best to try to convince her that the curls would loosen up soon and her hair would be long again. Plus, we needed to put it in a ponytail anyway so she wouldn’t even see how short it was. She wasn’t buying it.

We had two hours before we had to leave for the recital. I told her we would set my alarm for an hour and if the curls hadn’t loosened up by then, we would wash them out. We kept busy – she helped me make breakfast, she helped me do laundry, and even played a few rounds of Candy Land and Chutes and Ladders. Then when it was her turn, she bent down to spin the wheel and some hair fell in her face. She popped up and said “hey it is getting longer just like you said.” Whew, crisis averted! We proceeded to get her costume on and fix her hair in the high curly pony tail with bow that was requested. Now, to prepare for the argument on just how much makeup she was not going to be wearing to the recital. 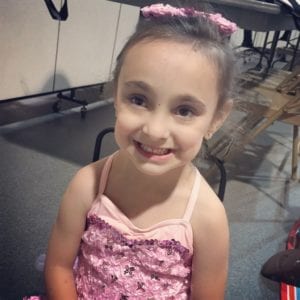 This wasn’t the first time she has shed tears over her hair either. Her hair needed to be trimmed a few months ago, so we talked about it for a few weeks, then one day after school, I drove straight to the salon. As soon as we turned onto the street, she started crying. When I asked what was wrong, she told me that she was afraid the lady would cut her hair short like one of her classmates. I promised her I would not let that happen, that she would only cut off a little bit just to even it out and she eventually calmed down.

I know some people say “it’s just hair.” But it is a big deal to some, even at four years old. At every chance we get, we make sure to talk about how important it is to always be kind above everything else and it’s what’s on the inside that counts. So yes, I suppose it could be considered shallow to engage with a four year old about her hair, but in a world where body shaming and bullying start at such a young age, I will do everything in my power to help boost her confidence. And if that means offering to re-do her hair the morning of her dance recital, then so be it.