My son and I were at the library waiting to check out our books when a small child began to scream and cry loudly. My son looked around trying to spot the culprit and said, “Oh man, that kid’s really loud. They need to get him out of here.” “Ha!” I spat out, and nearly dropped the overflowing stack of books. “Oh really? You think that kid is loud? You’ve done that and worse at this very library.” He looked at me, eyes wide with shock. “I did?!” 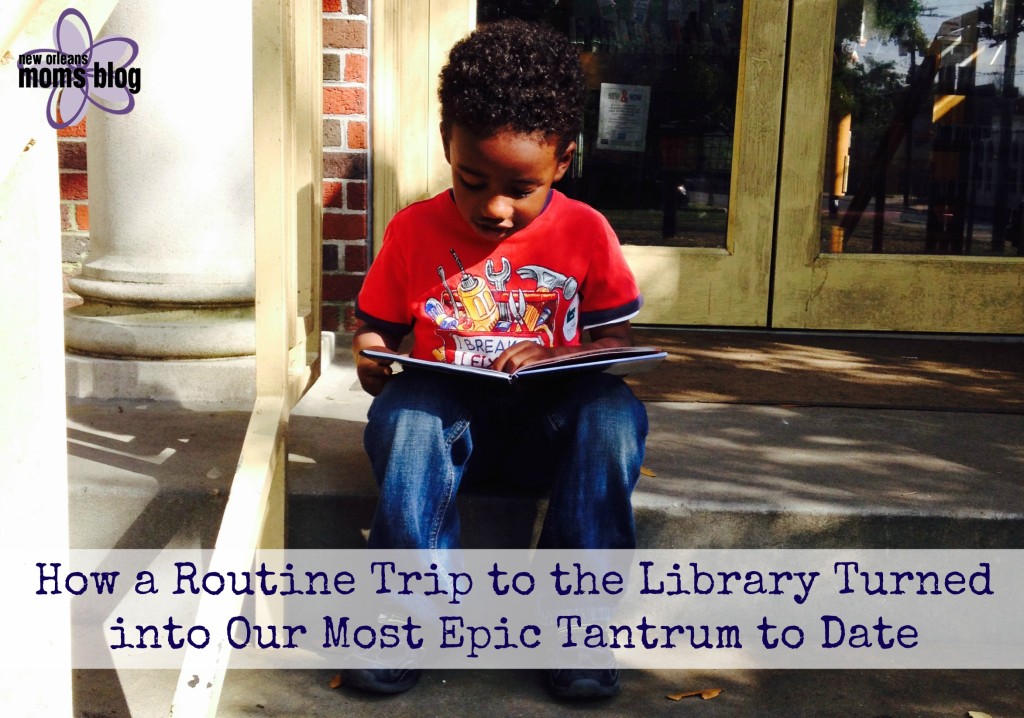 Before I tell you what happened, let me tell you what I learned: never take your child anywhere right after vaccinations. Even if they seem fine and happy, just go home. Trust me on this. Don’t do what I did.

We were passing the library on our way home, so I suggested we stop in. This particular library has a separate children’s room with little tables and chairs, bright carpets, and floor to ceiling windows that overlook a back patio studded with young trees. We browsed around, or rather I browsed around, while he rolled around the carpet with a stuffed dragon he found on one of the shelves. I was gathering books when he came up to me and said he wanted to go home, now. I told him we would check out the books and leave. He insisted we go, right now, without the books.

In retrospect, I should have put the books down and took him home.

But I didn’t heed the signs of a coming meltdown (it was lunchtime, we had been out for over an hour, the aforementioned vaccinations) and instead, insisted on checking out the books, knowing he would regret not getting them when we got home. I plucked a Thomas the Train book off the shelf and produced it as my game-winning piece. He was crazy about Thomas at the time. 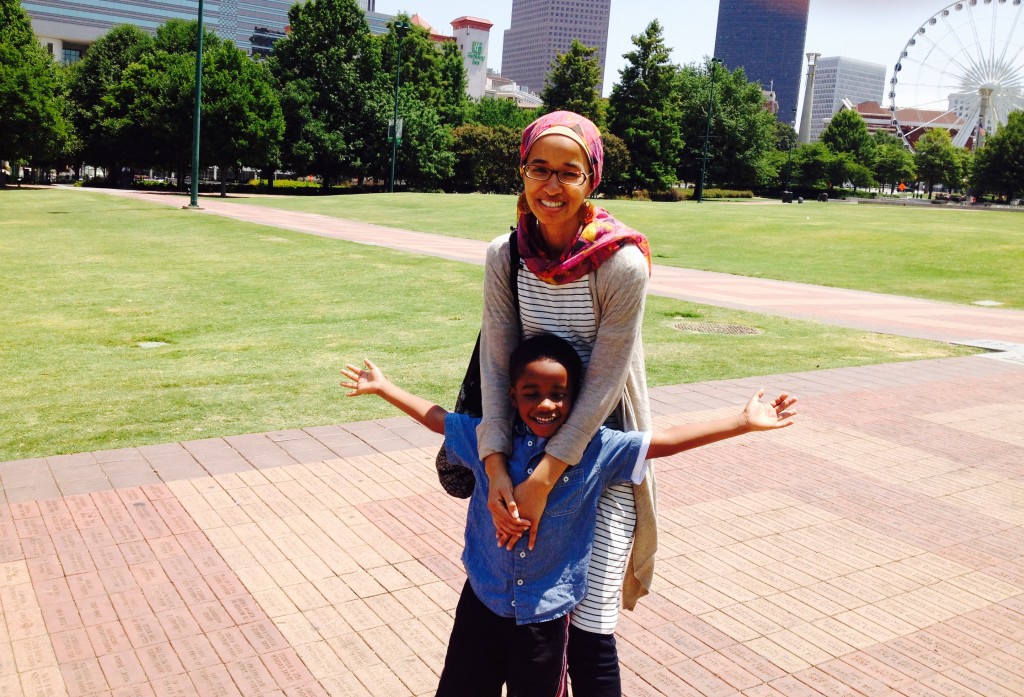 It worked, or so I thought, as he grabbed the book from me and headed to the door. But when we arrived at the front desk, he refused to give the Thomas book to the librarian. I reminded him that the librarian has to scan the book before we can take it home. He clutched the book to his chest and shook his head. I reached for the book and he let out one loud “No!” and started to cry. With what felt like a hundred pairs of eyes on me, I told him to give me the book so I could check it out. Instead my son, now screaming, took off running through the main doors, setting off the alarm. I shot off after him and grabbed him around the waist while he kicked and screamed his head off. He wailed like an ambulance the whole way to the car, and by the time I wrestled him into his car seat, we were both a sweaty, furious mess.

I remember vividly starting the car and turning the air up as high as it could go, then I placed my head on the steering wheel and cried. My son, who had never seen me cry, immediately snapped out of his tantrum, asking me what was wrong. I looked over at him and yes, just like that, his slate was wiped clean. Whereas I was red and puffy, he was cool and bright-eyed, sitting calmly in his seat. When we got home, I was so traumatized that I couldn’t even touch that damn Thomas book. I never even read it to him.

I didn’t take him back to that library for months.

And when we did finally go back, I was on edge the entire time, creeping up to the front desk, trying not to make eye contact with any of the librarians who might recognize me as “That Woman with That Kid.”

When I told my son that story as we waited our turn, he scrunched his brow and shook his head slightly, unconvinced I was talking about him. He’s five and a half (that half is everything right now) – a big kid, not a (gasp!) little kid – who can’t keep calm in a public place. I stood there thinking about how time passes, how, as all the parenting books and blogs and magazines tell us, we will get through those tough moments and maybe even look back and laugh. I still can’t laugh about that day, but I do marvel at how quickly his mood flipped and how defeated I felt.

I am reminded of those moments when I witness other families dealing with public tantrums. If we make eye contact, I give them a reassuring smile. I’ve been there, my smile says. You’ll get through it. I send little imaginary butterflies of comfort their way. It makes me think some of those eyes I felt on me that day were kind and understanding too. 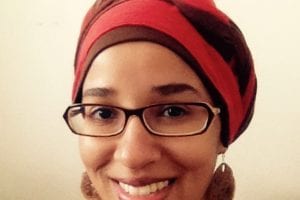 Ambata Kazi-Nance is a writer and teacher born and raised in New Orleans, LA. She writes for Love InshAllah, Grow Mama Grow, and Azizah magazine. Her personal essay on breastfeeding, “Four Days,” was featured in the anthology, Free to Breastfeed: Voices of Black Mothers (Praeclarus Press 2014). Her short story “Rahma” will appear in Mixed Company, a collection of visual art and fiction by New Orleans women of color, on sale March 28. She lives in New Orleans with her husband and son.