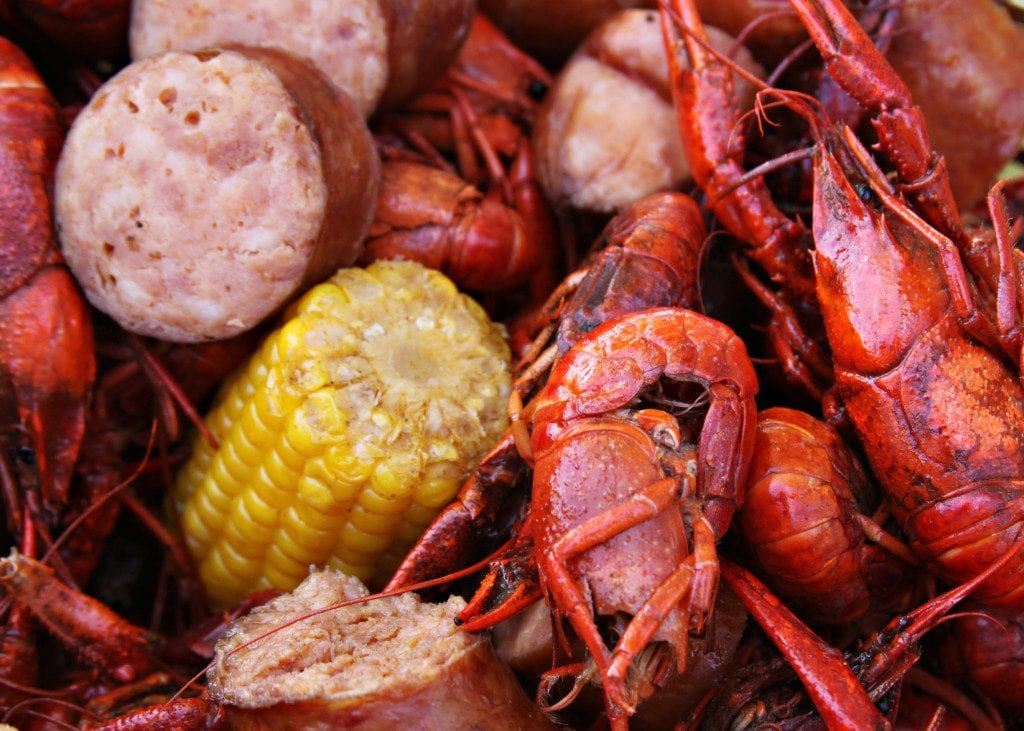 There is something about the birth of a baby that will bring out all sorts of parenting advice from all over. In fact, I’m pretty sure that the day I announced I was pregnant the words of wisdom flowed regularly from family and friends about what to expect as a first time mother. Most of the advice was mostly about sleep, not worrying about a messy house, and to treasure every minute of time with your little one because it all flies by so fast.

One thing I never got advice on, though, was how to prepare for the first big boo-boo and the huge helping of Mom Guilt that comes with it.

Two weeks ago, as we gathered with family to celebrate birthdays with a crawfish boil, I learned first hand how difficult the first accident can be. We were all excited for our family visit since we had not seen them since the holidays. Andrew always loves going to the country to visit his cousins, PaPa B, aunts and uncles. Plus, he really loves running around my father-in-law’s sprawling 5 acres and playing with the “puppies.”

After having his own lunch while the crawfish were soaking, we finally headed outside to play. I did my part keeping Andrew from the burner and pot, teaching him “HOT!” and making sure he stayed safe. We went down the slide (with my help, of course), and he even rode his cousin’s tricycle with a little help from Mom & Dad. While everyone (except me) ate crawfish, I followed Andrew around to keep him from tormenting the dogs or, even worse, hurting himself. 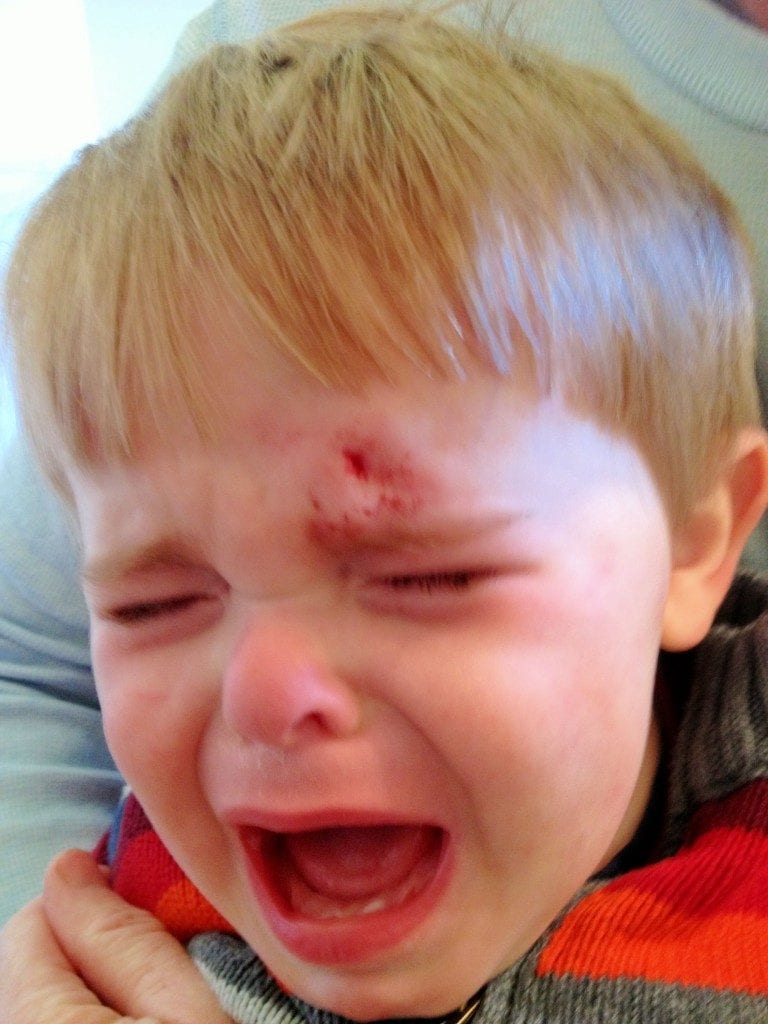 In what seemed like a blink of an eye, while playing with my father-in-law’s playful yellow lab, Andrew got knocked over. He was very close to a utility trailer held up by a cinder block. He went down right on the corner of the block.

It was like that crazy mom sixth sense had a feeling that something bad was going to happen because I had already started running that way when I saw he was getting close to the block. Sadly, I was too slow. Before I could take another step, Drake (the dog) had knocked him straight into the corner of the block. At that moment, my heart jumped out of my chest, racing like crazy as I saw him go down, and I heard Andrew scream and burst into tears. I scooped him up immediately and held him in my arms while he cried and of course, I cried big, huge, ugly fat tears.

I couldn’t stop shaking as I held him, and I kept crying out of fear and worry for him AND out of disappointment in myself. What had I done? Why had I let this happen to my sweet baby boy? What if it is way more serious thank it looks? I was so scared he may have a concussion or hurt himself really badly, and it was all my fault. My immediate instinct was to rush him to urgent care or to the hospital to get him checked out. My in-laws and extended family assured me he would be ok. Of course, my mom guilt was running rampant I wasn’t so sure. 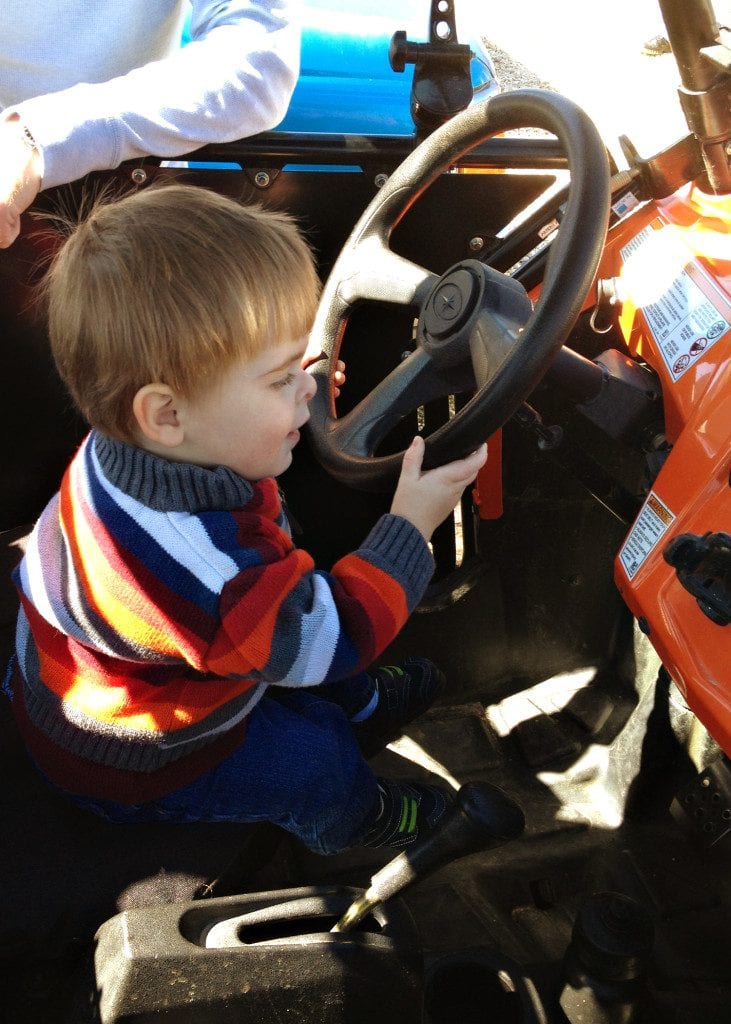 Once we got his boo-boo all cleaned up and I sent a text to a pediatrician friend, I got confirmation that he would be okay. I rocked my little buddy for a solid 30 minutes while everyone else ate their lunch. The whole time I rocked him, I couldn’t stop telling him “I’m sorry” over and over and over again even though he was smiling and talking to me in his cute little language. I felt like a horrible mother and like I had failed to do the one thing I should do well, and that was to protect him.

It was when he fought his way out of my kung fu grip and kept saying “puppy” to go outside to play again that I realized that he was probably ok. He was out running around playing with his cousins again (far away from the danger zone) and begging for rides in his grandfather’s RZR (a giant 4 wheeler with doors and seatbelts for those of you who are wondering). In fact, at one point, he was telling his Parran all about the RZR  in detail in his own special language right before we headed home, complete with hand gestures and excitement.

Fortunately, as the rest of the day progressed and I saw more smiles and giggles from Andrew, I started to feel better. After I got some sweet words of encouragement from my sister-in-laws, Ashley, my mom and friends, I was reminded that, as a mom to a little boy, accidents happen. The mom guilt started to fade just slightly. 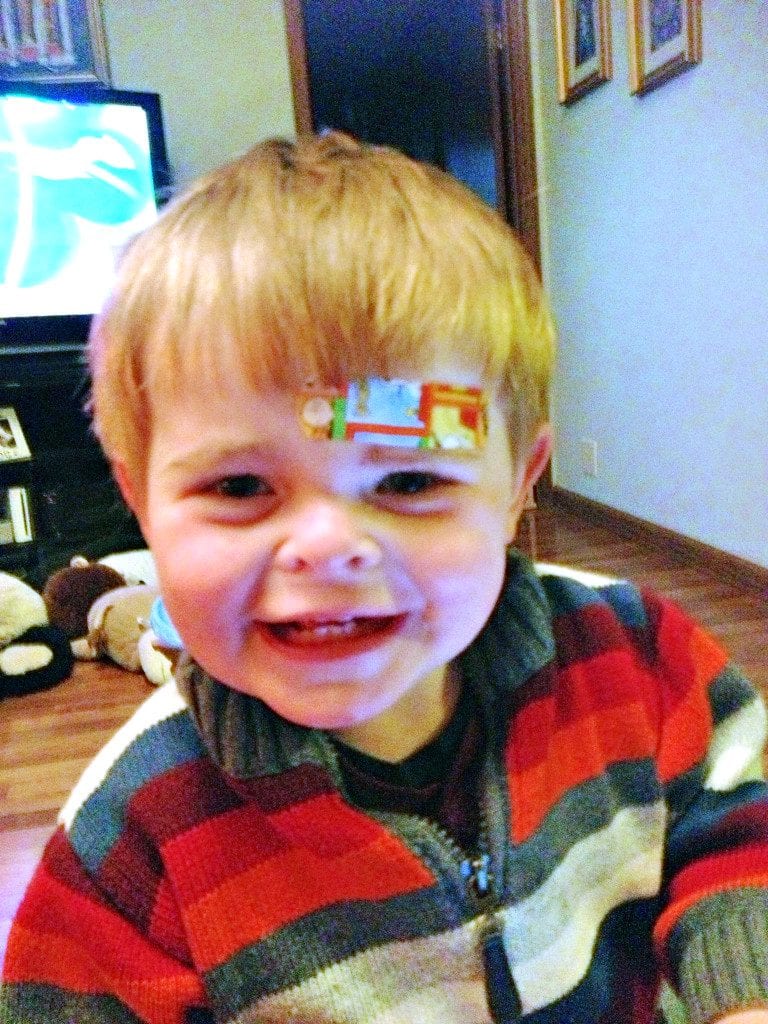 When we got home later and re-cleaned and fitted his boo-boo with a Snoopy bandage and he smiled, that made a world of difference. As he started to play with his trucks and puzzles and chase Maggie around, I finally started to feel a little bit better. At bath time, he didn’t even flinch when I washed his face and around his injury. A sure sign that it didn’t even hurt anymore.

That night, I just held him extra close and rocked him a little longer at bedtime. The mom guilt fully faded away when, right before he fell asleep, he pulled me in for a big kiss and hug and wrapped his cute little toddler hands around my neck while he drifted off to sleep.

How do you cope with mom guilt? Do you have experience with a similar incident? How did you handle baby’s first accident and the accompanying guilt?

Twelve Things I Have Learned Over 12 Years of Marriage

Self Acceptance: My Key to Weight Loss Success