Discipline. I love that word. But I hate that is often misunderstood. The word discipline comes from the word disciple. In the Bible, disciples were students of Jesus. Jesus was their teacher. 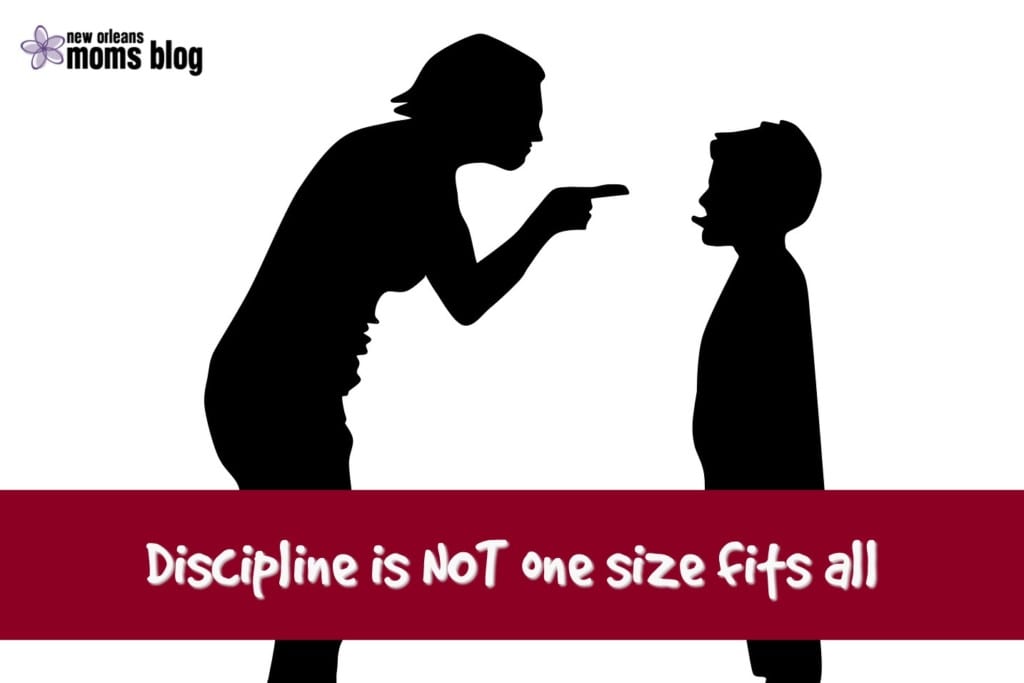 To discipline someone is to teach. However, I notice that so many people use the term “discipline” interchangeably with “punish” rather than understand that the goal of discipline is to teach someone. In our case, as parents, it is our duty to teach our children how to make good choices and how to be successful in life.

Example: While playing cars with a friend my preschooler gets angry because his friend takes the car from him that he was playing with. In his anger, my son hits his friend. The mother of the other child seems upset. I am embarrassed and jump in for swift discipline. Was it right for him to hit his friend? NO. If followed the common belief of  “discipline as punishment” that some follow then I would proceed “to teach” my son by spanking to let him know that hitting the other child was not acceptable.

What message do you think that sends to him?  It tells him that it is okay to hit because his parent did it. Because in a 3 year old brain, they can not differentiate between right and wrong in the way that adults can. It is our duty to teach (discipline) them the correct way to manage an unpleasant situation. That being said, a more appropriate method would be to teach them to take deep breaths, to count to 10, or to simply say “we don’t hit,” and separate the children briefly and put the offender in time out.

The goal of disciplining our children is to teach them right from wrong; how to behave in social situations; how to adapt to the world around them; how to treat others; how to be empathetic; how to survive in life. But what happens when a child is lacking a common skill? It is frustrating how we are all expected to follow the same cookie cutter methods of “discipline” with our children when there is one obvious fact.

All children are different.

There is no cookie cutter child. Not all kids are the same. I know all parents can agree on that. So why is it that we, as parents, are expected to teach all children these important life skills in the same way? Children come in all personalities and demeanors, just like we do! We have strong-willed children, people-pleaser children, introverts, and extroverts. Many kids may have mental struggles or lacking skills when it comes to social situations.

A perfect example of this is the autism spectrum. Did you know that the CDC reports that 1 in 68 kids has an autism spectrum disorder and that 11 percent of American children, ages 4 to 17, have ADHD. In an average elementary school, there are approximately 500 students. That means, of those students, 7 could have an Autism Spectrum Disorder and 55 can have either ADD or ADHD. If that school has 20 classrooms, it is possible that there could be at least 2 kids per classroom who may have disabilities related to just these two disorders, and that doesn’t include issues like dyslexia, dyspraxia, and other disabilities.

Those are both pretty significant numbers that show that many children do not fit the mold of traditional, cookie cutter “discipline” that many subscribe to. These kids are normal, content children until their lack of skills or disabilities cause them negative emotions that they cannot manage and lead to behavior issues. Often, these problems will come with assumptions that parents are permissive and let their children rule the home when the case is quite the opposite. Many times, traditional forms of “discipline” like those of reward charts, negative consequences, spanking, etc. can undermine the development of kids with these struggles because the wiring in their brain may misfire in these critical situations.

The True Meaning of Discipline

This is where the true meaning of discipline comes into play. These children are missing a skill when it comes to their behavior. Some may not be able to adapt to transitions well and when something is not their usual routine, they get upset. Some kids may be lagging developmentally in their verbal skills, or some may lack focus because they are easily distracted by the smallest forms of stimulation. These kids need us, as their parents, to discipline them by teaching them the skills to adapt to their situations. They do not need to be punished or spanked. They need to be taught how to problem solve so they can adapt to the world around them.

Next time you’re at Wal-mart and there is a kid throwing a tantrum, don’t assume the kid is just a brat and please, do not mutter under your breath, “That kid needs a good spanking.”

That child does NOT need spanking. It is highly likely that the child knows that they are misbehaving, and sometimes, they may already feel awful about it, but they literally cannot control their emotions.

Instead, think to yourself, “Maybe that kid is having trouble communicating to their parent; maybe that child is overstimulated with all of the noise in the store; maybe that child just needs someone to listen to their concerns.” But, please, do NOT start judging the way a parent chooses to discipline his or her child, because all kids are different, and because of that –

Discipline is NOT one size fits all.

Why I Participated In a Bikini Competition At 35 {And How...