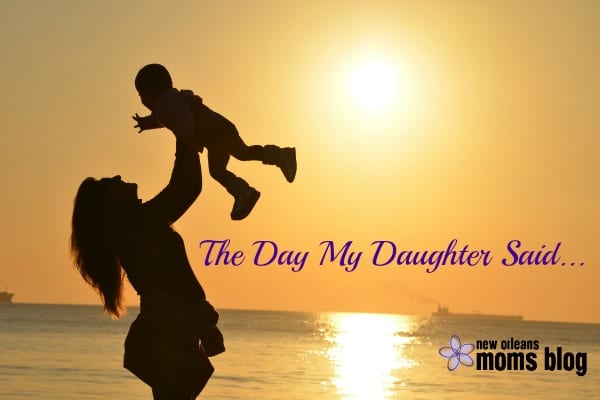 “You did a good job today, MaMa.” I knew exactly what she meant as we reminisced about our day and said our good-nights.

This past Halloween, while the skies became heavy with threatening rain and the thought of trick-or-treating in gorgeous weather slipped away, I decided to get creative. Despite being surrounded with boxes (we recently moved into our newly renovated home) looming work deadlines and housework, I decided to make the best of this holiday that luckily landed on a Saturday. What transpired that day in our household was Halloween magic. Pandora came on and the kids were introduced to some Halloween classics like the Purple People Eater and Michael Jackson’s Thriller alongside my poor 80 video renditions. The slew of Halloween art projects I had stored from last year’s after season sales came out of the box. Even the picnic blanket made an appearance on our living room floor as they ate Nutella sandwiches cut into shapes and drew pumpkins on upside down peach containers. On occasion, since then, I have heard them randomly start saying, “Who you gonna call? Ghostbusters!” They had a great time, obviously.

Her observation that night was wiser beyond her years. She reminded me with that simple statement to stop and play, instead of watching them while they played. It is so easy as the adult to get caught working while watching our kids, even if it entails catching up with household chores or work emails on our phone. Since Halloween, I have made it a priority to join them more often than not to complete a puzzle or play a board game. We have even created the cooking club at our house where the kids have collectively dipped hundreds of pretzels in melted chocolate. We even made our own homemade lemonade and neighborhood stand. (I should mention there was more taste testing that day than actually selling.) Santa even delivered face painting sticks, and nearly every other day since then, I have one toddler on my left drawing his rendition of a super hero on my cheek while the other creates her version of her favorite princess of the day. It has been giggles galore, especially that time I left the house to run an errand and forgot about the works of art on my face.

Playing with our kids has become a priority as we have settled into our routine. From father and son play wrestling to mother and daughter trying out new hairstyle. And, I believe, playing with and goofing off with one another encourages creativity and a distraction from electronics, as well as a healthy means to relieve stress, including a distraction from the world beyond our control while strengthening the relationship with our children.

As the New Year has come and gone, lessons like the one my daughter reminded me of that day resonate. It is among one of my New Year resolutions – taking the time to actually stop and play with our children. They are listening, observing and enjoying our attention, so why not join the fun?

Do you play (enough) with your children? How do you incorporate playtime in your routine?

What Happened to Southern Manners? Raising Gentlemen and Ladies