The Hidden Danger All Parents Need to Know About

I am sharing our story in the hopes that it will help other families and remind parents that staying vigilant is incredibly important. Our 15-year-old daughter was on vacation with her best friend and family in Walt Disney World last week, which was of course a magical time for everyone. All good things must come to end, so after landing at the New Orleans Airport on Father’s Day she traveled with her friend back to the family’s home. She called us when she arrived so that we could pick her up, and during that call she asked if we had placed a tracking device in her suitcase. We had not, though alarm bells sounded in our minds right away.

As it turns out, when the family walked into their home with all of the luggage from the trip, my daughter’s friend, who is a 16-year-old girl, noticed that a message popped up on her phone that said, “new tracking device detected.” She immediately asked her parents if they had a tracking device, to which they quickly said no. Needless to say, this raised several red flags, so her dad checked his phone and noticed that he had the exact same message. He clicked the message on his phone and pinged the device. He followed the sound and found the device in the front zipper pocket of our daughter’s suitcase. She thought perhaps we had put it there, but we truly had not.

My natural instinct at this point was to contact a friend who works as a police officer, and he instructed me to contact the Jefferson Parish Sheriff’s office immediately. I did so, and JPSO thankfully arrived within minutes of my call.

We are not sure when or where this device was placed in our daughter’s suitcase, whether it happened in New Orleans (at MSY) or in Orlando, but it had been in her suitcase for the entire trip. When the device was pinged in order to find it, both girls said that they had indeed been hearing that sound all week but didn’t know what it was.

The police arrived at the house shortly after us and asked lots of questions and wrote a report.

Here’s what we found out about tracking devices ::

It took me a day or so to wrap my head around what could have been, and I knew that I needed to share this with other parents. I was naïve and while I had heard about this sort of thing happening, it never happened to anyone I knew. That is, until it happened to us. Talk to your children, teens, friends, co-workers, neighbors, etc. Let’s stop any opportunity for anyone to track our kids! 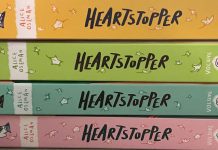 Ships in the Night :: Five Ways to Improve Your {Marriage}...