The noblest and most sought-after goal any human can attain is to live long enough that one’s younger days are considered “retro.”

Well, 90’s teens – we’re there. The “Teenage Dirtbag” trend is so strong (NOM is joining in…) that the beloved song by Wheatus released in 2000 has been in my head for weeks and you know what? I’m not mad about it! As my current 14-year-old dirtbag would say, “it’s kind of a bop!”

This made me think back – what other semi-forgotten songs from the ’90s would I give “My All” (Mariah – 1998) to hear, or even just talk about again? I’m glad you asked …

Oh, I remember the groggy realization dawning upon me as I listened to this song in the car on the way to good old ABHS (shout out, Doves) of what this song was really about. As Merril’s better-than-average pop voice and diction stated: “Would it be so bad if I could turn you on?” 15-year-old me could barely keep a straight face during the whole dang song. Nowadays (Oh, dear God, I’ve skipped over my mother and am turning straight into one of my grandmothers) lyrics are so much bolder, that these lyrics almost seem coy and trite. But you were scandalized at the time, admit it.

Sadly, this song has nothing to do with the 1958 Truman Capote novella or the excellent 1961 Audrey Hepburn film (which don’t have much to do with each other, either – although perhaps that’s a separate post), but this song is still really enjoyable, and I pull it up just to listen to it all the time. It holds some of my favorite lyrics, like “it’s plain to see we’re over / and I hate when things are over / and so much is left undone.” It’s about finding common ground in uncommon places and ohmygoodness, couldn’t we all use a little of THAT these days?

If you have EVER heard this song before, and you did not just start belting the chorus, let’s take that pulse. (“AAAAAAAAAAnd if I ev(everrrrrr)er fall in looooove aga(agaiiii-iiiiiaaaaaaan) ian, I will be SURE THAT the LADY IS a FR-ieeeeeeenddddd”)
Just hearing this song makes my ankles feel heavy as though they are strapped down with roller skates, perilously gliding around and around and around the rink at Skate Country, as the face part of me is not sure to smile or cry. It’s such a good song that it takes you a while to realize that it doesn’t actually make much sense. No matter. There’s not a soul who grew up in the 90s and remains unaffected by this jam.

Aw, yeah. While we’re on the subject of lyrics that really meant something and continue to do so throughout one’s life – does it get any more poignant than: “And I don’t think I have ever seen/ A soul so in despair/ So if you want to talk the night through/ Guess who will be there?” The worst thing about this song is how quickly it’s over, it’s only 2:15 long, so thank goodness we’re here in 2022 where my car has a rewind feature for my satellite radio, so as soon as this gem is over waaaaay too soon, I can rewind and listen to it again. It’s upbeat and breezy in a way that popular music is almost forgetting how to be, and can we bring that back, please?

Why? Because even my cynical, impossible to please, changeling 14-year-old daughter (thoughts and prayers for me, please) silently leans over and turns the knob to crank up this beast of a song when we’re in the car. She feels the respect and reverence that this melody ultimately inspires in every living creature. I actually remember this song as being both a balm for frazzled nerves and a power song; in the former case, making me feel centered and comfortable, focusing on the lyrics and the beat instead of whatever fresh hell awaited me, and in the latter, inspiring me to step out into that day’s brand of limelight or challenge feeling recharged and spunky.

I remember these feelings from my sophomore year of high school and like- last week, man.
This is the song of the ages, for all ages, for almost every situation. If they ever remake it, I’m burning down the building.

What are your favorite pop classics from teenage-dom? Do you have a teenager that you share them with? 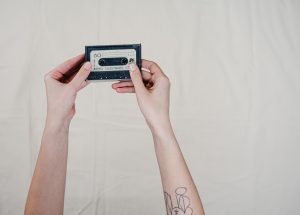 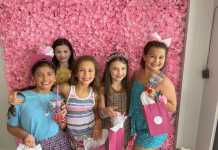 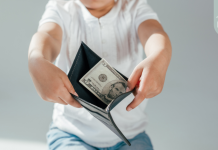 Kids and Their Money :: Allow Them to Spend or Force Them To Save?

Social Distancing Survival :: Places in your Home to Maintain “Snack...