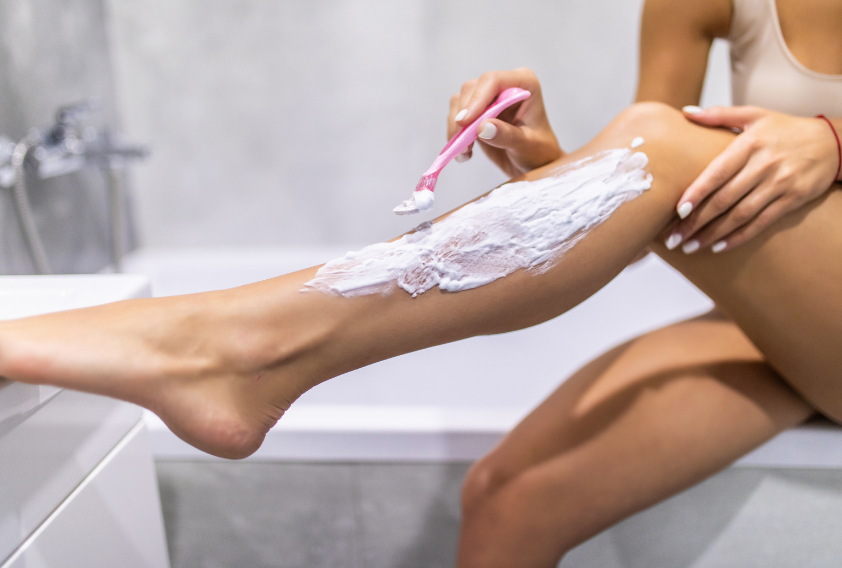 How old were you when you first shaved your legs? Do you remember? I was 12 when my mom finally gave in to this rite of passage, but I also remember very much wanting to have the “privilege” sooner than I did. I was kinda hairy, and I didn’t like it. To be honest, this was an internal feeling. No one ever commented on my hairy legs, and not all of my friends shaved their legs before me either. No one suggested I needed to shave my legs, and boys were not even on my radar at the time. Far from it. I just didn’t like my hairy legs, and I remember wanting the hair gone. Sometimes a 9-10 year old has no better reason than that.

Growing up, I vividly recall a series of arbitrary age rules. “No pierced ears until you are 13. You can’t shave your legs until you are 14. No riding in a friend’s car until you’re 17.” On and on and on. I often wondered where my parents secured these seemingly random ages. Like what happens at 13 that makes one magically ready for pierced ears? Did something mythical occur in the universe on each birthday to make it the “right” age for a certain milestone? It genuinely never made sense to me, and not just because I often wanted whatever it was that I couldn’t have.

Which brings me to the point; I refused to set age limits for my kids. So yes, I shaved my 8 year old daughter’s legs.

Here’s the deal. Like me, she’s very hairy. I first noticed it maybe a year or so ago, though I never said anything to her. I didn’t point it out, and I didn’t comment on it, as it’s nothing she could control. One night when we were sitting casually on the couch watching a movie, I calmly raised the topic to see if it was bothering her at all. She seemed indifferent to the discussion, so of course I immediately dropped it and moved on. I did, however, tell her that if it was bothering her she could let me know. She shrugged and went back to the popcorn.

Another few months passed and swimsuit season arrived. I thought for sure that she might bring it up, but she never did. She confidently rocked her bikinis (oh, that’s another “rule” we had, but I digress) and seemed truly joyful at the pool and beach. If she hated her legs, she certainly didn’t let it show. Despite having noticeably HAIRY legs (sorry, y’all, but the truth is the truth), she was truly confident and happy. That was good enough for me. I kept my mouth totally shut, as she was 8 years old after all. If the hair wasn’t bothering her, it wasn’t bothering me, though I did want her to know that I was ready when she was ready.

Fast forward another few months and she started to seem a little uneasy about it. She never said it outright, but you know your kids, right? I could tell it was starting to bug her. One Saturday afternoon, she happened to walk into my bathroom while I was enjoying a bubble bath (and supposedly quiet time). I also happened to be shaving on this particular Saturday. She wasn’t “supposed” to be in the bathroom (y’all moms feel me?!), but she was quietly observing me, so I calmly asked her, “do you want me to shave your legs?” She softly said “sure … but does it hurt?” I reassured her that no, absolutely not, it is not a painful process; rather, it is something we do because it makes us feel a tad better but it doesn’t hurt one bit.

You better believe that I let that little girl climb in the tub with me, and I showed her one small area by her ankles to prove that it wouldn’t hurt at all. She was like “oh, it doesn’t feel like anything!” With newfound confidence, she willingly allowed me to proceed with shaving her legs. Inside, I was relieved, as I know how cruel children can be. To my knowledge, no one has ever teased her or remarked on her hairy legs, thankfully. But I am not naive, and I know that kids can be very mean. It was only a matter of time before someone said something. While I would never pressure my children to do anything to their appearance that they were not willingly ready for, I would be lying if I didn’t say I was happy she was ready … mainly so that the milestone is behind her before she has her feelings hurt and confidence shattered.

When we were done, I also showed her how to apply lotion, which she thought was pretty fun. I could tell that she felt better about the entire thing and was relieved that something that had likely been bothering her was so easy to fix! I thought back to my childhood and how we often did things like shave our legs behind closed doors with fear of what? I don’t even know. I am still unclear what boogey man was going to smite us for wearing a sports bra before age 11.

What I do know is that I want my daughter to be confident, happy and feel good in her skin … whatever that means for her. I refuse to place arbitrary age limits on any of these milestones. I believe there is a fundamental difference in forcing children to do things they are not ready for (wearing make up, shaving their legs, dying their hair, etc) and following their lead, even if it is earlier than you’d like.

Did I ever think I’d shave my 8 year old daughter’s legs? No, not necessarily.

But I refused to let her age be the reason I said “no.”

I want her to feel like I am a safe space as she navigates these decisions. Hilariously, I somewhat feel like shaving my 8 year old daughter’s legs is an EASY parenting decision. It is 100% harmless, I don’t think she will even tell her friends, and she feels a million times better about herself. Win win win.

I hope that this experience will teach her that the next time she needs something, or is curious about something, she can come to me. I think many of us were raised believing that there was something taboo or secretive about shaving our legs / wearing a bra / getting our period / insert some other milestone here. And I am not knocking the parents who raised us that way.

I am simply saying that yes, I shaved my 8 year old daughter’s legs and I don’t regret it at all. In fact, I might encourage you to broach the topic with your own daughter. Maybe she’s been thinking about it and you have no idea! Heck, perhaps it’s her eyebrows or upper lip that bug her. You don’t know until you ask, and our daughters don’t know we are open to it until we tell them.

Ask the questions. Be their safe space. And when they’re ready, you’ll know. 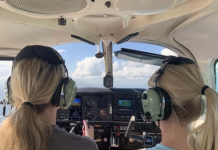 My Daughters Are Pilots {Girls Can Do Anything!} 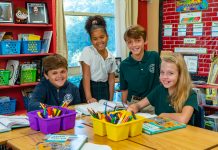 Teaching Diversity, Equity and Inclusion in the Classroom

The Story of Caroline’s Carts :: Celebration in the Aisles