Since kindergarten, I have been standing over my kids like a private detective making sure they colored in the lines and perfected their name writing skills. When grade school started, not only did their handwriting have to be excellent, but their responses had to be no less than SAT material. 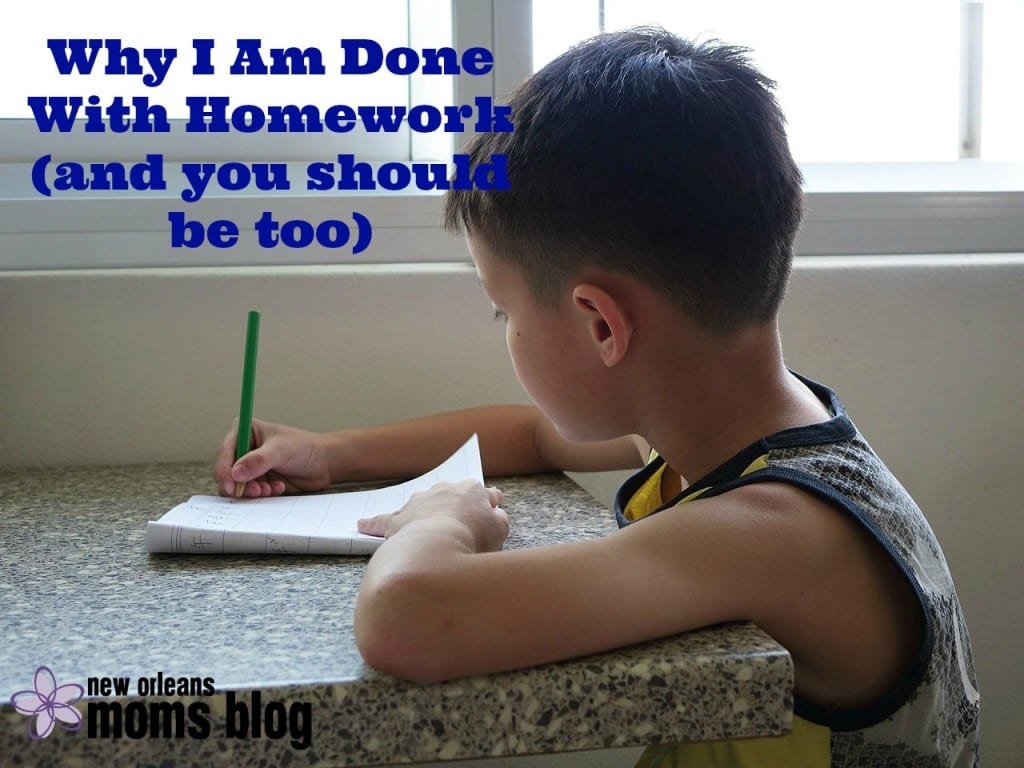 I thought I was being helpful. I thought I was doing my best, but the reality was, I was completely wrong. (This is the moment I will ever so kindly insert the fact that MY HUSBAND WAS RIGHT). Not only had I made my kids dependent, but also I made them needy in all aspects of school. It became my job to remember what day tests were, when they needed to pack their uniforms for gym, and what day final projects were due. I was their walking talking human assignment book, and it was becoming exhausting.

Added to this chaos was managing after school activities. When was ballet, Kumon, Taekwondo, language class? I just couldn’t keep up. I literally felt as though I had been transported back to school; my nightmares involved 3rd grade science projects and Super Kids comprehension tests.

Something really needed to change.

That is why this year has been completely different. I am not looking over their shoulders wondering and worrying about their responses. I am stepping aside and letting them figure things out for themselves.

There have been a few unfinished homework assignments and forgotten gym uniforms, but surprisingly a “yellow slip” from the teacher is enough to steer a child toward responsibility (the absolute favorite milestone that every parent dreams about) .

There are many examples of highly successful people who have experienced some form of failure only to become experts in their craft. The world renowned author of the Harry Potter series, J.K. Rowlings said that her manuscripts were initially rejected dozens of times. She is quoted as saying, “Failure is so important. We speak about success all the time. It is the ability to resist failure or use failure that often leads to greater success.”

As parents, it’s hard to not hold your child’s hand and help them through the tumultuous ups and downs of life. Yet, I’ve learned that letting them fall a few times and then bring themselves back up on their own is much more valuable to their future success.

I’m not going to say that I have completely abandoned my hovering-homework parenting style. I still ask the kids to show me their homework, so I can see that they have fulfilled their own responsibilities completely. Also, there are still gentle reminders about gym day or final projects, but more often then not, it is already completed.

It is still a learning process for the kids and myself. Through tears and lots of sweat, we are all coming out much stronger and successful.

Choosing to Go Gray Gracefully … In My Thirties