My 12 year old daughter, Lora, is anxiously counting down the last days of the school year.

So is her dad, the school teacher.

It’s not just that we are all looking forward to the time off, to the extra family time in the pool and to the fun adventures we have planned for the summer. And it’s not just the fact that we can un-set the alarm for 6:30 a.m. (but that is a pretty big reason). It’s that this school year has been a tough one.

My daughter was among the first sixth graders in St. Charles Parish to be moved from the elementary schools to the middle schools this school year. Our school board voted on this change in 2011 in an effort to ease overcrowding at some of the smaller schools and to give all the schools the same grade configuration. At the time, the schools spokesperson said their staff felt sixth graders were more like seventh and eighth graders than fourth and fifth graders. I wonder if any of those researchers ever had a sixth grader. 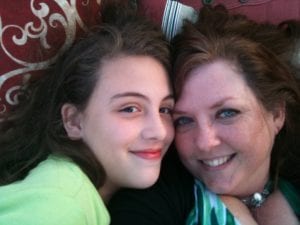 My 12-year old, who is half a head taller than nearly every one of her classmates, who looks more like 14 or 15, who read every Harry Potter books before she was 11, who is reading The Great Gatsby right now, and who is currently trying to watch every episode of Dr. Who on the Internet but still loves Sponge Bob, has had a very difficult transition to sixth grade. And so did her mother.

Instead of taking a short bus ride from our house to the cozy little pine-covered campus she had attended since she was four, she had to take a longer bus ride to a sprawling campus a few more miles away. A school with three times more teachers, with lockers lining the hallways, with a football field and a gym.

Instead of a cute little cartoon character school bag filled with notebooks and crayons, she left every day with a backpack overloaded with math, science and history text books, a jump drive and her iPhone.

And instead of coming home every day with a little red or blue folder containing that day’s homework assignments, forms to me to sign, or messages from the teacher,  she came home with…well, nothing.

Oh, they gave her a planner in which she was supposed to write down that day’s assignments and any scheduled tests. And somebody somewhere just assumed that sixth graders were responsible enough to bring those forms and messages home and not forget they were buried deep in the bottom of that huge, heavy backpack for weeks.

Every day she came home, earbuds in her ears, and I dutifully asked, “Do you have any homework?” Every day she answered, “Nope,” or said she had done it at school.

At Christmas break, she came home with an “F” in math after failing several tests I knew nothing about. In the spring she came home with an “F” in writing, not because she doesn’t write brilliantly, but because she colored a little bit outside the lines of the rubric. So, my honor roll student, who left her fifth grade graduation ceremony with five academic achievement certificates and three Young Author Awards, did not make the honor roll once this school year, nor has she come home with a new story of any kind.

In one semester I made more trips to this new school than I did in six years to the old one, beginning on the second day when Lora called me, in tears, saying she had a stomach ache. I knew something was up.

On the first day of school, she had gotten a little lost when her class was taking a tour of the campus. They went one way, she went another. On the second day, a teacher asked if she needed to hold her hand so she didn’t get lost. There were other dramas: on the bus, in the hallways, in the cafeteria where her “best friends” from elementary school didn’t want to sit with her anymore, where new kids paired up and left old ones out, where one friend told another a hurtful untruth.

For the first time in her life, my daughter said she hated school and didn’t want to go. She had never said those words before in her life.

Add in the fact that her mom got laid off from her job at The Times-Picayune and her elderly grandmother had to come live with us, and it got even rougher.

Yes, it has been rough.

But, trouper that she is, Lora rebounded. She pulled her “F” in math up to a “C,” and her writing grade up to a “B.” She and her friends seem to have figured out their pack order.

Just today she came up with her own summation of middle school. She said there were three groups:  the “pony tails,” who are the popular girls; the “jocks,” who are “the boys who like football and fart jokes;” and “the dorks.”

“I am a dork,” she said, rather proudly. 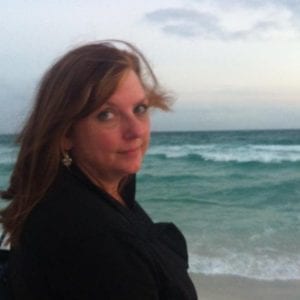 A veteran journalist, Lori spent 26 years covering sports and news at The Times-Picayune – until last fall when she was forced into a life as a freelancer. The wife of a local high school teacher and baseball coach, the stepmom of two young adults, the mom of a snarky tween and the daughter of a French Quarter Tarot card reader, she has many subjects to write about at her blog The Lyons Din. She and her family live in the suburbs of New Orleans, underneath the flare in Norco.

So You’re Moving to New Orleans? How to Maximize a Year...