Ya know, I think I’m pretty good at this #boymom thing. I have one boy, my only child, but I’ve adjusted well considering I’ve been doing this parenting thing on my own for ten years. My kiddo had a birthday party with his buddies. But he also really really wanted to invite a few of his best buddies over to spend the night. He asked me for three weeks if he could do it. So finally, I excitedly caved and said “let’s have a slumber party!!!”

Ahem, boys do not have slumber parties … they have sleepovers. *insert eye roll* 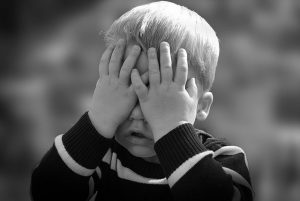 Long hair don’t care, it’s called a slumber party! In the past year, I have recognized loud noises indoors trigger my anxiety. Anxious nervousness to sound is a good description I think. I get real antsy and sometimes agitated. I often cover my ears and quickly find myself consciously breathing to settle my nerves. Sometimes I leave the room. It’s not debilitating because I’ve learned healthy coping methods, but it is uncomfortable. So now you know why it took me three weeks to agree to a slumber party with 4 ten-year-old boys. They are all really great boys, so I knew it would be fine. I just had to mentally prepare myself for the environment. Once I was comfortable with the idea, I agreed.

That’s the present-day mom motto though right … everything is fine!!!

My one disclaimer shared with my kiddo was spending hours on the electronics wasn’t happening. Totally fine to bring them but they absolutely were not going to be huddled in a room buried in screens the entire time. We planned for the boys to spend the night after a 1/2 school day, so they all arrived by about 3pm. The party started with a game of inside hide and seek. It was joyous to hear the sounds of laughter and “no tag backs” when someone was found and trying to make it to base. That lasted about an hour and I was being asked for the WiFi password. But maybe 15 minutes later (seriously), I hear my kiddo tell his friends “ok guys, we can’t be on the electronics the whole time … y’all wanna go outside?” In unison, they all proclaimed YES! An impromptu scavenger hunt immediately ensued because my son let our dog escape out the back gate. I was relieved his amigos were here because it meant I didn’t have to help track down the dog. #momwin They were victorious and proud, of course! Their outside adventure continued and didn’t end until it was dark outside. Literally dark, 7 pm, had to wrangle them in. Only once did they maybe break something in one neighbor’s yard (they didn’t), confirmed after triple-triple checking. Only once did they have to retrieve a ball from the other neighbor’s yard. Only once did I have to tell them we don’t go in and out of the house, please pick one so my a/c doesn’t escape. I’m not always prepared but the pantry was stocked with snacks. Growing boys LOVE to eat. Bottomless pits for junk food. And classic blue kool-aid … only spilled 1/2 the pitcher on the kitchen floor. Don’t worry, they completely cleaned up after themselves without being asked. And they hydrated on water too!

We made a fort palette out of all my big blankets and old comforters in the living room. One of the sweetest sounds in the world are those deep belly laughs from innocent fun. Even if they were cackling over farts! I did have to confiscate the air freshener once the aroma started filling my bedroom wall space. I couldn’t have us (me) waking up with Glade hangover headaches. They watched The Parent Trap and Little Monsters, yes the movies from our childhoods. Of course, they had big plans to stay up all night. Two crashed before 11, two crashed around 2 am. They were all awake by 7:15 and ready to take on the day! 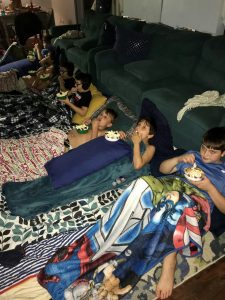 My son told me numerous times after they left he had the best time. He thanked me repeatedly, told me how much he appreciated me letting his friends spend the night. He talked about it on repeat for a couple of days. And it really was a great time! Not one fight, not one argument, not one breaking or bending of the rules. Every request started with a please and ended with a thank you. My favorite part was definitely dinner. I got ALL the scoop … boys are funny y’all!!! Ten-year-old boys are REAL entertaining. And I absolutely encouraged and wanted them to tell me everything. They have a ton to say, and I really enjoyed listening. These boys have been building friendships for three years. I hope it stays this way forever. And I’m really looking forward to many more slumber parties and watching these precious boys grow up. 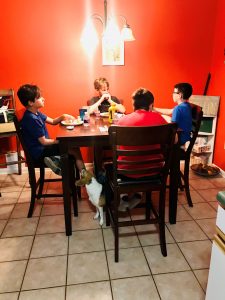