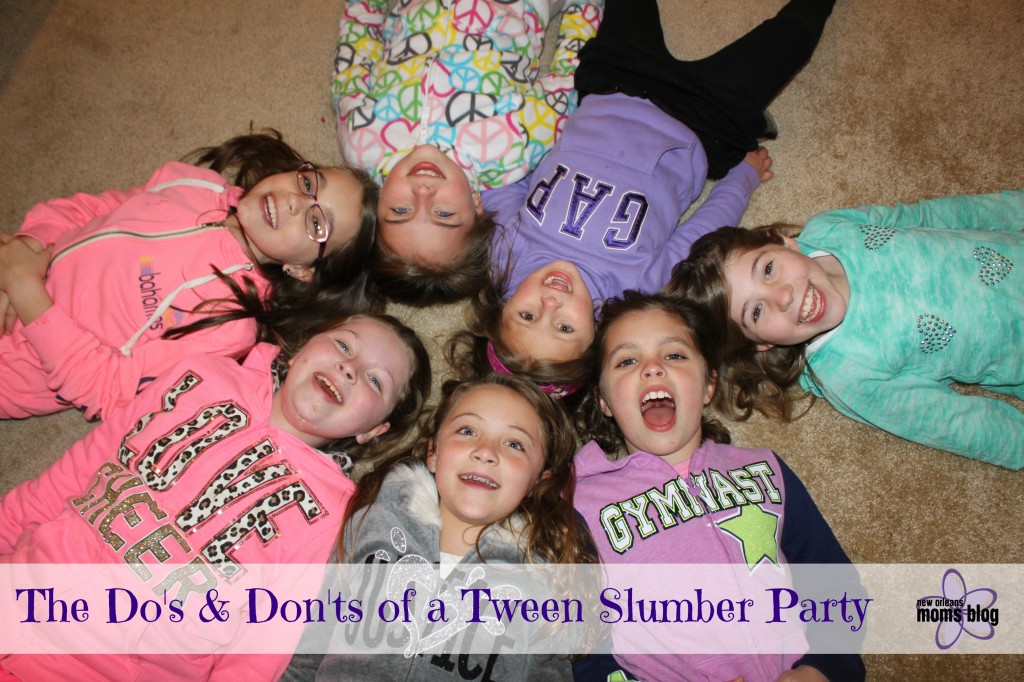 “What do you want to do for your birthday?”

I’d asked her that at least 10 times the whole month before her birthday hoping to hear something different. But nope – the answer was the same each time, “I want to have a slumber party mom.” Realizing I wasn’t going to change her mind, I decided that I might as well just suck it up and give in.

10 to 12 year old girls screaming, shrieking, and running around your house until 3AM. Does just the thought of that make your insides cringe? It sure did make my head spin!

I have to admit though, in the end, the party was a big success, and I actually had a little fun along the way too! Now, I did learn a few things along the way – some that I wish I had known before and some that well……I just wish I didn’t have to learn at all.

So today, I’d thought I’d share what I believe to be the Do’s and Don’ts of a Tween Slumber Party – from a “unseasoned” tween Mama!

DO :: Include the birthday girl in the party planning. 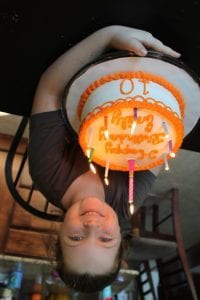 We’ve had parties before that I planned every game and element so that everything would be a surprise to the birthday girl. This is definitely not the way to go once they reach this age (as I learned at the 9 year old party)! You see, they are just “too cool” for that now, and the games you come up with could never be as cool as the ones they like! I mean come on Mom!

DON’T :: Allow yourself to be the only adult there!

Enlist the help a your best girlfriend, the teenager babysitter around the corner, or even an older sibling. Trust me! You will need at least one five minute break to go to your room and sit quietly for a minute, or you may just want to go to the bathroom for pete’s sake!

DO :: Limit the number of guests.

In my oh so infinite wisdom, I allowed my daughter to have a slumber party in first grade. YES, I said first grade! YES, I had absolutely lost my mind and any common sense, but hey, we all have our moments right? The party was scheduled for the weekend after Thanksgiving, and I barely knew any of the other moms in her class. I figured we could invite all the girls in her class and probably only get a handful that would show up. Hahahahahah! Do you know what it’s like to have a sleepover with 17 six year olds?!?!? I’m still recovering. LIMIT HOW MANY YOU INVITE! 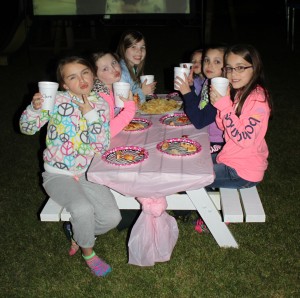 DON’T :: Let your husband be there!

DO :: Have a firm drop-off and pick-up time.

I’m very lucky in that all of my fellow mom friends understand and appreciate that a sleepover is a sleepover, not necessarily a two full day event. Unfortunately, not all moms are this way! We all have different definitions of when sleepovers start and end so be sure to be clear of your expectations on the invitation or you might find yourself with an extra “helper” to clean up the day after!

DON’T :: Try to get creative with the food.

Yes, there are tons of ideas on Pinterest and the web for cute popcorn bars and waffle buffets, but the bottom line is this: they want pizza for dinner and donuts for breakfast. That’s it! Save yourself some time and money! Trust me on this one!

Otherwise, you’ll put in a lot of work, it will be cute as can be, but you’ll still end up ordering Domino’s and running to Krispy Kreme in the morning.

Let them know that you definitely want them to have fun, but you just want to remind them of the “house rules!” Ours included the bedrooms being off limits, including the birthday girl’s little sister in the activities, treating everyone with respect, and the last one ……HAVE FUN! 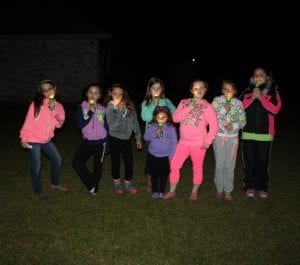 Yes, I said it and don’t pretend like you don’t do it too! Actually, I’m saying this for two reasons. One is, of course, the obvious – you don’t want inappropriate topics, bullying or mean behavior to take place. The second one is more fun though! As my husband and I lay in bed, we could hear the girls laughing about who had the coolest teacher, why they think “so and so” is cute, and how “Ms._____” is so crazy! It was fun to listen to such sweet innocence and hear the type of laughter that you know is genuine. It made me want to be that age again!

A slumber party DOES NOT mean staying up all night, much to the dismay of your tween guests. There doesn’t have to be a set time that they should settle in for the night, but monitoring when the crankiness sets in will be both to your advantage and theirs! Just like us, the more tired they get, the more irritable they get. Translation: girl fights! When the time is right, turn off the lights, turn on a movie and let the zzzzzz’s commence! 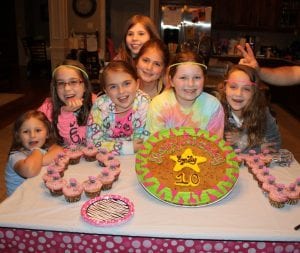 Truly, they love being around each other. They are the MOST important people to each other and I mean really – they have some serious stuff to gossip about. They want to run around a little, dance to the same song 20, no I mean 30 times and maybe even knock on the neighbor’s door and run away. Don’t stress too much! Let them have fun and create those precious memories! Your neighbor will understand and well…..just don’t listen to the radio for two weeks after! “….The players gonna play, play, play, play, play and the haters gonna hate, hate, hate, hate, hate, but I’m just gonna shake, shake, shake shake……….” OK, it’s been more than two weeks, and it’s still stuck in my head.

FINALLY, the last recommendation is a simple one.

DON’T :: Make any plans the next day!

You will need the day to recover, clean and pamper yourself! Your birthday girl….well, she will sleep all day!

Have you ever hosted a slumber party for your daughter? What things did you learn?

My Bathroom, My Sanctuary