My Daughters Are Pilots

The flying fever has been in our family for over 25 years. It all started when my career began at Continental Airlines in 1992 as an Airport Sales Agent. The reward of working for an airline is being able to see the world for free; our family has traveled to over 40 countries around the world. Yes, 40!

Each of my daughter’s first flights happened when they were just 1 month old. We exposed our daughters to so many different cultures as children by traveling the world. The benefit 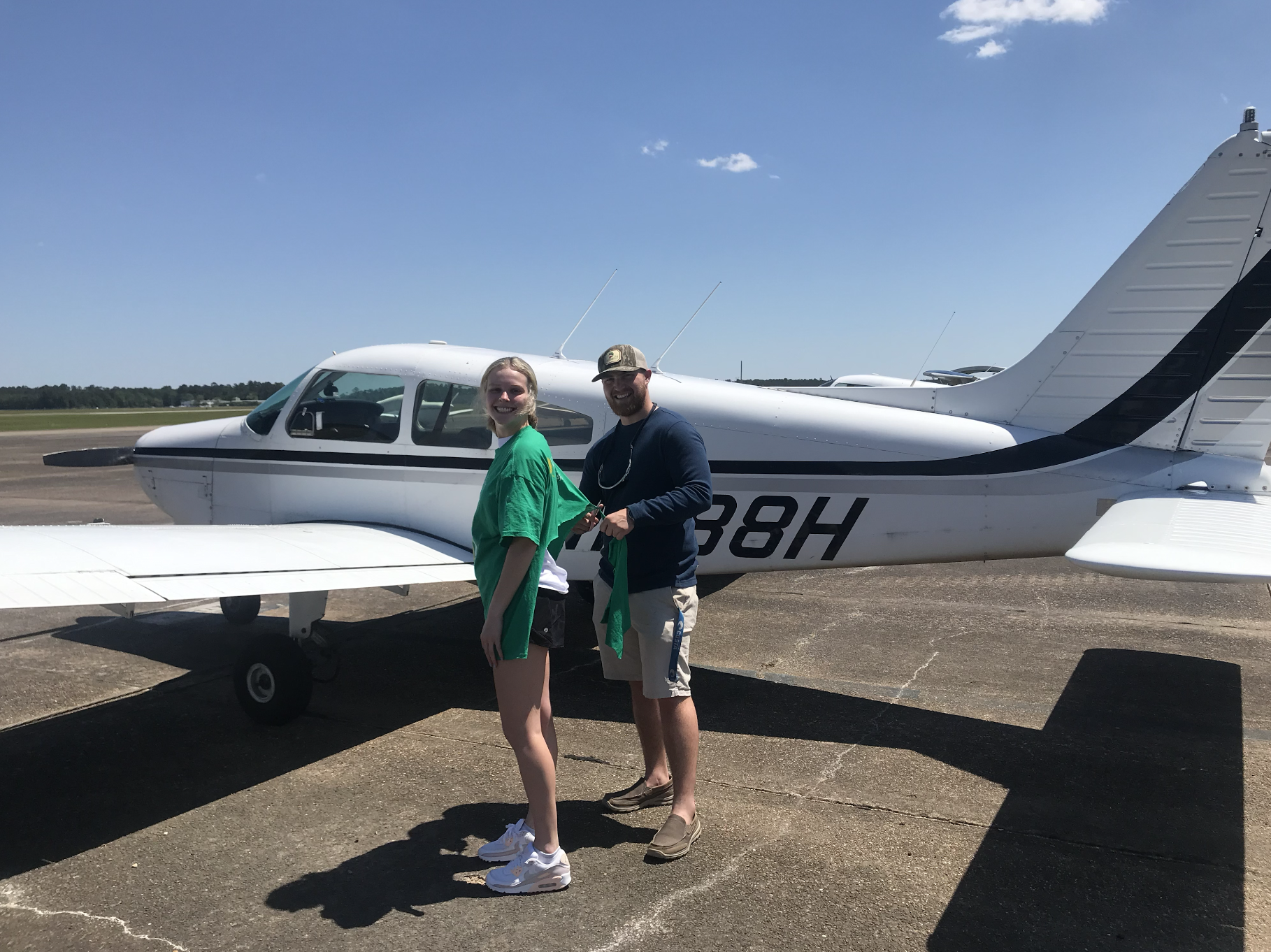 of having free flights, which I realize is not something everyone has, is that it allowed us to see so many places in different corners of the Earth.

So when the time came for my oldest to decide what she wanted to do after graduation, becoming a pilot came to mind. I reached out to a friend of mine who happens to be a female pilot, flying as a Captain on a Boeing 737. We met with her over lunch and my daughter was able to ask her dozens of questions. When we left that luncheon, she knew she wanted to become a pilot for sure.

She then toured Louisiana Tech in Ruston, Louisiana, as Louisiana Tech has their own aviation program. She started their program in the fall of 2017 and in just a few weeks after starting school, my girl was flying! Talk about nerve-wracking. As a parent you worry when your child starts to drive, but flying in the air takes your nerves to a whole new level! We have the app Life360 and yes, I would absolutely use it when she was flying to track her.

My daughter acquired about 250 hours of flying at Louisiana Tech. In order to successfully graduate from the aviation program, the FAA requires several licenses as well. Another crazy thing is that when my daughter started to fly her aviation instructor was only a sophomore at Tech! Four years, a pandemic and multiple hurricanes later, my girl and oldest daughter graduated from Louisiana Tech in August 2021.

The FAA requires students that graduate from an accredited school to have 1,000 hours before they are permitted fly for a commercial airline. For the next year and a half, she will flight instruct to build up her flight hours. My daughter has already been conditionally hired by Republic Airways, so as soon as she accumulates her 1,000 hours, she will be on her way to flying for regional jets for United, Delta and American. Isn’t that amazing? The 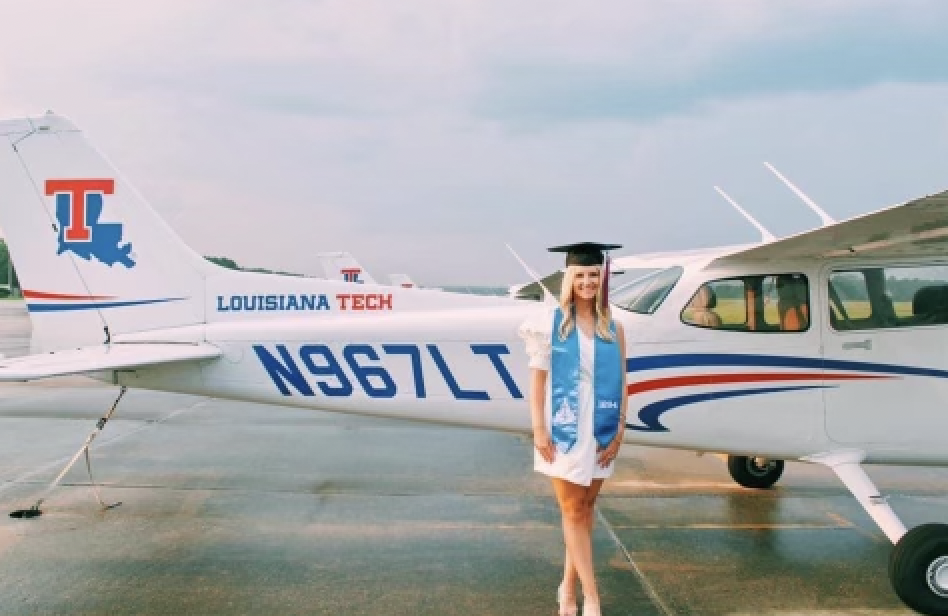 training for a commercial airline is a rigorous 3-to-4-month process. My daughter is more than halfway to becoming your next female commercial pilot.

Not to be outdone by her older sister, my youngest daughter is attending Southeastern in Hammond and completing her flight training at Fly by Knight at the Hammond airport. She started flying in January 2021, completed her solo flight a few months later and just recently completed her first solo cross-country flight. Yes, cross-country … alone! Since this school is not accredited by the FAA, she will need 1,500 hours of flying in order to fly for a commercial airline. She is continuing to fly right along, accumulating her hours towards her goal.

People are often amazed when I tell them I will soon have two daughters flying planes. I cannot wait until my first commercial flight with my girls in control. Maybe one day they will be your pilot! 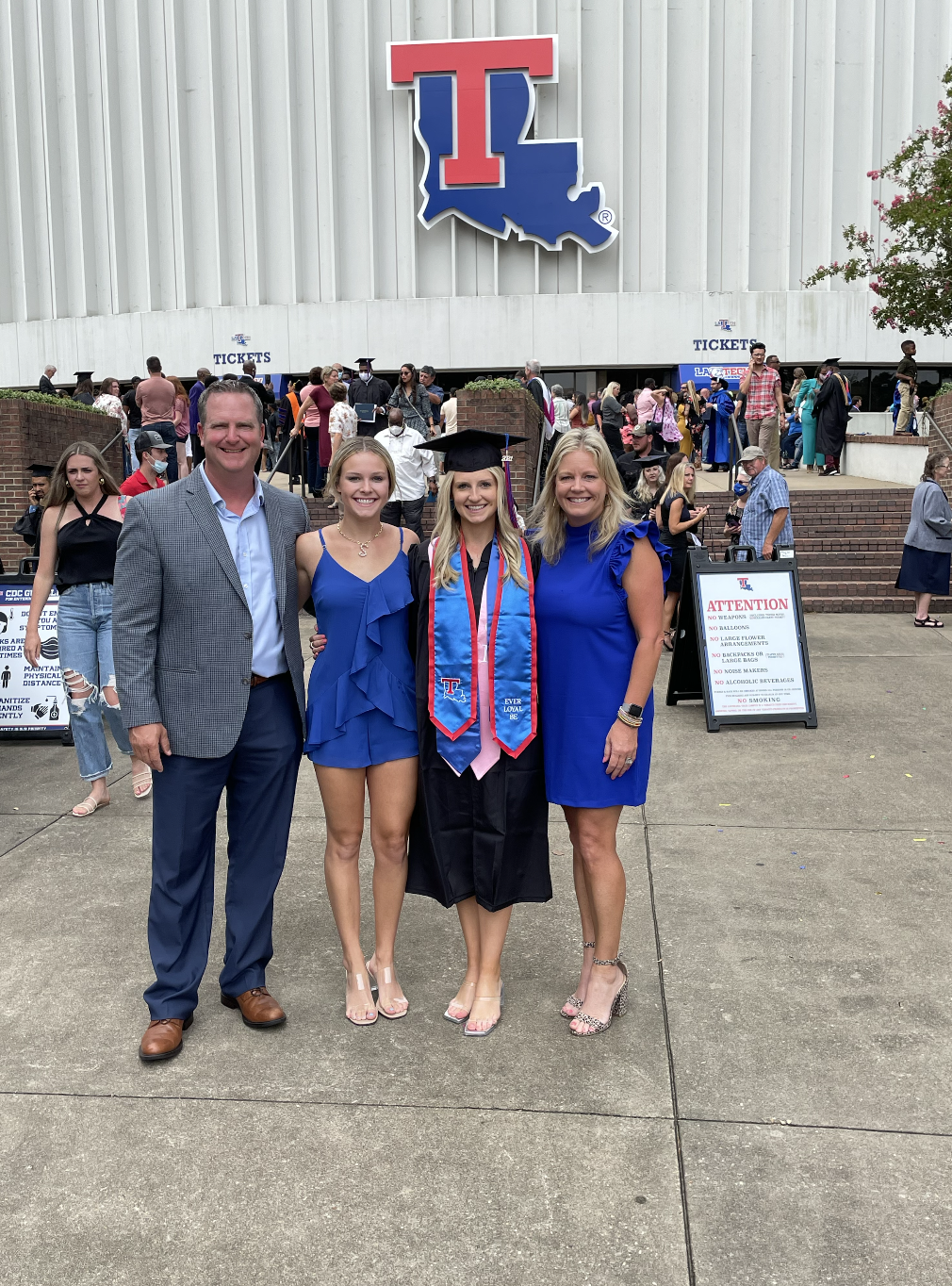 Susan is the mom of two daughters, Ainsley (22) and Shelby (19), who lives in River Ridge with her husband of 27 years, Scott (who you may remember from the 2019 Little League World Series Champions). She retired from Contintental/United Airlines after 20 years.  After retiring she worked at Munholland Kids Day Out for 8 years. She currently is enjoying her hobbies of traveling, hanging with friends and redoing/painting furniture. She is turning the page in the next chapter of her life as the family is building a house on the Sea of Cortez in the Baja … where she will be enjoying her authentic Mexican food and drinks!

Avoiding Overindulgence in the Preschool Years