At the suggestion of a friend, I recently purchased a few of the What to Do When books to read with one of my children. Kiddo has been having some big feelings that we are trying to redirect in a positive way. We decided to start with the book on negativity because that has been the biggest issue lately. I sat down with that child and read about half of it a few nights ago. Said child participated pretty well in the activities portion but began to fall asleep about five chapters in.

The next night, I read the remainder of the book by myself. I was extremely impressed with the way the book presented problem solving to kids: as hurdles. It suggests that instead of yelling at the hurdle and kicking it, you think of a creative way to get over it or go around it. It got really deep without being heavy. As I read on, I started to examine my own tendency toward negativity. (Let’s be real here, I am well aware of where my kid gets that tendency … Yours truly.) I decided that I would do my best to put the practices the book suggested into use to serve as an example to my kid and improve my own outlook on life.

The next day, I had an appointment at soul-suck headquarters, the Apple Store, inside the biggest mall in town. Just the thought of driving that direction made me groan. As usual, it was chock full of grumpy people who all felt the same sense of dread as me. I got in line and waited about five minutes until someone checked me in for my appointment. Two people ahead of me, a lady began to throw quite the temper tantrum. “What do you MEAN you are OUT of batteries. I had an APPOINTMENT. WHY would you even LET me make an appointment to replace a battery IF YOU DON’T HAVE ANY. What a waste of my day. I took off of work for this. THIS IS ABSURD.” The poor employee who took the brunt of that temper tantrum built for three did the best that she could to calm her, but she would not be calmed.

I watched this all go down and had two consecutive thoughts:

#1:  Wow, this lady is taking it to another level and is upset enough for three people. Chill, it’s not that serious. We are all mildly annoyed here and you aren’t special.

#2: Oh S#@t, that’s exactly how I probably would have reacted if I hadn’t just watched her do that.

That’s when I realized the real genius of that book. 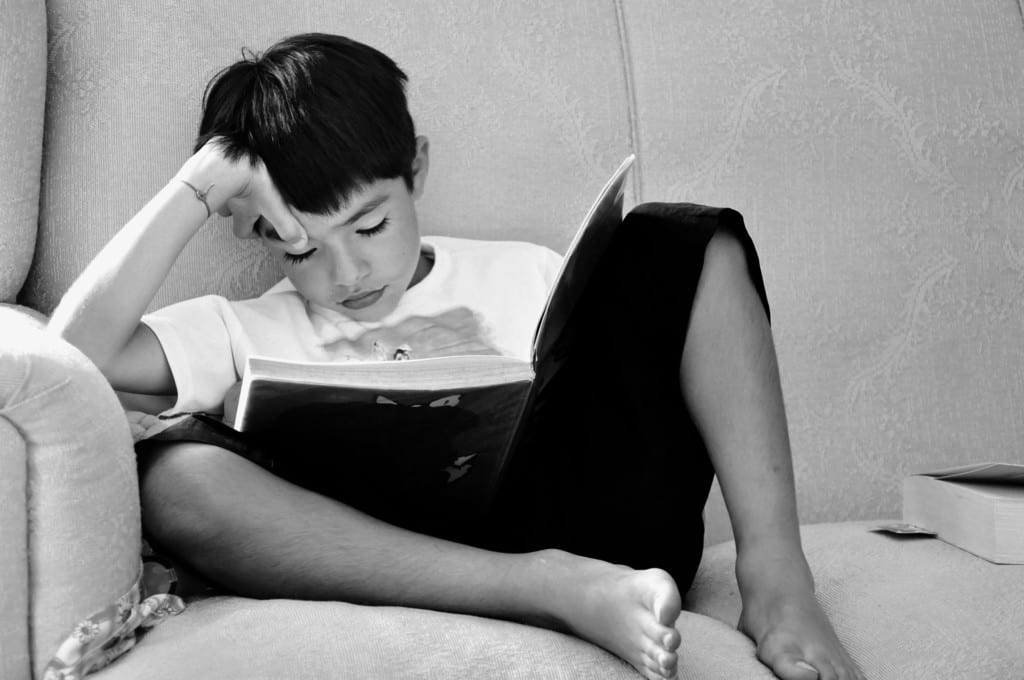 It was my turn and with a smile on my face, I informed that same berated employee that I also had a battery replacement appointment, but if I had heard the previous freak-out correctly, no batteries were to be found. She relaxed, smiled back and let me know that they were special ordering batteries for people in my situation and someone would assist me in just a moment. And you know what? Someone did, pretty quickly. He also gave me some of the best customer service I have EVER received. He calmly explained why the situation happened. He was thorough, personable, funny, understanding, and kind. If I had acted the way that angry lady had reacted — rather, the way that I probably would have reacted in another mindset, I would have missed out on all of that. Yes, I had taken a precious hour off of work to go do this. Yes, it’s a little annoying that I was allowed to make an appointment for something that couldn’t actually get accomplished. But in the grand scheme, neither of those things ruined my day and more importantly, my attitude about it didn’t ruin someone else’s. How much of life, and how many lovely people am I missing out on because I’ve been unable to out-think a hurdle, and decided instead that it was best to kick it or scream at it?

There will be times that I simply can’t out-think the hurdles that are presented to me. And yes, I will probably scream at a few and kick one or two in the future. But I can stop and take a minute to bring it down to the basics, which will set a positive example for my kids and those around me.

This post is not sponsored; I really believe in these books. You can find more information about the series and the author here.

If Everyone Could Just Stop Needing Me for a While, That’d...