Disclosure :: This post is sponsored by Jewish Community Day School.

The chatter starts right away, without preamble. “And we had to figure out why some of the grapes were floating and some were sinking! And do you know about haikus? And in Peter and the Wolf, the wolf sounds like a French horn!” This explosion of enthusiasm 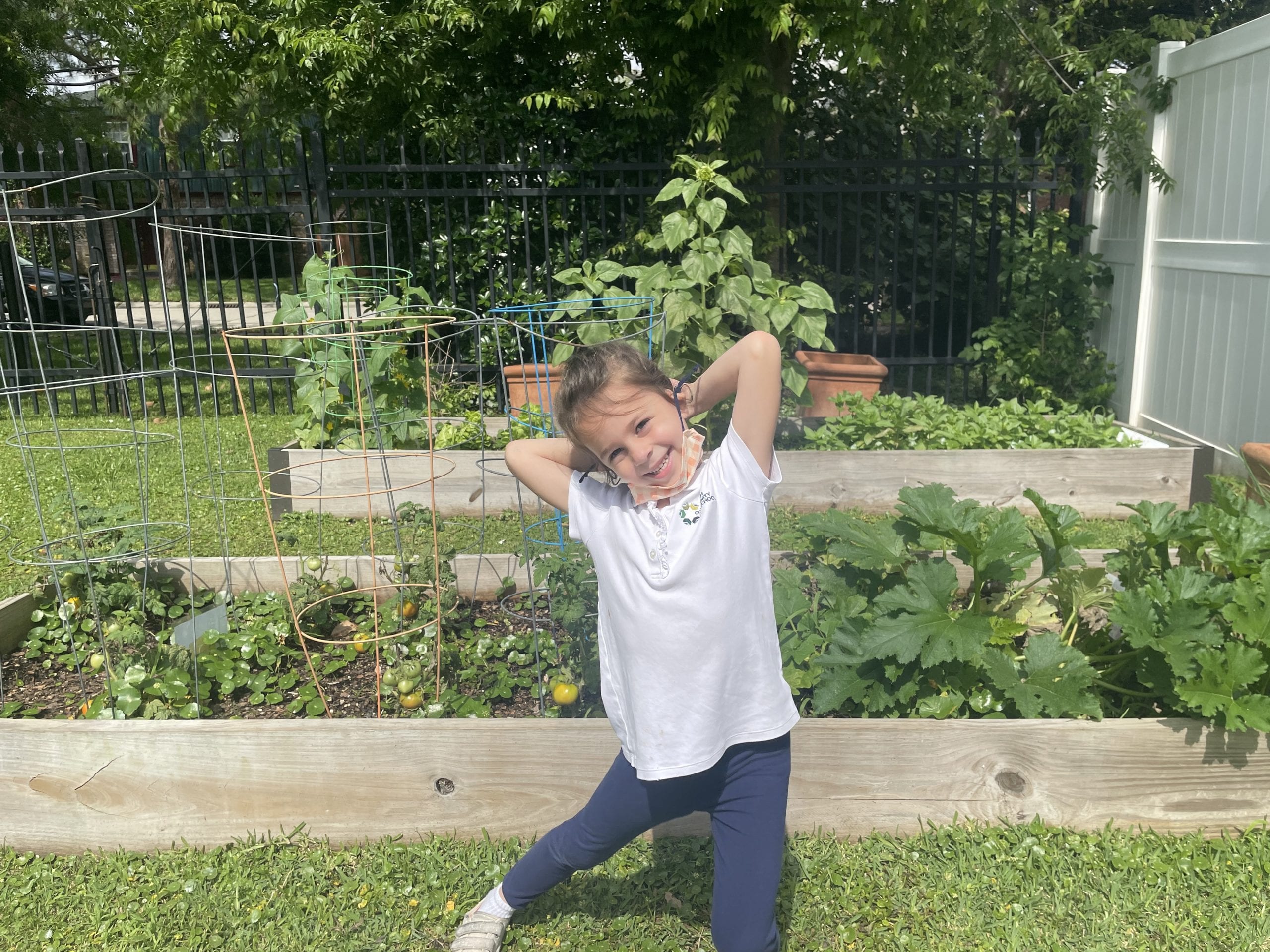 bursts from my daughters, ages five and eight, when they clamber into the car at after-school pickup. Both of them talk over each other (in typical sibling fashion) to tell me the highlights of their school day at Jewish Community Day School.

I hear similar reports from other school families. One parent’s fourth-grader was so jazzed about his “how to drop an egg from a significant height without breaking it” assignment that Mom had to force him to stop working to go to bed at a reasonable hour. Another child insisted on speaking in Shakespearean English all weekend after reading and studying Twelfth Night. A picky pre-K student actually tried and liked yellow squash after helping to grow the vegetable in the school garden.

This is the magic of JCDS. The zeal for learning doesn’t stop when the children leave the building at the end of each day.

As a former teacher myself, I know what it takes to plan an engaging lesson. I know how hard it is to account for different learning styles and varying skill levels. And sometimes the material just doesn’t lend itself to captivating lessons (Pythagorean’s Theorem, anyone?). But here’s where the JCDS faculty has cracked the code: none of the teachers plan lessons in a vacuum. They collaborate to present the material from the perspective of different disciplines.

The presidential election last fall presented JCDS with a fantastic opportunity to incorporate project-based learning across the disciplines. Of course, students learned the basics of citizenship and voting, but they also had a mock election, wrote and received postcards from students at schools all over the country, and created their own poetry inspired by Amanda Gorman, the youngest inaugural poet in history. Best of all, our students had a Zoom Q&A with a JCDS alumna who currently serves as the NBC News White House Unit producer! Just imagine the after-school pickup chatter that day!

Just as JCDS teachers are working hand-in-hand, that same principle is applied to the school itself and the Greater New Orleans community. One of the most important tenets of Judaism is tikkun olam, healing the world; our students hold that dearly and take community activism very seriously. This school year, JCDS students still managed to have a strong philanthropic presence, even while navigating COVID-19 protocols.  Students of all ages painted rain barrels for Green Light New Orleans, a sustainability non-profit focused on environmental conservation. Additionally, through the school’s robust Jewish Studies program, third and fourth graders raised funds to support NOLA Community Fridges, a grassroots resource addressing local food insecurity. JCDS students are taught early about the mitzvah of charitable giving, called tzedakah in the Jewish tradition.

Students at Jewish Community Day School aren’t just learning a rich curriculum of math, science, language arts, Hebrew, and Jewish Studies. They are learning to be well-rounded, curious, open-minded young people who invest in themselves, each other, and the world. After each school day, our kids’ minds are still racing with new ideas, and they can’t wait to share them. Now if only my girls would share those awesome ideas with me one at a time instead of both talking at once!

Lauren Gerber, more commonly known as “Paige and Tessa’s mommy,” is a board member 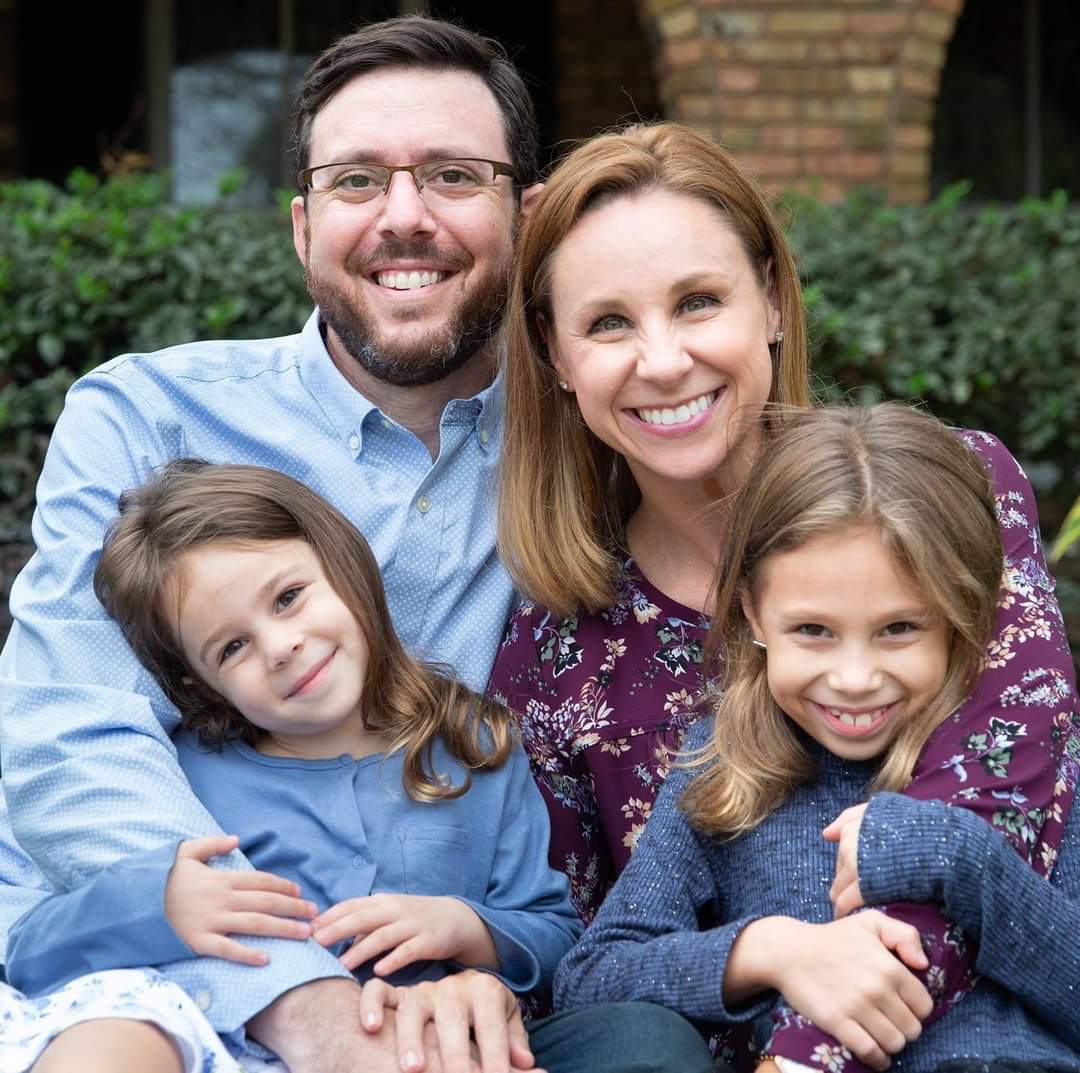 of Jewish Community Day School and president of the school’s Parents Association. She is the Rebbetzin for Congregation Gates of Prayer in Metairie, where her husband, David, is the senior rabbi. She is active in the congregation’s sisterhood and philanthropy. In a previous life (before kids), Lauren earned her M.Ed in Secondary Education, worked in education technology and served as the Publisher at Arcadia Publishing, Charleston, SC. An Ohio native, Lauren is now thrilled to be in New Orleans and has fully embraced everything from “festing” to second-lining.

I was Sexually Abused as a Child: What I Wish My...