As parents, we constantly compare notes with one another: when to potty-train, how to handle homework, tips on kid-friendly healthy meals, etc. Bedtime is no exception. In talking to other parents, I quickly realized that my oldest didn’t go to bed as early or as easily as his peers. Parents would complain about 6:30 soccer games ending so close to bedtime, but I had nothing to bring to the conversation. Soccer would end at 7:30, and my 5-year-old would still have a while before we’d start talking about bed. I quickly realized I was in the minority with the night owl child, and I wondered if we were doing something wrong, something that would jeopardize our boy’s health.

But a Bedtime Didn’t Work

See, we used to fight bedtime. We’d try to have him in bed around 8 o’clock, but it never seemed to work. He would lie there calmly, but two hours later, we’d pass by his room and notice he was still awake staring at the ceiling. If that’s what he was doing in bed, why not let him out of bed?

For as long as I can remember, I’ve gotten my energy boost at night. I didn’t have a bedtime as a child either. When I went to sleepovers, I outlasted everyone else. At home, I found peace staying up past everyone else in a silent house as I read or painted. I still do; in fact, it’s after midnight as I write this. And my husband is awake right next to me.

And He Bounces Out of Bed in the AM

My son wakes up with no problem. He is often the first one awake, teeth brushed, bright-eyed and bushy-tailed even on school days. He stays awake throughout the day, does well in school, and still has energy for after school activities.  If any of that was an issue, we’d reconsider our position.

We’ve mentioned that he doesn’t easily fall asleep to his pediatrician. While the doctor offered some suggestions, he wasn’t overly concerned. He counseled us on melatonin but didn’t push for it and left it to our discretion. We’ve used it but did not notice much of a difference.

But, We Have Found Some Strategies

Our son is 8 years old now. Since he was 4, he’s played some sport at our local playground. My husband and I have found that, hands down, on nights when he plays a game, he goes to sleep with no problem. So, our son plays whatever sport is in season. That’s at least 3 days a week all year long, but it’s so good for him. We all enjoy our nights at the park, and on those nights each week, our boy is worn out and rests well. On the other nights, we send him to bed around 9:00. He reads a book by the light of a small bedside lamp and eventually drifts off to sleep. 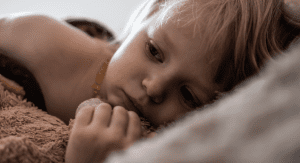 What about you? Do you have a child who requires little sleep? How do your children fall asleep? 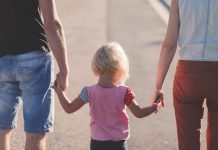 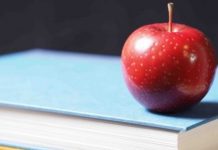 Hail Thoth: A Love Letter from a Pediatric Nurse

Daily Sharing: Not Just Together, But Connected