What My Unexpected Pregnancy Taught Me About Myself

When I met my husband almost ten years ago, I told him that we could date if he wanted to, but I didn’t want to be married and I definitely didn’t want children. Being the patient and loving man that he is, he waited three years for me to ask why he hadn’t proposed yet. Four years into our marriage, we were still giddy in love. We also still agreed that we didn’t want our own biological children.

Just after our four-year anniversary, I started feeling sick, very sick. I thought I had the flu. I was exhausted, I spent my lunch breaks napping in my car, and the smell of food was making me physically ill. I love food. This was absolute torture. 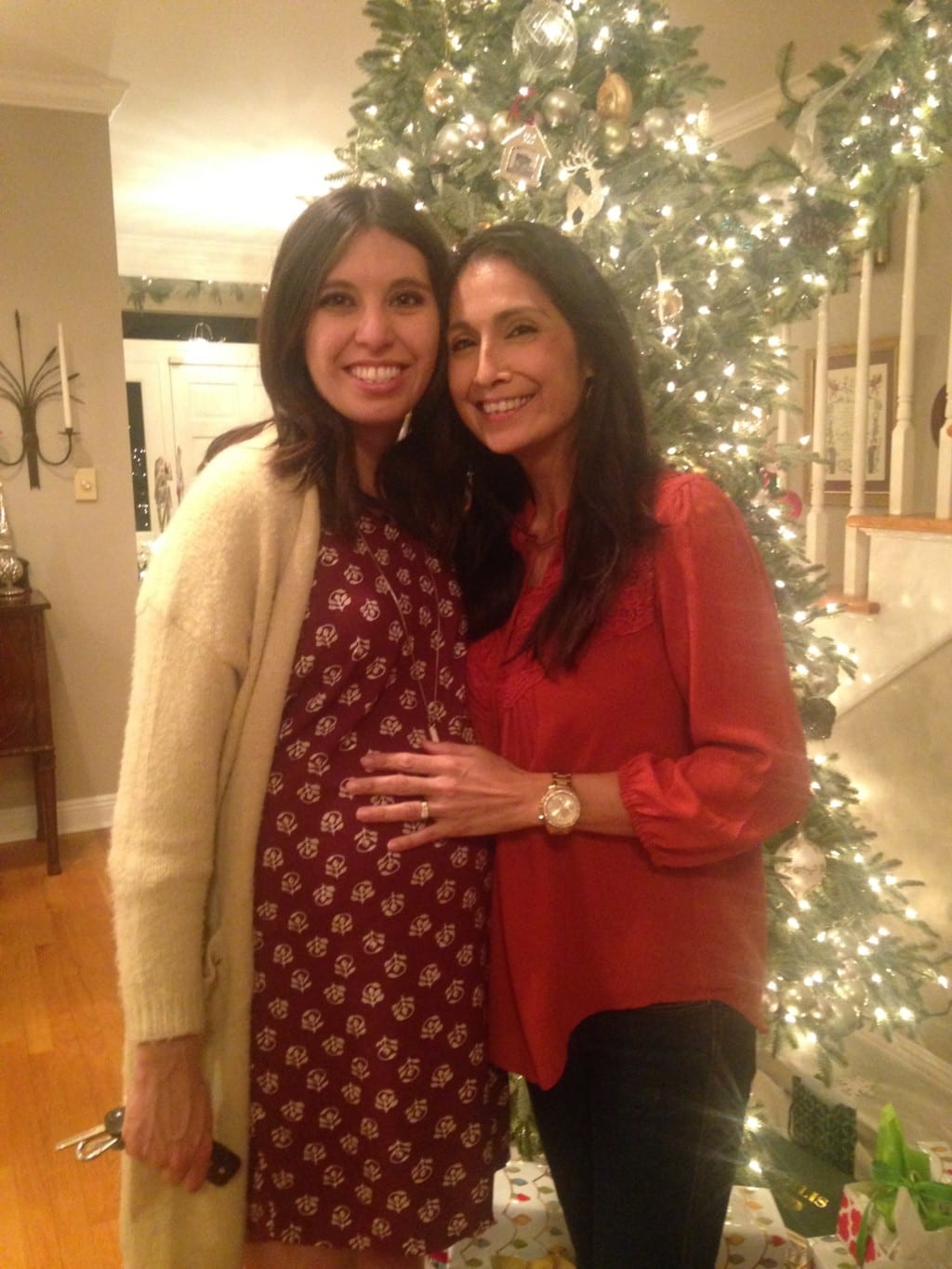 I left work one day because I thought I might be contagious and when I returned, my boss suggested I take a pregnancy test. I laughed at the ludicrous suggestion and responded by telling her we didn’t want children. Because that’s how it works, we decide what we want and don’t want to happen in life and events follow accordingly. Right?

I left work on Friday and stopped at a local pharmacy to buy a pregnancy test. I had done this before. About two years into our marriage I thought I might be pregnant so I went to the store and bought a pregnancy test and a bottle of wine. The wine was for the celebration when the test came back negative. I know it sounds harsh, maybe even insensitive, but I just knew I didn’t want to bring a life into this crazy world. Talk about mom guilt. I couldn’t even bear the thought. But alas, there I was, standing awkwardly in line behind a guy waiting for Virginia Slims, holding my early detection pregnancy test.

I finally found the will to take test on Saturday night. I would say I waited anxiously, but anxious isn’t an adequate adjective to the near hyperventilating that was happening. I paced my apartment, timing the test. Those were the longest four minutes of my life. Finally, the results were ready. I quickly glanced over how to read the test one more time, just to be sure, and wait, what was that? Two lines means positive? But does a faint line count? That’s the real question. I texted a friend (I know, how millennial of me) who answered that question with one word that changed my life — “Yes.”

It took me approximately three weeks to stop taking pregnancy tests. I finally relented when the doctor let us listen to the heartbeat at eight weeks. I cried. The doctor told me it would be okay. I believed her. That was the best decision I ever made. 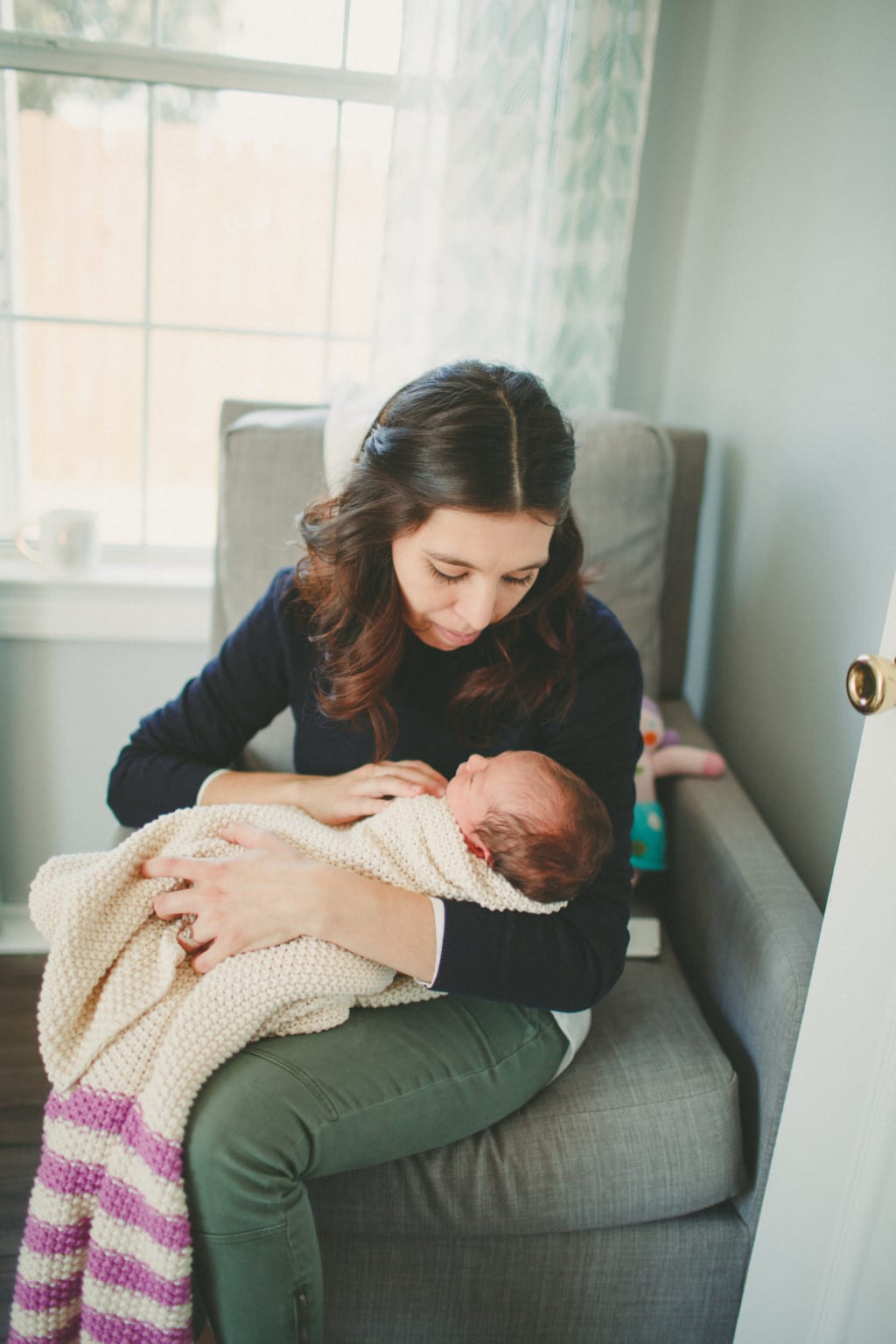 Having an unexpected pregnancy is one of the most challenging experiences I’ve ever been through. I mean, my therapist and I were just getting somewhere with my control issues – now this! Being pregnant took the control away from me and gave it to this little being inside of me. I stopped eating Popeyes because I wanted only the best nutrients to reach her little body – talk about sacrifice! And while the beginning was tough, those nine months began to morph me into a new person that was birthed in that hospital room, alongside my daughter.

In just four months, she has made me a different woman; I am selfless, I am comfortable in my own skin, I can speak confidently about my capabilities and preferences, I know with certainty what I will allow and what I will not bend to. I can live alongside other women without shaming or condemning them over what I may have once seen as shortcomings. My daughter’s life is teaching me that we are all in this together, the day-to-day chaos that is parenting.

Her sweet coos open my eyes to pieces of my husband that were yet to be revealed. She brings out his soft side, which is evident while I eavesdrop on him as he whispers that she’s beautiful. Her innocence is both refreshing and heartbreaking because I know one day it will cease to exist. Someday she will meet someone who makes her see the glass as half empty, she will encounter a circumstance that she thinks she cannot overcome, and I will have to watch her struggle. The small moments I have with her now, watching her find her feet and listening to her shrill squeals, those are what I cling to when I see the world devolving all around me. Her big eyes and gummy grin give me hope for her purpose, they remind me that she can be a difference maker. And while I was not planning on being a mom, she is the best choice I have ever made. 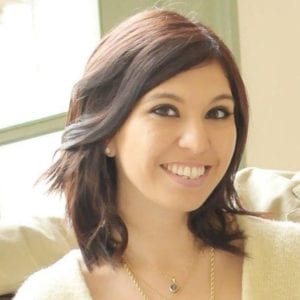 Nadia was born and raised in New Orleans. In 2005, she ventured out on her own to Dallas, Texas, where she had one friend, two suitcases, and high hopes. She graduated college but her gypsy spirit kept her on the move. From Texas, Nadia moved to Florida, where she lived for five years with her husband. As a native New Orleanian; however, Nadia felt she had no choice but to move back home and contribute to the culture and society she was raised to adore. The move came just in time as she and her husband recently welcomed their beautiful daughter into the world. When she isn’t writing, Nadia enjoys traveling, shopping, and designing jewelry. Other vices include eating out too often, straying from her budget, and biting her nails.

A New Chapter of Thankfulness: One Mother’s Journey to Gratitude