The loneliness of motherhood is this mysterious enigma that somehow manages to polarize mothers and non mothers. It’s hard to explain, though thousands of writers and bloggers have tried. What it comes down to is that you won’t ever understand the lonely sting until you’re awake at 3am with a hungry baby, scrolling through your Instagram feed only to find that everyone is out without you, and you had no idea. 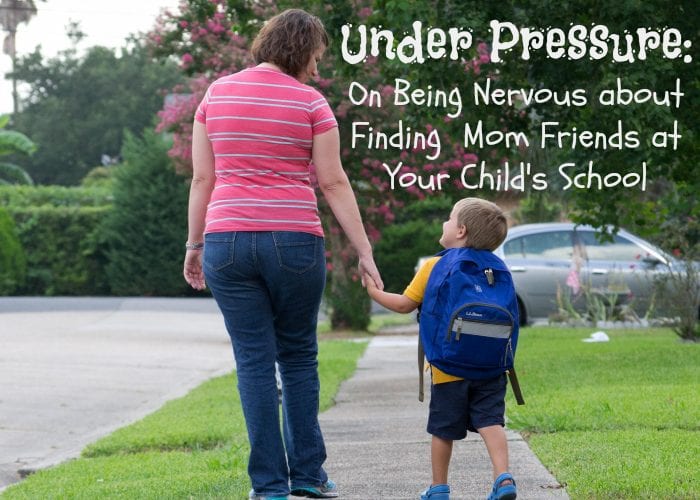 I was the first of our local tight-knit group to have a baby. Everyone jumped in, and we totally had the village thing going on during the pregnancy and B’s first and second years of life. He was a social pick-up-and-go kid; he learned to nap wherever he landed. I was a little lonely for other mom friends, because the other friends that had babies during that time had either moved away or were on different schedules. Or maybe I didn’t do a good enough job of holding them close, I don’t know. But I still had my core group; even though they were at a completely different place in life, we were all together.

It wasn’t until I got pregnant with the twins that I started to long for real life mom friends who understood why it took 45 minutes to get out of the house, why I couldn’t always afford to “just get a babysitter!” or I needed a minimum of two days notice to attend a girls night event. They did their best to include me, but as the pregnancy wore on, I got less mobile and less able to be a part of everything. The invitations didn’t stop, but they definitely slowed down.

When the girls were born, everyone rallied around us and I felt like I had my village back. But after a few weeks, things got quiet. I didn’t fault anyone for having their own life, but I’m a very, very social person once you get to know me, and I need to be surrounded in order to feel like the best me. We barely left the house because of logistics, and everyone was busy living. I got sad. These people had been such an integral part of day-to-day life and then suddenly it felt like I had been forgotten about [even though we weren’t actually forgotten about]. I reached out. There were a few difficult discussions, and we all tried to make more of an effort.

Now that the twins are older and we’re getting more portable again, life is getting back to normal, and we’re seeing our friends more. But there’s a part of me that’s seeking the companionship of other moms. I tried to find mom groups, but most of them are for stay at home moms or branches of faith-based groups. I fall under neither category. So where’s a working mom with school-aged kids supposed to meet other moms? Apparently, the answer is…school.

My son is starting preschool at an excellent school that would normally be out of our reach, but since my husband is a teacher there, we are making it happen because we believe that he should have the best education we can provide. Also, hello convenience of daddy drop-off! I’ve known for a while that I would have some anxiety about falling into place as a mom of a student there, but denial is more than just a river in Egypt. I was doing just fine until someone reminded me that, in theory, I’m supposed to find friends among these other moms.

Do you know how much pressure comes with that statement?

The invitations for the meet & greets started to pour in, and I became terrified of what would happen at them. I even posted an Instagram photo of the invitation where I admitted how anxious I was to attend. A room full of pretty people with a completely opposite lifestyle is my kryptonite; partially because I am a coat-tail rider and introverted extrovert, partially because I feel looked down upon, whether it’s actually happening or not. Once I’ve met you twice via an introduction from someone else and we can move past the small talk, I’ll talk your face off and be a fierce friend if you let me in. I even think I’m kind of an interesting and occasionally funny person. Stick me in a room full of [pretty] strangers, and I cower in the corner wishing I had a prescription for Xanax.

I pep talked myself the entire week before the first event. “Look for the other moms who look uncomfortable,” people told me. Everyone is going to be nervous. Just be YOU and you’ll find a friend. You’re likable and funny, people who can’t see that aren’t worth your time, they said. When the day came, I had the fabulous and fashionable kidless friends mentioned above approve my outfit, and I walked to the door terrified but mustered. Once I walked IN the door, my resolve crumbled and I went mute. I ate a single serving of a salad that I could’ve devoured and nibbled on a sandwich smeared in mayonnaise. I hate mayonnaise. I survived only by finding the people I’ve known for years who were hosting. At the very end, I pulled myself together, found a friendly-looking face who wasn’t standing in one of the many closed circles, and I introduced myself. We talked about our boys, and I found myself hoping that her son would be in my son’s class just so I’d have a friendly face to look for on the first day of school. I left feeling exhausted and vulnerable, hanging on by the thread of hope that I had maybe, just maybe made a friend. 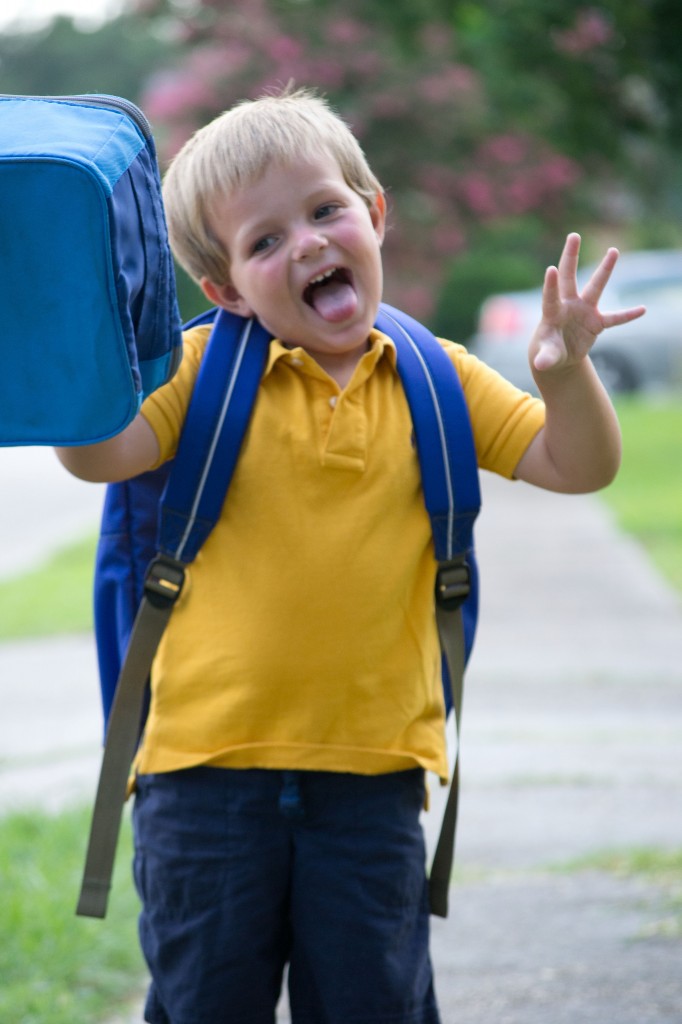 I cried that night, terrified I would never fit in with any of them. I let myself be worried about the things that I rationally know are ridiculous, like not having the right clothes or purse, not attending the right school, or knowing the right people. I found myself telling a friend, “I ate mayonnaise for these people!” I said I wouldn’t attend the next two functions because I didn’t have it in me. But really, no one made me eat the mayonnaise except me. I put the pressure on myself to be perfect and likable. Normally, if I don’t like the mayonnaise on the sandwich I pick up, I throw the friggin thing away. Why was this so different?

After some time to get over myself, I let my husband drag me to a much smaller gathering at someone’s house so the boys could play. In that setting, I was able to hold real conversations with people. Guards were let down, and I might have even made a couple of real connections. At the very least, I had a few names and faces to look for at the next event and first day of school.

Be true to yourself.

What I want to say is this: be kind (and true) to yourself. It’s easy to revert back to feeling fearful and insecure about new situations and new people. We put SO MUCH pressure on ourselves to be the perfect everything that we stress ourselves out and don’t let the true, likable us shine through. It’s hard to stand firm in your belief in yourself as not only a mom, but a person. It’s taken me 31 years to figure out who I am, what I will tolerate, and to get the gall to give the proverbial middle finger to those that decide I’m not worth their time without even taking the time to get to know me.

So, if your child is starting at a new school, remember that most of the people walking in the door are probably feeling just as anxious and pressured as you are. A wise person told me recently that anxiety and insecurity are often disguised as snobbery. Do your best to find a friendly face and say hi.

What are some ways you’ve learned to open up when meeting new people?

I’m Just Not That Kind of Twin Mom

I Can’t Tell My Twins Apart